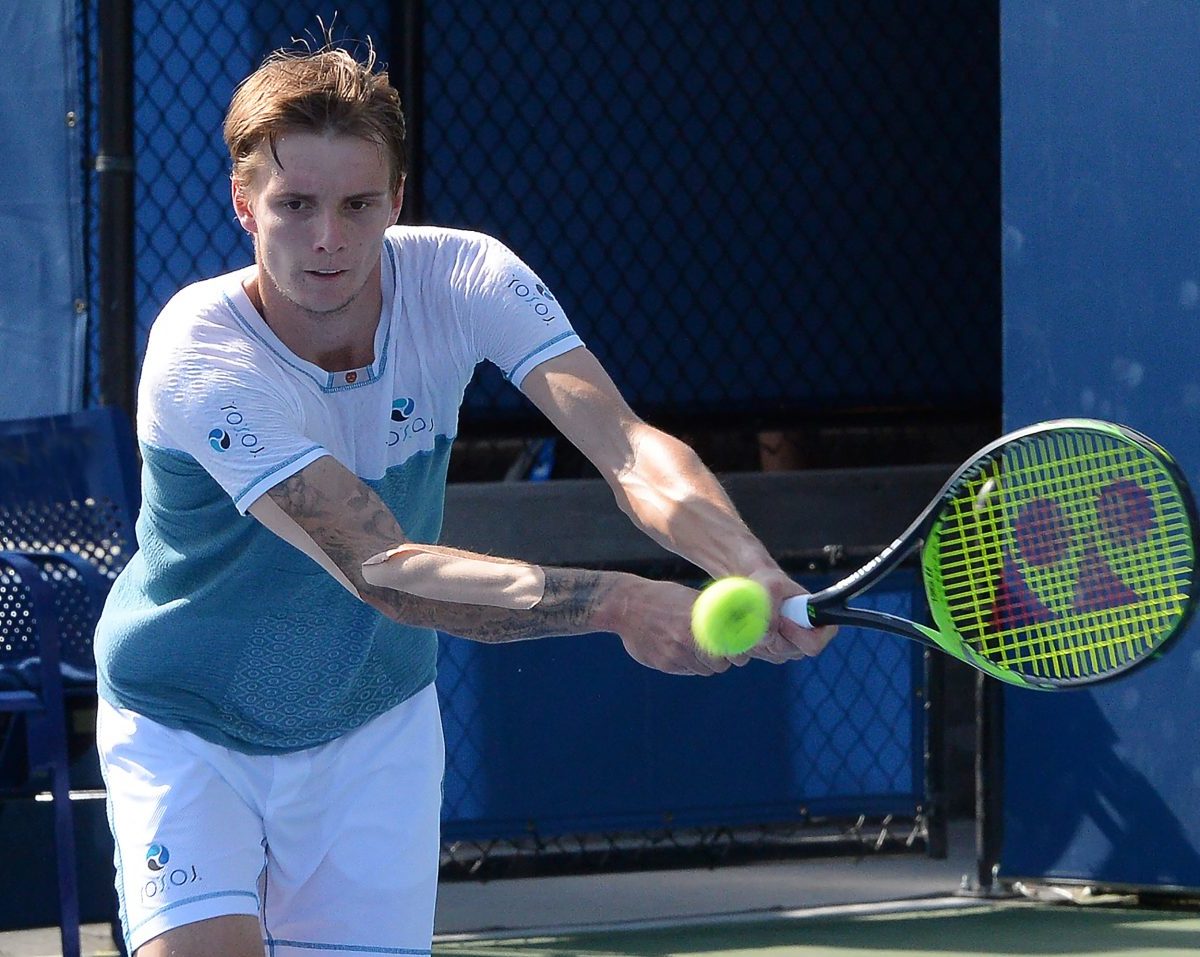 Alexander Zverev exited in the first round for the third time in five Rotterdam appearances on Wednesday, with the wildcard third seed going down to Kazakh Alexander Bublic 7-5, 6-3.

The world No. 7 German last competed in the Dutch port city in 2018, winning a match before losing to Andreas Seppi.

Zverev lasted an hour and a quarter against Bublik, dropping serve four times in the empty Ahoy stadium where crowds are banned due to COVID restrictions in a country with an evening curfew.

“Beating Sascha is great,” No. 43 Bublik said. “There were ups and downs for both of us throughout the match, I got a bit lucky and I was perhaps a little more consistent. I’m just enjoying playing matches right now.”

Bublik made a quick adjustment upon arrival from last week’s ATP tournament in Singapore, where he lost the final to Australia Alexei Popyrin. he also played a 250-level final in Turkey two months ago (lost to Alex de Minaur).

He next plays American Tommy Paul, a winner over Italian Lorenzo Sonego 6-4, 7-6(7) in two hours.

Against Zverev, Bublik held his nerve, saving a pair of break points as he served for the win.

The loss was a blow to Zverev, who put together a 12-match win streak indoors last season, thanks to back-to-back titles in Cologne in October in that double-up new event and the final at the Paris Bercy Masters, where he lost to Daniil Medvedev.