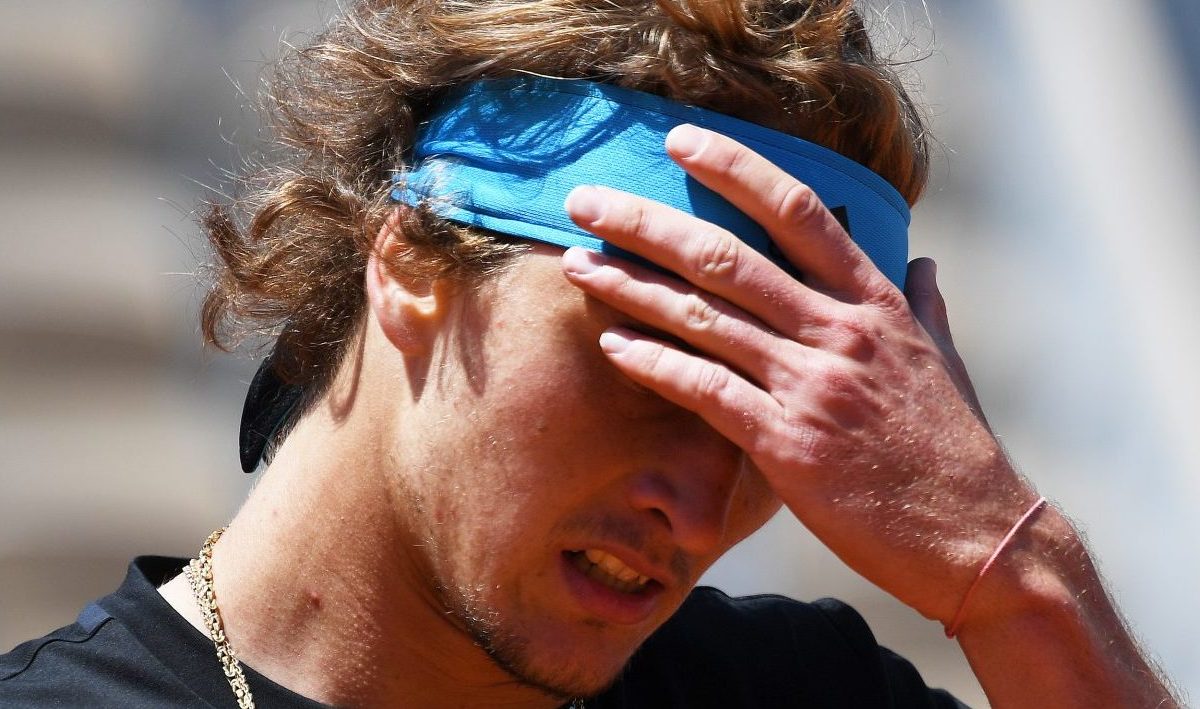 Zverev, who cracked a racquet after losing the fourth set against the Aussie who stunned Roger Federer last autumn at the US Open, needed to call upon all of his reserves to finally go through.

The end came as Millman let go of a 4014 lead, with Zverev breaking for 5-3 before serving out the difficult win moments later.

“I’m excited to what’s coming ahead. I’m still in the tournament, and that’s all that matters.”

.Zverev, who holds 11 career titles after winning Geneva at the weekend, earned his best Grand Slam showing in Paris a year ago with a quarter-final, which he lost to Dominic Thiem.

“In Geneva, I won a lot of tight matches that I lost this year on the clay, and, you know, I think Geneva helped me today.

“Obviously very different conditions out there. Very difficult to play today. But, it’s great that I came through and this is the most important.”

Juan Martin del Potro, the eighth seed, dropped the opening set but settled in for a 3-6, 6-2, 6-1, 6-4 defeat of Chile’s Nicolas Jarry, finalist at the weekend to Zverev in Geneva.

The match was played under threatening skis, but with rain failing to materialise.

“I had a slow start because of the weather conditions, because of his game,” the South American winner of the 2009 US open said.

“We’d never played each other, I was trying to find  way of the game.

“But in the second set, I took the control and I started to play a little bit better; I feel better on court.”

“I took all my chances, and I closed the match playing much better than the beginning.”

Delpo’s win was his 95th at a Grand Slam and 20th in Paris during a career plagued by wrist injuries and – most recently – a knee injury which kept him off court from last October to this month, with a brief comeback attempt in February.

“I finished Rome (quarter-finals) in very good shape. I had a week off for train hard, so I feel a little bit better than Madrid (comeback event where he lost in the first round).

“The main goal is trying to stay healthy so I can make a smart schedule on different surface (grass) without thinking about my knee.”

The match was the eighth meeting here between Italians in the Open era, with Fognini now standing 5-4 in their series.

“I have to be honest, I just came here in the best moment of my career,” Fognini said.

“But I’m one of the 128 in the draw that they want to do well, especially in this tournament, because is my best one (surface).

“I  know that it’s difficult, I have really tough second round. So I’ll just focus on that.”

American Taylor Fritz beat an out-of-sorts Bernard Tomic 6-1, 6-4, 6-1, with the Australian admitting he agrees with compatriot Nick Kyrgios that the clay surface “sucks.”

Fritz took full advantage of the lack of interest to reach the second round here for the first time in three attempts.

“It was kind of weird. In the first set, he hit some good shots but not move a lot,’ the American said.” So I felt like if I kind of just worked the point, then I would win.”

Fritz was the absolute lone bright spot for the US, with eight of nine men losing in the first round.

The combined ages of the pair was the oldest ever in the Open era at Roland Garros.

Karlovic, who hammered 35 aces, is oldest men’s competitor at the event since Jimmy Connors at the US Open in 1992 (age 39).

Brit Kyle Edmund finished off a two-day contest interrupted by darkness, advancing in a 7-6, 5-7, 6-4, 4-6, 7-5 marathon win over Frenchman Jeremy Chardy.

But Cameron Norrie from Britain was unable to gain traction against French qualifier Elliot Benchtrit, going down 6-3, 6-0, 6-2 in less than 90 minutes.

“I started a little bit nervous, and honestly, I never really got into the match at all,” Norrie said,

“All credit to him. He was too good today.”