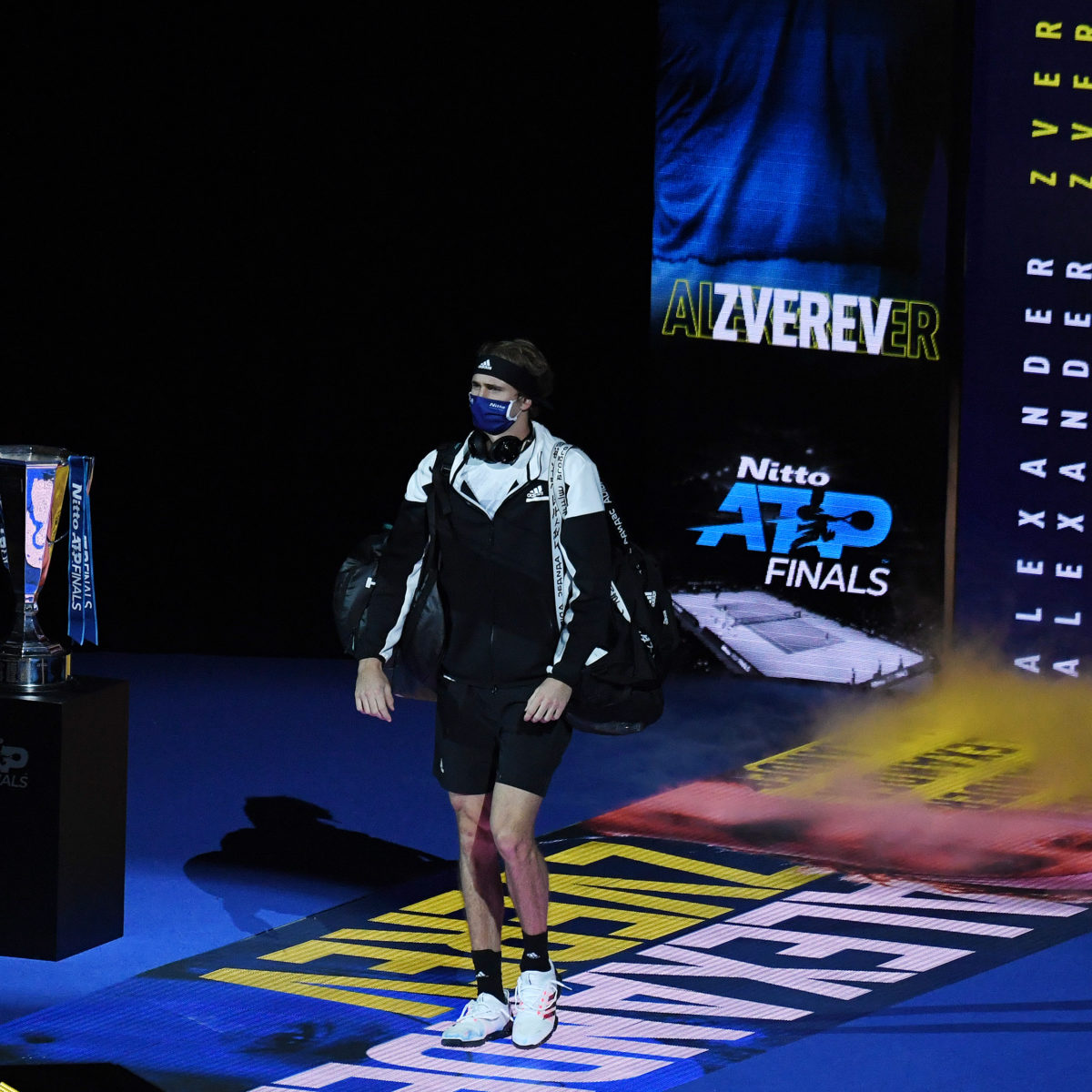 The plot thickened on Wednesday in the race for a semi-final place at the ATP Finals as Alexander Zverev earned his first group victory 6-3, 4-6, 6-3 over Diego Schwartzman

Both men came to the court with defeats in their first round-robin matches on Monday in London in a year-end wrapup being played in an empty stadium due to COVID-19 quarantine.

The outcome now leaves Novak Djokovic to determine his own fate in the day’s second contest later. Should the ATP No. 1 defeat Daniil Medvedev, he would be well on the way to the final four,

He and Zverev will then meet in Friday’s last of the round-robin matches.

Djokovic will be trying to reach the semis for the ninth time in 13 Finals appearances.

Zverev, who won the year-end title here in 2018 over Djokovic, came to the court with several distractions, including an alarmingly ineffective second serve.

The German is also embroiled in a “he said, she said” drama with a former tennis player girlfriend who has accused him of domestic abuse; Zverev has  said the accusations are baseless.

“I played much better than Monday, Diego is a difficult player, he deserves to be here,” the winner said.

“It was not an easy match so I’m happy to get the win, I said at the start of the week that I hoped to improve in every match and that’s what I’m doing.

Zverev and Schwartzman traded early breaks of serve in the first set before the 22-year-old US Open finalist took the opener after 40 minutes.

Schwartzman mounted a fightback as he trailed a set and a break, denying Zverev a double break of serve and eventually squaring the match in a dogged effort.

Zverev regained control in the third set, breaking for 3-2 and finishing off on his first match point after two and a quarter hours. Schwartzman had won 15 of 20 matches since a first-round US Open defeat in August.

Zverv is taking nothing for granted as he continues the fight to make it to the weekend.

“I had a small injury from Paris (Masters) and I needed time to recover and get back to rhythm,” he said. “I hope to play even better on Friday.

“I’m treating this just like a regular tournament – I need to win every match. Today I went out and did my job.”