Zverev to try his luck with Ferrer as coach 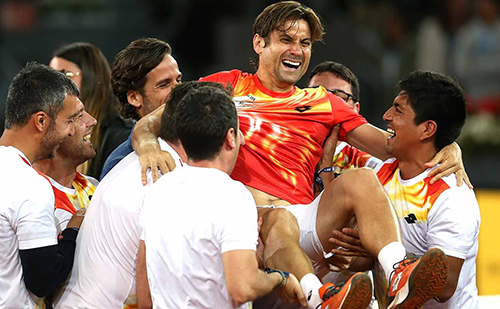 Alexander Zverev will head into the unknown this month in the virus-plagued US with new coach David Ferrer added to his team.

The Spaniard who retired in 2019 and serves as TD of the April Barcelona clay event was given the nod by the German after several weeks of trials last month in Monte Carlo.

ATP No. 7 Zverev, who has barely stopped playing exhibitions during the five-month tennis shutdown caused by COVID-19, remains one of the few top players who sound keen about venturing to the US, with its world-worst virus infection rate and record setting death toll approaching 150,000.

US Open officials are piling on the backroom pressure to get both their Grand Slam and the sister “Cincinnati” Masters – both to be played in a player isolation bubble in New York – approved by government officials.

The final all-clear has yet to be announced.

The no-fan, no-media social and health experiment – Cincinnati begins less than three weeks, to be followed by the Open – is controversial at best.

Former No. 3 Ferrer, a great mate of Rafael Nadal, will be taking his first coaching assignment on Team Sascha. Zverev has had poor luck with coaches, having dispensed in recent seasons with former Grand Slam winners Ivan Lendl and Juan Carlos Ferrero of Spain.

“The test phase is over. We are together, a couple. We understand each other incredibly well and are now a team,” the younger Zverev said.

“David and my father are both my head coaches now. My dad’s not getting any younger. Both are extremely important in the team,” he told Germany’s Tennis Magazin.

Zverev was the last player to face Ferrer as the Spaniard ended his career in the Madrid second round last year.