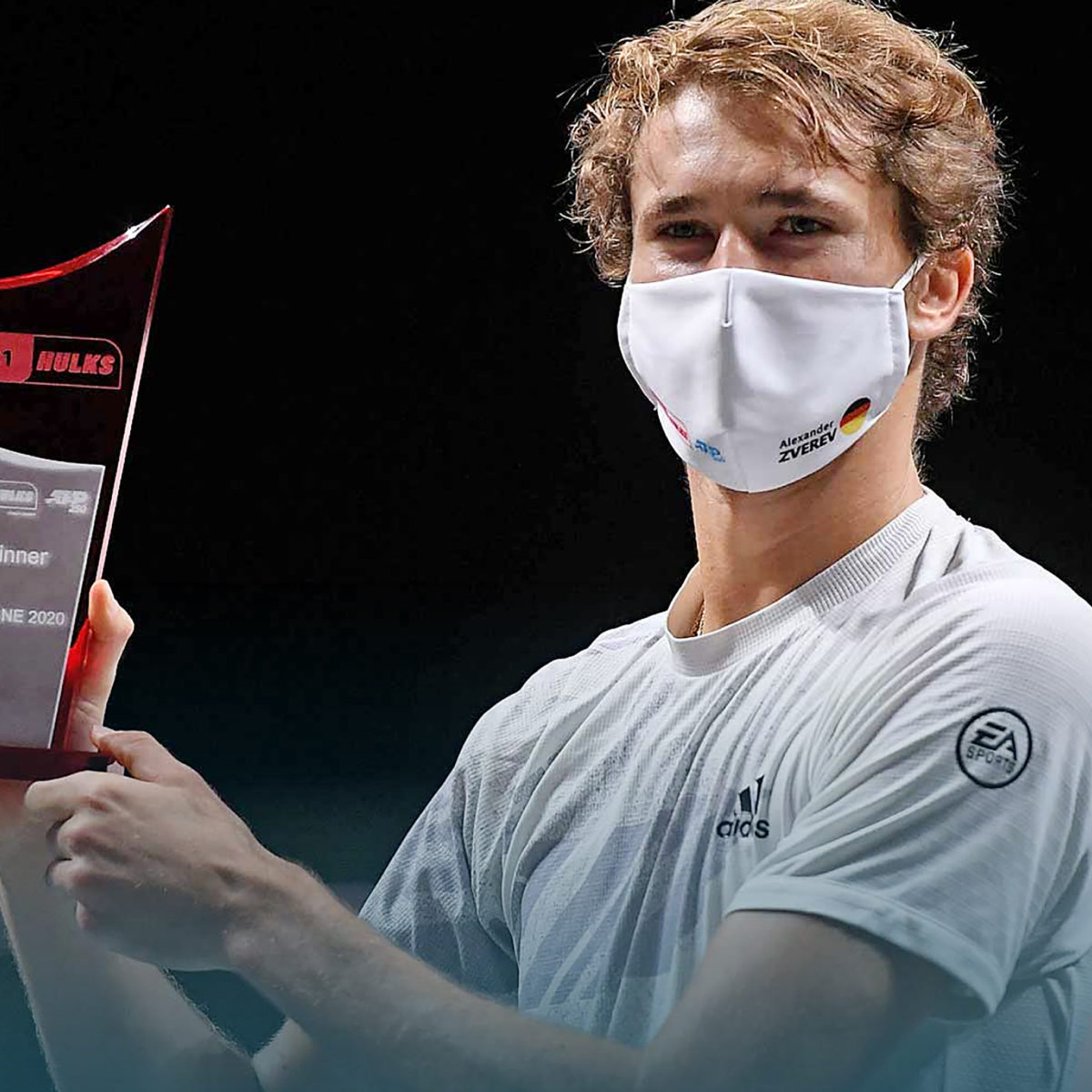 Alexander Zverev dominated for a second straight week in Cologne as he defeated Diego Schwartzman 6-2, 6-1 on Sunday to earn a second consecutive title here at the ATP indoor double.

After winning last Sunday in the first of  the two-week series, the No. 7 spent 71 minutes in trouncing Argentine Schwartzman to earn the 13th trophy of his career.

Ninth-ranked Schwartzman, who has finished runner-up in three finals this season – Cordoba and Rome were the other two – remains in the chase for a spot at November’s eight-man year-end Finals in London.

Without specifying the exact problem, Zverev said he had considered retiring 48 hours earlier, but soldiered on with winning results as he won his eighth match in a row here.

“Two days ago I was not sure if I could finish the tournament,” the German said. “Now I’m happy I didn’t retire.

“Congrats to Diego for the past few months, he’s one of the best in the world, reaching the Rome final after beating Nadal in the semis on clay,

“I’m sure you will make it to London, I’ll see you there.”

Zverev broke five times in his quick victory, serving up nine aces. Schwartzman was out-played on the day and said there was little he could have done.

“Sascha was much better today, he played really well – solid, aggressive. He deserved to win here both weeks,” the Argentine said.

He was just perfect on the court today. It’s a long season for me, but I know I’m doing a good job.

“It was just not for me today in this final.”

Zverev took his second home trophy in front of a handful of masked fans due to the worsening COVID-19 situation in the country.

He will rest next week instead of travelling to Vienna for the ATP week in the Austrian capital.

“A lot of tournaments pulled out (cancelled) due to the virus. But this event was special inside the bubble,” the 23-year-old said. .

“Thanks to the organisers for putting it on, I hope the ATP takes notice and stages this event on a yearly basis.

“I’ve missed playing in Germany, I’ve not done that for 14 months – the last two weeks were special for me.”