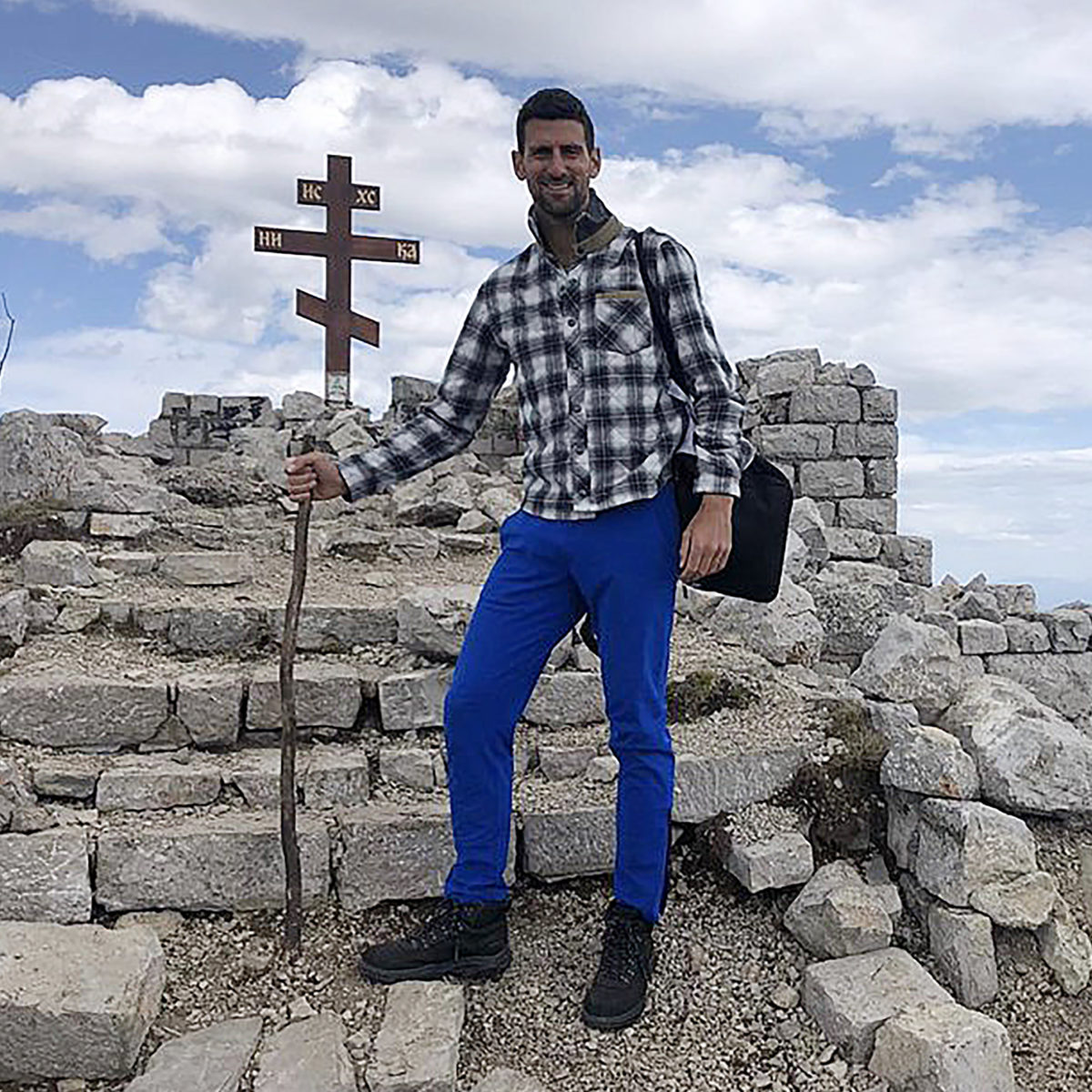 Novak Djokovic skipped this week’s Madrid Masters due to burnout. But the spiritual Serb has found the motivation to scale a holy mountain at the weekend.

The world No. 1 whose tennis has been far from spectacular after his February win at the Australian Open, has put his racquet to the side for a few weeks and is due for a competitive return a week from Monday in Rome.

Meanwhile, he, wife Jelena and a few friends took a hike up the revered Mt. Rtanj, 200 km south of Belgrade.

Djokovic, who has professed belief in the healing power of water and who refuses to reveal whether he would take a COVID vaccination, called the venue “one of the most mysterious and energetic places that exists in our country.

“When you reach the top you feel proud of yourself.”

While he ponders life, Djokovic’s rivals are on the move, with Rafael Nadal closing in on th Serb’s record of 36 Masters 1000 titles.

Should Nadal pick up a sixth trophy next weekend in Madrid, the Spanish king of clay would pull level on the lead with Djokovic.