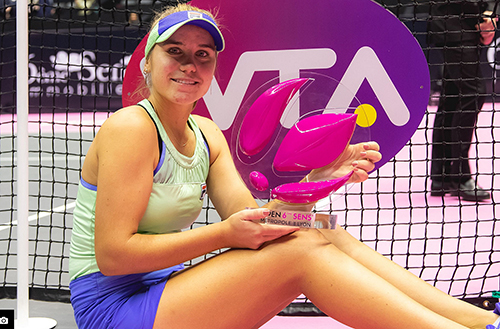 Spanish media report that the WTA is set to announce a rewrite of the current tournament structure, synching it up with that of the ATP.

Sports daily MARCA said the news will drop next week on December 2 and that women’s tournaments will be categorised from next season as 125, 250, 500 and 1000 (ranking point) levels.

The system has been in use on the ATP for some years, facilitating a better understanding for fans as to what is at stake each week.

WTA events have been categorised as a rather confusing Premier Mandatory, Premier 5, Premier, WTA International and 125K .

The new 1,000-level WTA tournaments – equivalent to the ATP Masters 1000s – will be mandatory for eligible players.They comprise Indian Wells and Miami on hardcourt in March, Madrid in May on clay and Beijing in autumn.

Added to that list would be today’s “Premier 5”: Doha/Dubai (which alternate annually), Rome, Canada, Cincinnati and Wuhan .