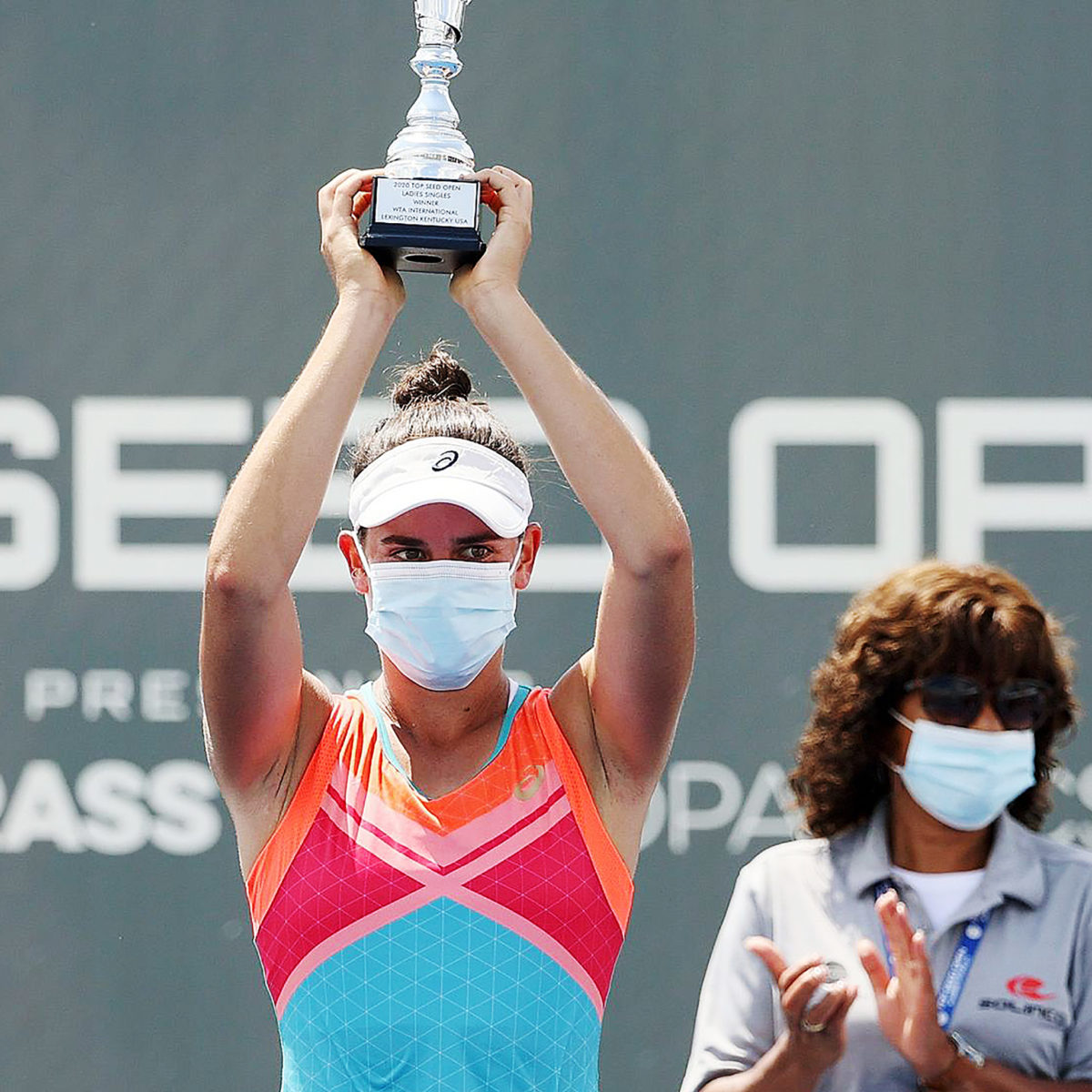 The WTA rankings are back under a revised system, where a player’s ranking will be comprised of her best 16 results in singles and best 11 results in doubles based on the points earned between March 2019 through December 2020.

And there has been some notable changes with Lexington champion Jennifer Brady jumping to No.40 after her first WTA title in Kentucky.

Coco Gauff, who Brady beat in the semis, rises three places to No.50.

In the doubles rankings, there are big rises for Lexington champions Hayley Carter (up from No.43 to No.38) and Luisa Stefani (up from No.45 to No.39).

Jil Teichmann has risen nine spots from No.63 to No.54.

Kristyna Pliskova rises five from No.69 to No.64 after a good run in Prague.

dismissing second seed Petra Martic in straight sets in the round of 16, and falling only to third seed Elise Mertens in the semifinal.

Shelby Rogers had great week in Lexington and rises 21 places from No.116 to No.95.