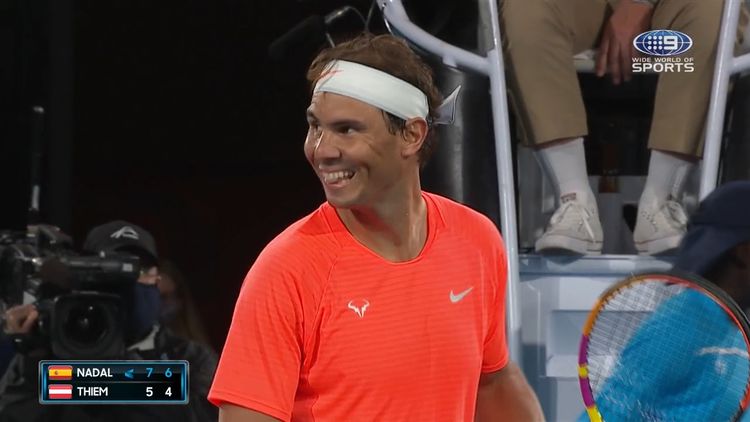 Rafael Nadal praised Australia for controlling the COVID-19 pandemic as he defeated Dominic Thiem 7-5, 6-4 on Friday at the Adelaide exhibition tournament in front of 4,000 unmasked fans.

The one-off event played by the cream of the men’s and women’s game, came at the end of two-week quarantine in the South Australian capital by the elite of the sport.

“Australia is an amazing, positive example on how to control the pandemic,” the world No. 2 said of the nation where the virus has been subdued. “Congrats to the country.

“The last two weeks have been great, though it’s not ideal to stay 14 days in quarantine – but that’s how we have to do the things today.

“We thank South Australia and Tennis Australia for all the positive things. It’s an amazing pleasure to be in Adelaide for the first time in our lives.”

Thiem, who lost a pair of Roland Garros finals to Spain’s king of clay, was gracious as he played his first match since the ATP Finals in November where he beat Nadal in a group match.

“This guy doesn’t give much away or share – especially not in Paris,” he said of the 13-time French Open champion.

“It’s been (2020) a very tough year for everyone, very one, still one of great success for me,” the US Open winner added.

“We are thankful today for being in Australia and for what the country has done for us (preparation for the Australian open from February 8).

“There is almost a full crowd here and we haven’t had that for almost a year.”