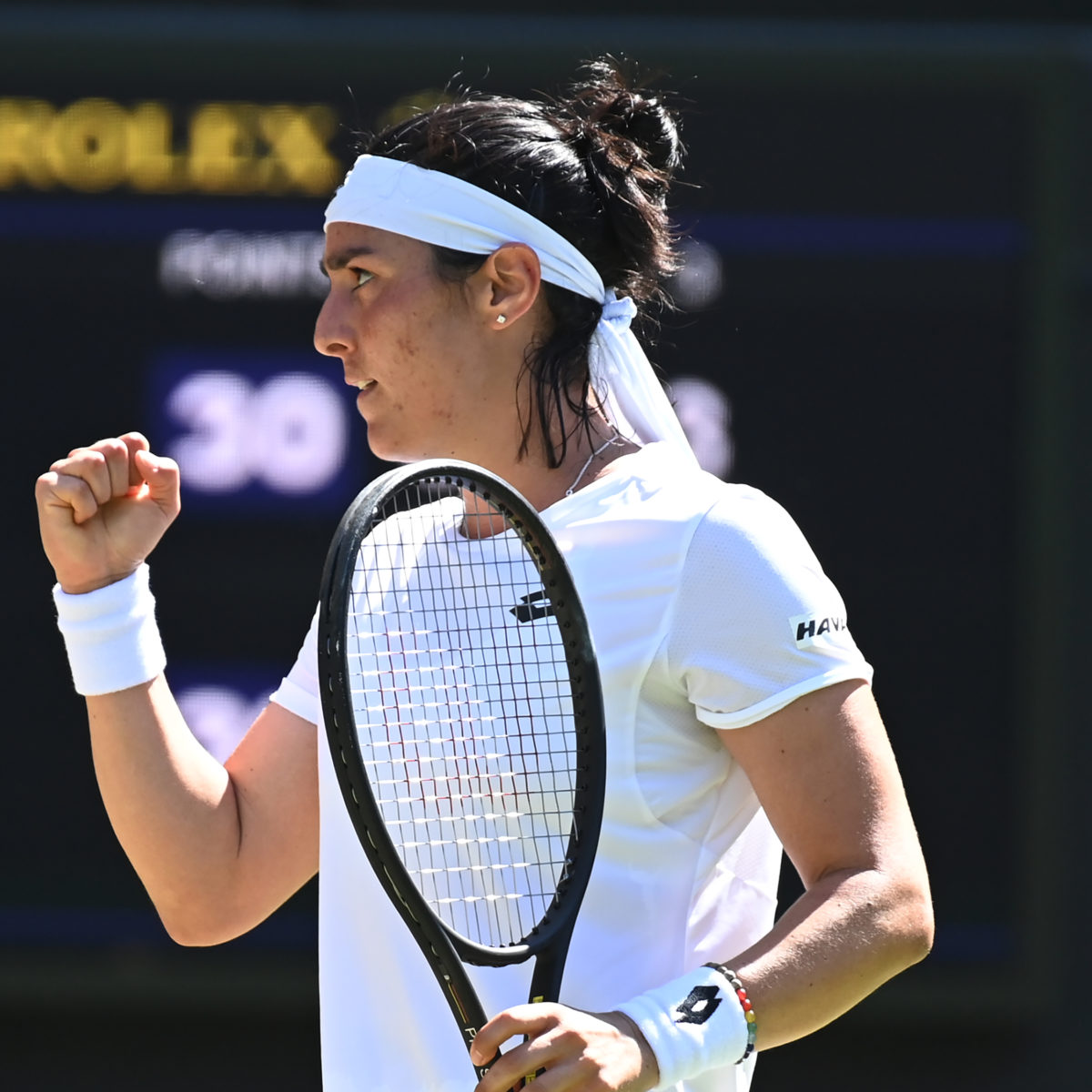 Ons Jabeur made history as the first Tunisian, African and Arab woman to reach a Grand Slam final as she defeated Tatjana Maria 6-2, 3-6, 6-1 on Thursday at Wimbledon.

German opponent Maria, 34, set a few marks of her own as the first mother of two to play a Grand Slam semi since Margaret Court in 1975.

“This all feels amazing really,” Jabeur said. “It was the kind of result I was hoping for.

“Now one more match, one more step, to continue and hopefully get the title.”

WTA No. 2 Jabeur who came to the All England Club with a grass title in Berlin, has won 22 or her last 24 matches as she sets up to face Elena Rybakina in Saturday’s final.

The Moscow-born player who switched over to Kazakhstan for tennis financial support  reasons in 2018, could present the All England Club with a delicate protocol problem if she wins the title on Saturday.

That would mean a tense presentation ceremony featuring Kate, Duchess of Cambridge which Putin’s Russia could easily use for propaganda purposes amid the invasion of Ukraine.

Wimbledon has boxed itself into a corner by banning entries of Russian and Belarus players, As a result, the Grand Slam is stripped of all ranking points as retaliation from the ATP and WTA.

The nightmare scenario can only be avoided by a Jabeur win, which is dropping Wimbledon wise men in a PR panic.

The final will be a match of unknowns, with Rybakina setting the pace for her adopted Kazakhstan oin the same way Jabeur will be doing the same for tennis minnow Tunisia.

“It’s not like Europe or any other countries. I want to see more players from my country, from the Middle East, from Africa.”

Rybakina, with two WTA titles,  is the first from Kazakhstan to play a Grand Slam final .

Her big game which has accounted for 129 aces this season could be a test for Jabeur.

She controlled Halep, firing 17 winners in the victory against 14 for the Romanian, who also had eight double-fautls, with two on break points.

Halep had not dropped a set coming into the semis, but that perfect recor was quickly blemished by Rybakina in a 38-minute opening set.

“It was a great match,: the 23rd-ranked winner said.

“Simona is a great champion and we have played many tough matches before. I was focused today and I am really happy with my performance because I think I played really solid .”

She added: “It was really good. Usually, I have ups and downs which come from nerves.

“But today I was mentally prepared for everything. It was an amazing match,

“I was nervous but the matches I played before helped me a bit. I played two matches on Court One and today was my first time on Center Court.

“The atmosphere helped me a lot. When the crowd cheered me on I was really nervous but I am very happy I managed to win in the end.”