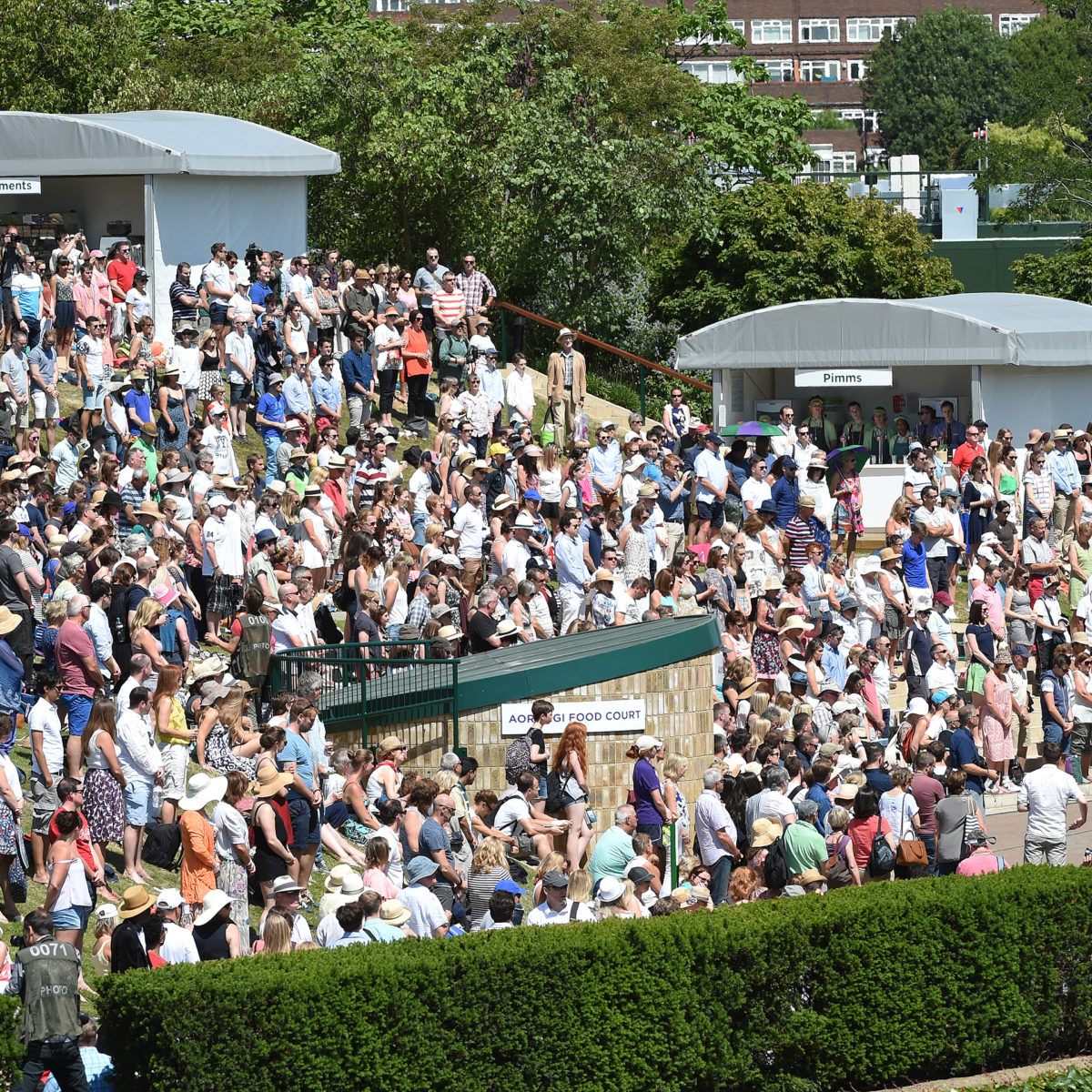 Ian Hewitt Chairman of the All England Lawn Tennis Club today announced that Wimbledon will abandon its traditional rest day on the middle Sunday of the tournament from next year, making it the last of the four Grand Slams to be played over 14 consecutive days.

Hewitt explained that this was possible because of better grass maintenance, though it was always believed that the influential local residents of the up-market London SW19 postcode had the controlling influence in the second Sunday “day of rest”

The club are also planning to have 25% capacity crowds in 2021 which would mean up to ten thousand ticketed spectators a day without the traditional overnight queuing in order to observe COVID19 protocols.

Henman Hill or Murray Mound as it became known will have reduced and controlled capacity this year.

Whilst ticket prices will remain fixed at the 2020 levels for the pandemic aborted event, players are still waiting to hear how prize money will  be affected, with many recent ATP and WTA events taking a severe drop, especially at the top end, whilst maintaining qualifier and early round losers  rewards to help the journeyman lower ranked players through difficult times.

“We plan to deliver the best Championships possible in accordance with public safety. It will necessarily be different from Wimbledon as we know it,” Hewitt added.

AELTC  chief executive Sally Bolton said Wimbledon wanted to find ways of preserving some of that atmosphere and was carrying out a public consultation to see what fans would like to see.

“Over time Wimbledon has continuously evolved to meet changing demands and behaviours of our fans – always changing, always staying the same is something we talk about often,” Bolton said.

“We want more of this wonderful event to be available to more people around the world to share in the joy of the Championships.

“Including Middle Sunday permanently in our schedule will allow us to do just that and become a new tradition which we hope we can become immensely proud of.

“It enables us to do more with the second Monday, which is known as ‘manic’ for good reason.”

The last-16 matches will be spread across the Sunday and Monday, with Bolton saying it would give players more of a platform for quality matches and offer fans a better chance to watch more of the action.