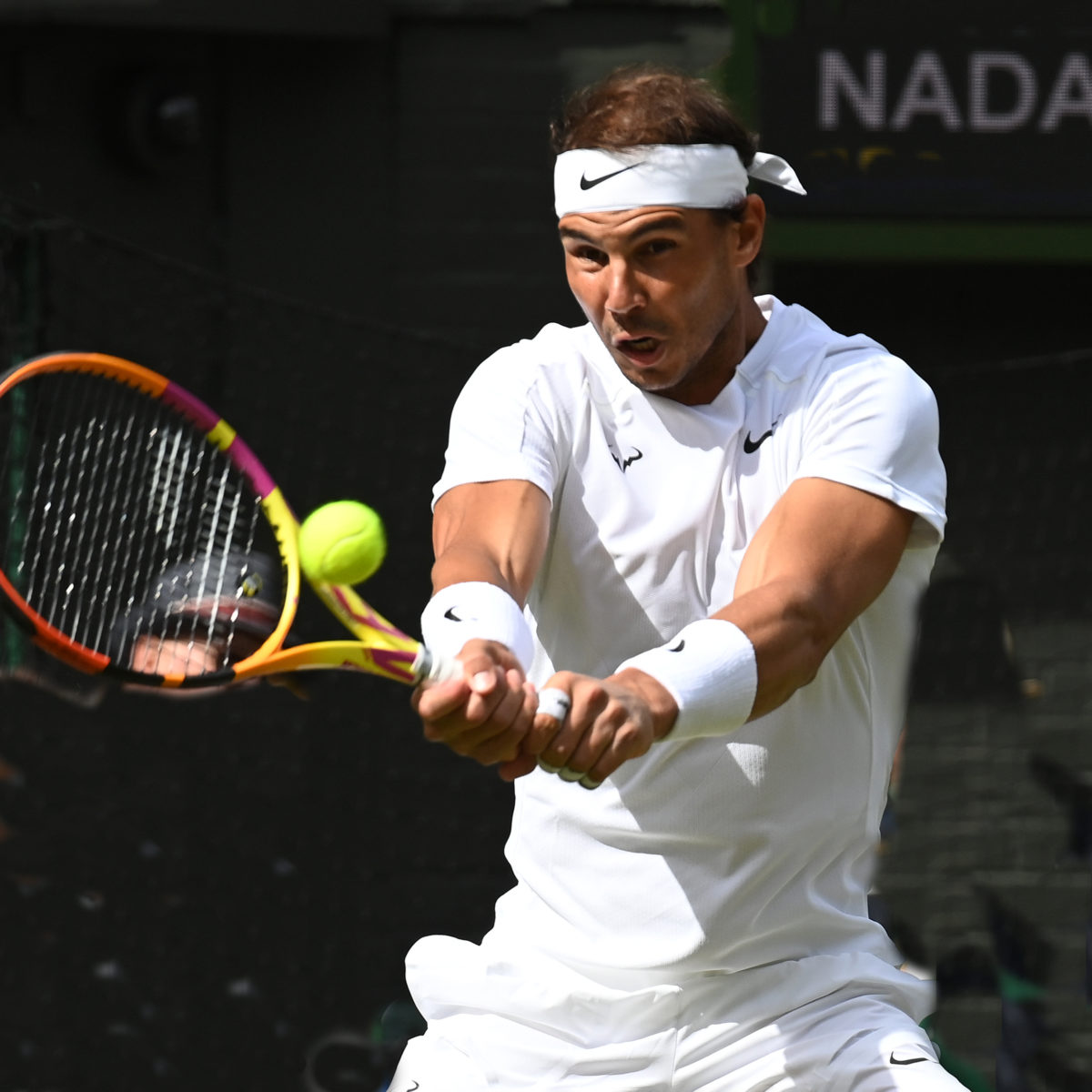 Rafael Nadal turned in a routine win to reach the Wimbledon fourth round on Saturday while NIck Kyrgios put on an explosive display of temper and tennis,

Nadal crushed Italy’s Lorenzo Soneago 6-1, 6-2, 6-4 a straightforward win for the second seed who is bidding for a third straight Grand Slam title this season; he now stands 17-0 at the majors in 2022..

“It was my best match, without a doubt, since the tournament started,” the 22-time Grand Slam winner said.

“I made improvements today, I’m very happy for that. I played much better than the previous days: the determination, the way that I managed to play more aggressive, going to the net plenty of times…

“I’m happy. it was a good victory against a great opponent.”

Kyrgios argued in vain at the end of the second set that an angry Tsitsipas who hit a ball into the stands after losing the set had hit a spectator and should have been defaulted.

Despite his fruitless protests, the Aussie dipped into his bag of tricks to produce stunning tennis which left Tsitsipas frustrated.

At one point the Greek half-seriously asked to play in headphone so he did not have to listen to the Kyrgios backchat after nearly every point.,

During the first game of the fourth set, Kyrgios slipped on the grass and appeared to favour his right hip, though he played on without incident to line up against American Brandon Naskishima.

The match ended after more than three hours with a drive-by handshake between the bitter rivals.

Tsitsipas out-aced Kyrgios 21 to 14 and dropped serve twice while his opponent saved all five break points he faced.

The Greek, who did not hesitate to take body shots at Kyrgios during the heated match, later called the Aussie “a bully.”

“It’s constant bullying. He bullies his opponents. He was probably a bully in school, too… I don’t like bullies. He has a very evil side to him.”

There was no love lost between the pair in a match which came a fortnight after Kyrgios beat Tsitsipas in the Halle second round. ,

“The circus was all about him,” Kyrgios said. “He’s got serious issues.

“”Maybe he should figure out how to beat me.”

The Spain-based Aussie defeated Jack Draper in the second round.

De Minaur broke new ground with his fourth-round showing featring 43 aces but just two winners; he broke Broady four times from a dozen chances while losing his own serve once.

“”it’s incredibly special to play this tournament,” the winner said. “To play here on this (No. 1) court is a true honour.

“I’m enjoying every second on the grass and just trying to ride the wave.

“I’m just trying to keep on doing me, I want to stay excited and keep this going.”

A second Australian advanced as Jason Kubler defeated fellow qualifier Jack Sock 6-2, 4-6, 5-7, 7-6(4), 6-3 to move to the second week of a major for the first time after never passing the second round.

Four Americans men have reached the fourth round here for the first time since 1999.

In the first set, Gasquet missed on five break points – three in a row on double-faults – as he served for the first set leading 5-4 before Van De Zandschulp broke for 6-5 and secured the opener a game later.