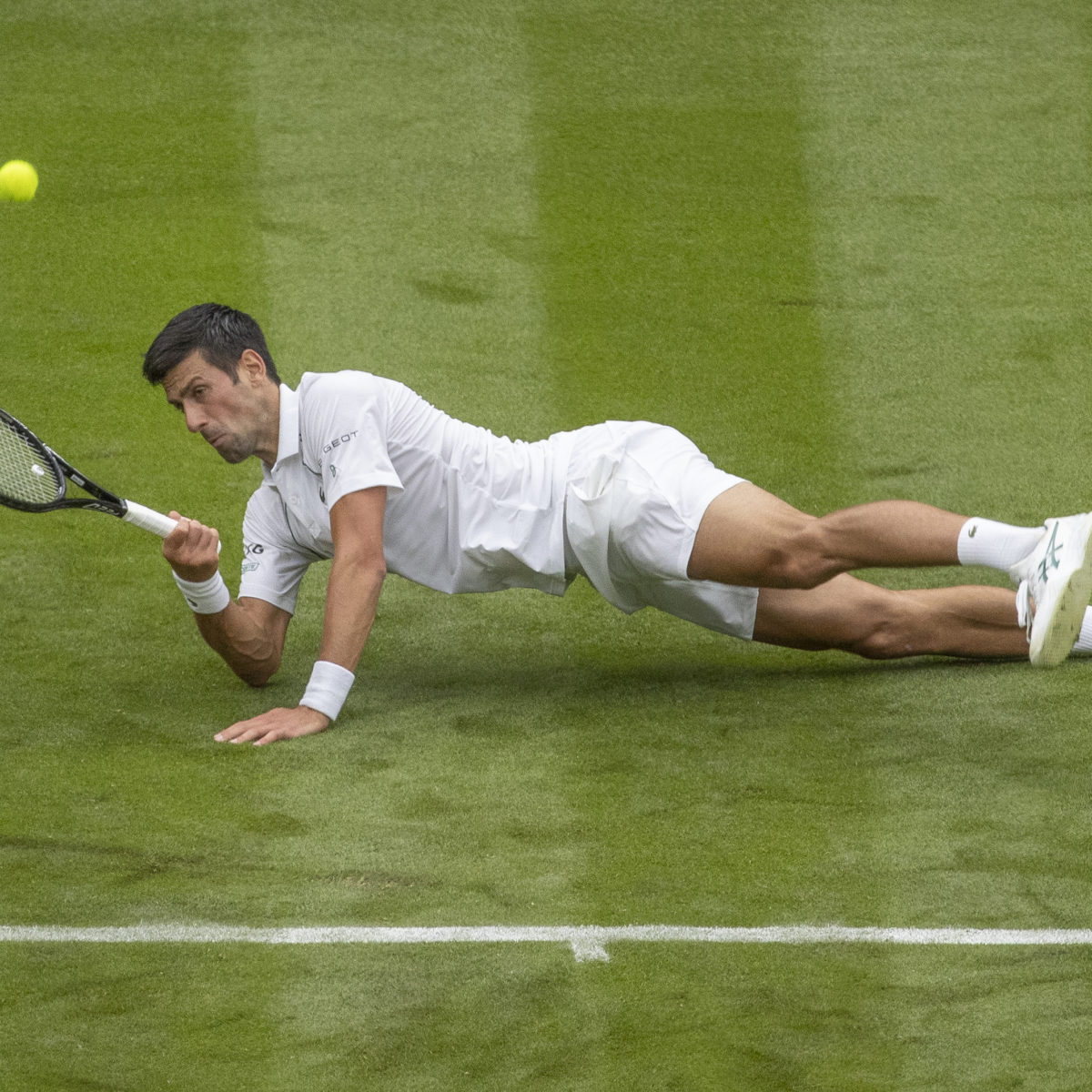 The winner and finalist at Roland Garros lived through entirely different experiences on Monday as Wimbledon kicked off with hours of rain delays and a half-strength crowd of around 20,000 allowed through the gates.

With COVID restrictions taking a bite out of the daily lives of quarantined players, the public seemed to have it easy, with masks not required once fans were either seated at a match court or socialising with food or drink.

Conditions improved in the afternoon with all available courts loaded with first-round matches and play continuing until darkness..

French Open winner and Wimbledon defending champion Novak Djokovic came through a first-set scare and emerged a 4-6, 6-1, 6-2, 6-2 winner over British No. 253 Jack Draper, who put up an early fight before falling to the vast experience of the top seed.

But it was total disappointment for Paris runner-up Stefanos Tsitsipas, a 6-4, 6-4, 6-3 victim of outsider Frances Tiafoe as the American beat a Top 5 player for the first time.

Tsitsipas may still have been drained from his five-set loss to Djokovic after letting a two-set margin slip and could still be affected by the death of his grandmother on finals day in Paris.

In addition, the 22-year-old did not play a single grass match prior to arrival in London.

Djokovic just went about his business against an outclassed opponent making his tournament debut on the biggest stage in the sport, Centre Court and under the roof.

“I had one of the best serving performances that I can recall on any surface,” the player who struck three of his 25 aces in the closing moments of the match said.

“I could not be more pleased with the rhythm of my serve. On grass that helps a lot in getting free points.

“He was fighting. Obviously for him, a unique occasion playing for the first-time on Wimbledon Centre Court.

“I was slipping a few times on (seven first-set) breakpoints. I would say the grass was quite slippery, quite moist.  It was probably because of the roof.”

Fifth seed No.  5  seed Andrey Rublev recovered after losing the opening set to defeat Federico Delbonis 4-6, 6-4, 6-1, 6-2 to keep the Argentine without a career win on grass.

Italian Jannik Sinner made a losing start in his first Wimbledon appearance, going out to Hungary’s Marton Fucsovics 5-7, 6-3, 7-5, 6-3 with the teenager losing serve nine times.