Wimbledon Ladies round up Day 8 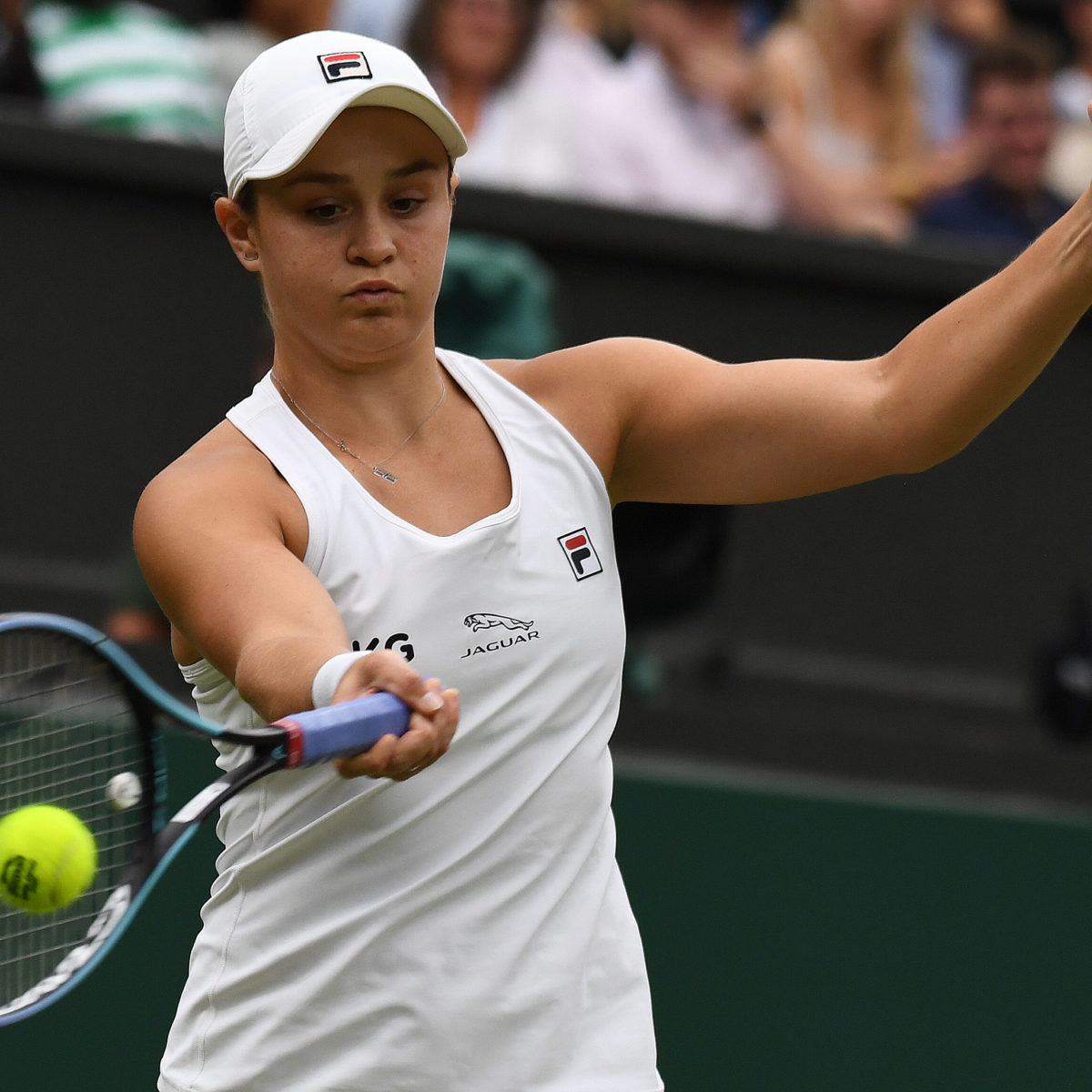 The top-seeded world No. 1 was ruthless in her demolition of her compatriot who went through on Monday night when Britain’s Emma Raducanu was unable to play on in their fourth-rounder due to illness.

Top seed Barty hammered 23 winners in the 68-minute victory to line up against formidable opponent Angelique Kerber in the semis.

Barty left Fed Cup teammate Tomljanovic little space to operate as she dominated their match despite a second set which featured two breaks of serve on each side.

The seed pulled away with a third break for 5-3 and finished the job a game later on a second match point, her fifth ace.

“Ajla’s a great competitor and brought out the best in me,” Barty said. “It was nice to share the court with her.

“This win is my dream and I have the opportunity to live it. I’ve been enjoying every minute and this afternoon was no different.”

Barty and Kerber stand level 2-2 and last met in 2018; they have never played on grass.

“This will be the ultimate test,” Barty said. “She’s had success here before, she had the best fortnight possible.

“She knows her way around the court, I hope I can play well and give myself a chance.”

Kerber will take a 10-match grass win streak into the Barty semi-final after winning Berlin last month after barely registering on the spring clay.

“The last few months were not so easy, but I never stopped believing in myself, in my team,” she said.

“I love to play tennis in front of the fans; they push me into playing my best tennis.

“I’ve had ups and downs but was always believing that I can come back.

“I’ve never played Ash on grass, but I know she will push me to give everything out there.”

Second seed Aryna Sabalenka ended the dream run of Ons Jabeur as the Belarus second seed beat the first Arab woman to get this far at a Grand Slam, posting a 6-4, 6-3 win.

Sabalenka had broken fresh ground already with her first quarter-final at a major and now steps further into uncharted territory on the grass.

Victory in 75 minutes nudges Sabalenka into the WTA match-wins lead on 34, with Jabeur right behind on 33.

“I think she played the match of her life,” Jabeur said. “She didn’t do any mistakes.

“But I’m honestly proud of myself for trying and remaining positive the whole way. It’s not easy to accept that someone is playing good from beginning to the end of the match.

“Today she deserved to win.”

Sabalenka said that work on her game is paying dividends.

“It surprised me that I didn’t feel that pressure of being in the quarter-finals for the first time.

” I was just enjoying the atmosphere and enjoying my game, just doing everything I can to win this match.

“It was a great performance for me.”

Sabalenka advanced to play Karolina Pliskova after the eighth seed put out Viktorija Golubev of Switzerland 6-2, 6-2.

Pliskova has gone through into her third semi-final at a major and done it without losing a set and dropping serve only three times in five matches.

No, 66 Golubic made Pliskova work for the victory, saving three match points before finally sending a return wide on the fourth.

Pliskova has turned her grass game around here after losing in the first round at run-up grass tournaments in Berlin and Eastbourne.

The Czech has won both of her previous matches with Sabalenka, the first on grass at Eastbourne three years ago.

She lost just four points on serve in the opening set, ending with 10 aces.

“This means a lot, especially after not really having many good weeks before Wimbledon,” Pliskova said.

“It feels like a dream. I believed at some point I would find my game. I’m just happy it worked out well in these two weeks.”

The winner who only made it to a showcourt for Tuesday’s match after  spending landing on backcourt venues, knows what to expect from Sabalenka.

“She goes for big, big shots, big game, big serve.  There’s not going to be much time to think about what should I do.

“Just quick decisions. But I believe I have a game which can bother her a bit.  I need to play fast, just put pressure on her.

“But this is the semi-finals, so nobody’s super-easy. We’ve played a few times, always super-close.”