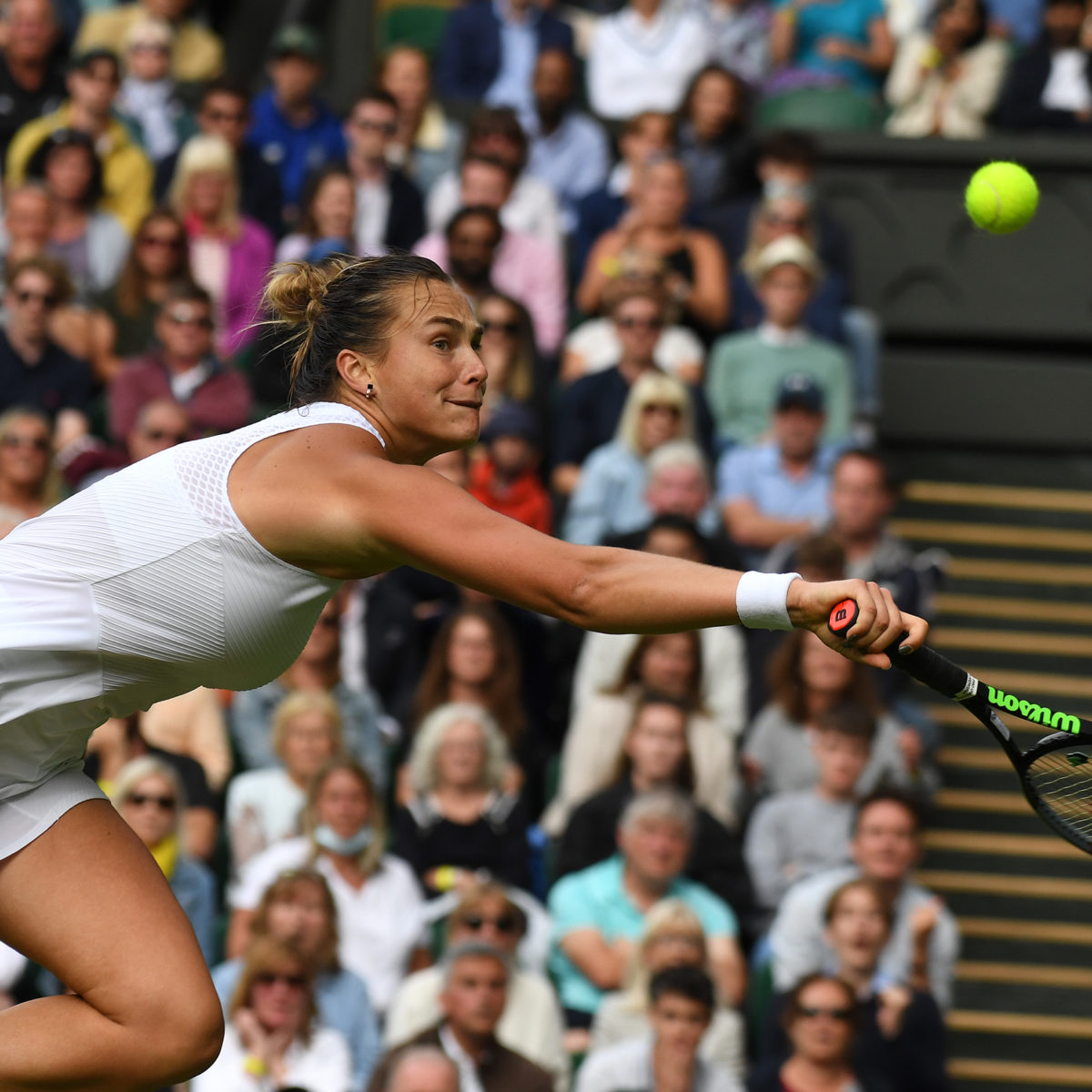 Second seed Aryna Sabalenka had to win a massive game late in the third set to secure a 4-6, 6-3, 6-3 win over battling British wild card Katie Boulder and reach the Wimbledon third round on Wednesday.

The Belarus winner saved six break points in the eighth game of the final set which went for 11 minutes; a final break of Boulter ended the two-hour encounter in front of an enthusiastic half-house on Centre Court.

Sabalenka has failed to fulfill her potential at the major, with 11 seedings but never going past the fourth round.

Boulter was playing with a heavily taped right elbow, which required a re-taping late in the match.

Sabalenka showed her nerves in the first set, with the underdog local getting the jump before levelling at a set each.

“It was really tough today, she’s an unbelievable player,” the winner said. “I really wanted to win this match and I’m happy with the win.

“Ii was nervous a lot today and didn’t feel my game well at the beginning. I’m glad I could come back and finally win.”

Elina Svitolina fought past Alison van Uytvanck 6-3, 2-6, 6-3 to start her campaign with a solid test.

The third seed who reached the semi-finals at the last edition in 2019, broke her Belgian opponent six times and emerged with 34 winners in an hour and three-quarters.

“The return was quite good for me today.  I was striking the ball really good,” the Ukrainian said.

“On important moments, I was calm. I’m just happy the way I was tracking the ball and thatI could hold my nerves.”

The success handed her a match with Poland’s Magda Linette, a 2-6 6-3, 6-1 winner over Amanda Anisimova.

Svitolina, wno into the second round, will try to keep her football passions in check with the England-Ukraine Euro football quarter-finals in Rome set for Saturday.

“Now the pressure is on England, Team Ukraine has nothing to lose. I’m looking forward to the match,” she said.

“We never give up, we just go there and we fight until the end. We die on the field and do our best.”

Fifth seed Bianca Andreescu withheld any complaints about the slick grass on Court No. 2 after her 6-2, 6-1 loss to France’s Alize Cornet in the first round.

The Canadian who had fought off various injuries since winning a surprise 2019 US Open title, has now dropped both of the first-round matches she has played at the All England Club.

While slick grass – club officials blame a wet spring in Britain – claimed Serena Williams as an injury victim, Andreescu tried to play down her own problems with footing.

“I don’t think it affected my game, but I maybe won one point out of the six or how many times I slipped,” the Canadian said.

“The courts are super slippery.  I’ve only played here once before, but they weren’t like this at all.

“I spoke to a couple other players, and they said it’s not that normal, but this is something we can’t really control.”

Andreescu took some positive feelings along with her defeat in less than 90 minutes against the 31-year-old Cornet playing in her 58th Grand Slam.

“I think I served pretty good the whole match, so I’m  pleased about that.

“At one point she just switched gears and was, like, on another level.I obviously kind of stayed at the level I started the match,but she raised it.

“I tried to stay positive the whole match, try to figure out how I can play her better.

“But honestly,she played really well.  She was taking control from the start.”