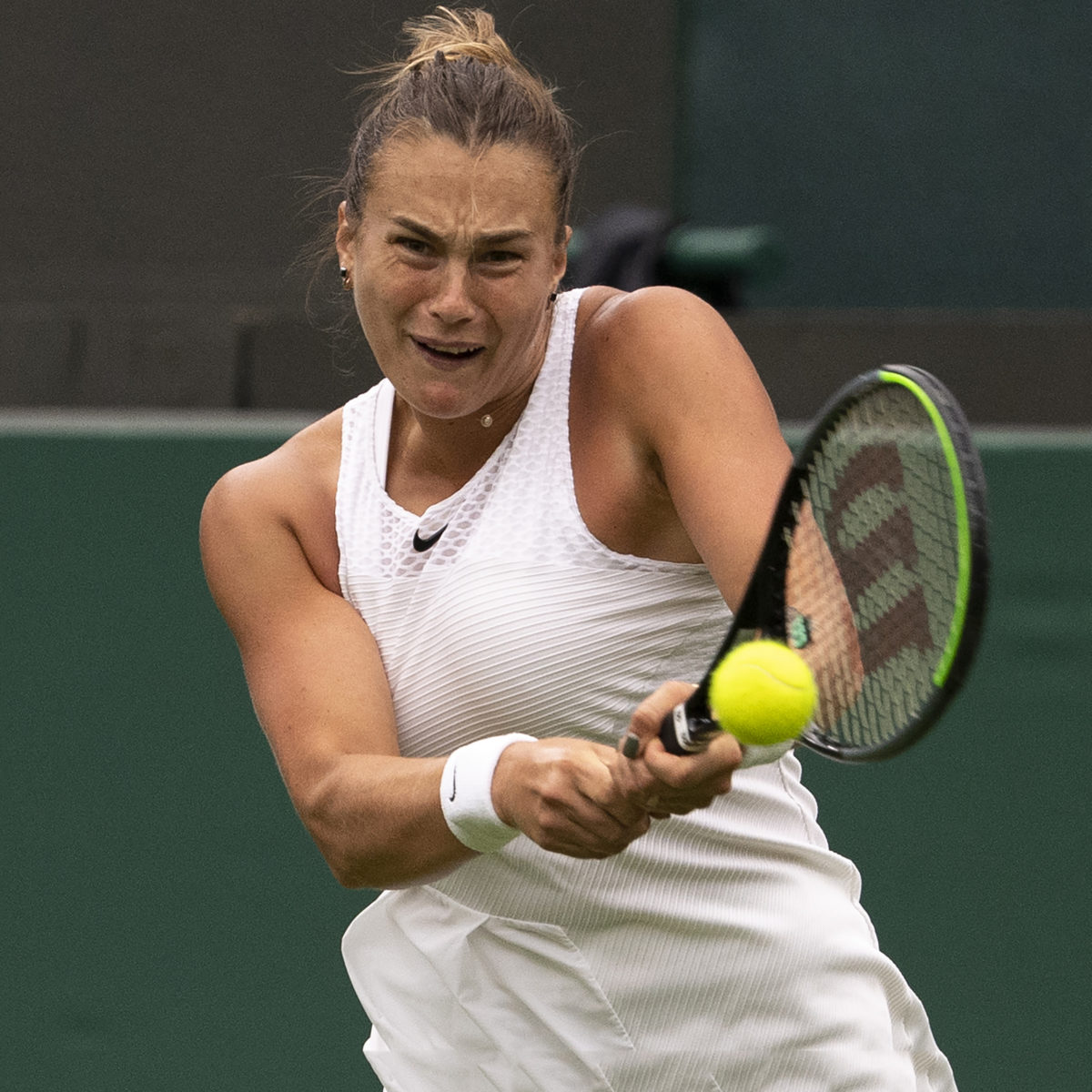 Matches on outside courts fully exposed to wet British summer conditions were delayed for most of the afternoon, with many getting underway around five hours later and continuing well into the evening.

Sabalenka is seeded second behind Australian Ash Barty after the “mental health” withdrawal of Naomi Osaka and the actual calf injury of holder Simona Halep.

The grandest of the Grand Slams is back on court exactly 700 days after the end of the 2019 edition.

A fortuitous payout from expensive pandemic insurance cushioned the financial blow after the event was cancelled last summer due to COVID.

Niculescu sat down for a comprehensive shoe change as she trailed Sabalenka 5-0 in the opening set, but the footwear swap made zero difference to the outclassed Roomanian.

The winner controlled her stage fright in only her fourth career match at the prestige venue.

“I was nervous, I haven’t played a stadium at Wimbledon,” she said. “I’m really happy I won that match

“The atmosphere was unbelievable, the people were supporting really well, I was enjoying the atmosphere.”

Due to the closed roof, the wet weather and the fresh grass, footing could be difficult.

Sabalenka said she managed to bypass that obstacle after initial apprehension.

“I was nervous about the surface, I’ve never played on the new grass. I didn’treally know what to expect.

“I also didn’t want to lose because it was the opening match with a lot of people here.

“With with every point, my nerves went away. After a a few games I was justreally enjoying the court, the atmosphere.”

Fourth-seeded Sofia Kenin, the 2020 Australian Open winner, duplicated her best career result here by reaching the second round with a 6-4, 6-2 defeat of China’s Wang Xinyu.

Double tournament titleholder Petra Kvitova was dismissed in the first round, a 6-3, 6-4 victim of Sloane Stephens.

“It was a tough first round, for sure,” the Czech champion said. “I felt I had the chance to win, I just didn’t find my best game today.

“She played really solid and was just better.”

2020 Roland Garros champion Iga Swiatek of Poland, the seventh seed who came to the start with a modest 1-1 summer grass record from Eastbourne, reached the second round 6-4, 6-4 over Hsieh Se-Wei.

The 2018 junior winner here was helped by six double-faults from the two-tien Wimbledon doubles champion from Taiwan.

“I’m very excited to be back after two years,” the Spaniard said. “I was actually very emotional when I got on the court,and there were a lot of people waiting for us.

“I felt very happy to be back, it was a nice feeling.”