According to two  influential tennis insiders, Wimbledon 2020 will not take place, nor will there be any other grass court tournaments.The decision is expected to be formally announced on Wednesday at an AELTC Board Meeting

That is the considered opinion of  veteran German tennis administrator Dirk Hordorff .  Talking to  Sky Sports Germany  yesterday the Vice  President of the German Tennis Federation  Hordoff explains “Wimbledon was the only Grand Slam far-sighted enough to insure itself against  all eventualities, including  “an act of god”  such as a worldwide pandemic . So the financial damage  to the AELTC would  be be minimal.”

“I am also involved in the bodies of the ATP and WTA. The necessary decisions have already been made and Wimbledon will decide to cancel  at Wednesday’s board meeting.

There is no doubt about it. This is necessary in the current situation.

“The difference between The All England Club’s considered approach to the COVID-19 crisis and that of the French Tennis Federation who’s unilateral announcement on March 17 to postpone Roland Garros  and four days later grabbed the latest possible replacement dates , September 20 to  October 4,  has angered  all the other tennis  stakeholders.

Hordoff added that French Federation Chairman Bernard Giudicelli  acted without consultation “to have better chances of re-election. He wanted to shine bright and he didn’t care about what else is happening in the world.”

That decision will now likely have the adverse affect.

The worldwide coronavirus pandemic has seen all tennis tournaments postponed or cancelled until May.

With Wimbledon set to be the latest victim there will be no scheduled event until August at the very earliest.

“That is why the French made the strange decision, and  have been criticised by everyone connected with the sport, they just changed their date without anyone knowing.

“Wimbledon are mindful of that”

“I think if Wimbledon were to arrange their Championships in the middle of August, what does that do to the US Open and tournaments beyond that.

It’s not just the two weeks. You have got Queen’s and the lead-up tournaments to get ready for the grass-court tournaments.

“Sensibly Wimbledon are going to make that decision on Wednesday.”

As  Wimbledon is a grass tournament it would be impossible  to be play after the summer ends.

“Wimbledon have already stated  they are not going to play behind closed doors. So that is out of the equation,” Cowan added.

“The time it takes to get Wimbledon ready. It is kind of a six-week time frame. Nobody is allowed on site so that is problematic.

“Then you have got the factor of the players and if the players are flying in from Africa, Asia, South America, I just don’t see it possible for the Championships to start at the beginning of July.

“Then comes the question of can they move it back a couple of weeks? They will still be in the same situation if you have it the end of July or beginning of August.

“Therefore it looks like on Wednesday it will be officially announced that Wimbledon will be cancelled for 2020 and we will have the Championships next year.

“It is really unfortunate for all concerned.”

So what are the prospects for the US Open scheduled to be played from 24 August – 13 September?

It is usually preceded by the North American hardcourt sweep lead-in to the Open itself.

New York is currently the epicentre of the virus, with the USA  as a whole recording 163,429 confirmed cases already  DOUBLE that of China where COVID-19 first presented in November 2019.

Because of the the global nature of  the sport, tennis faces an uphill struggle to resume at all in 2020 regardless of the hoped for target dates.

As Hordorff says “without a cure for the coronavirus, the season is finished” 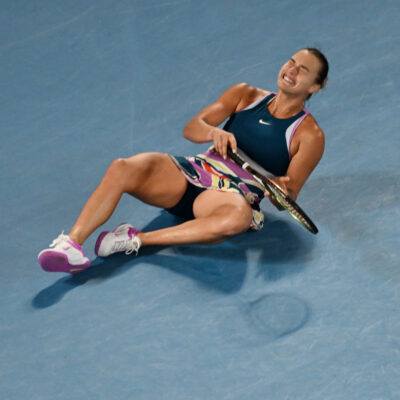