Facebook0Tweet0LinkedIn0Pin0
Juan Sebastian Cabal and Robert Farah were presented with year-end doubles No. 1 trophy by Chris Kermode at Nitto Finals in November. Photo ATP Tour
One-half of last summer’s men’s Wimbledon championship team has tested positive for a banned substance, a revelation which explains the sudden withdrawal of Robert Farah from the Australian Open.
The Colombian, who lifted the title last July with compatriot and partner Juan Sebastian Cabal, also won the US Open crown with cabal, with the pair starting this season atop the doubles standings.
But it all has come crashing down after anti-doping authorities announced that Farah – along with Chile’s 78th-ranked Nicolas Jarry had both come up positive in late 2019 for steroids.
Both are provisionally suspended while the case winds its way through the anti-doping bureaucracy.
Both said the results were a result of cross-contamination, Farah from what he said was tainted beef while Jarry blamed dodgy Brazilian vitamins.

Farah called the revelation “the saddest moment of my life,” adding: “This substance is frequently found in Colombian meat and can affect the results of tests to athletes.”

“I am sure that this condition in what generated the result of the test in question.”Jarry said he had been told that the supplements blamed multi-vitamins he was taking were free of any banned ingredients.

Jarry’s camp released a statement from their player: “I have never deliberately or intentionally taken any banned substance in my career as a tennis player and in fact, I am completely opposed to doping.”
The developments leave orphaned Wimbledon doubles winner Cabal now scratching for a partner with the Open starting on Monday in Melbourne.
Share:
Facebook0Tweet0LinkedIn0Pin0 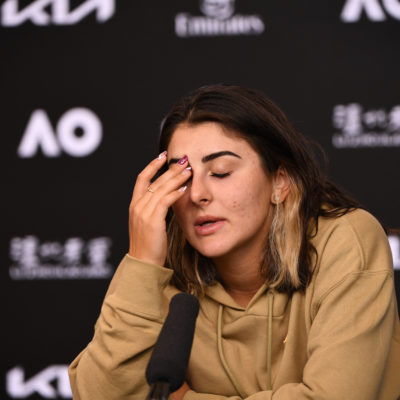