Wimbledon Day 7 Ladies round up 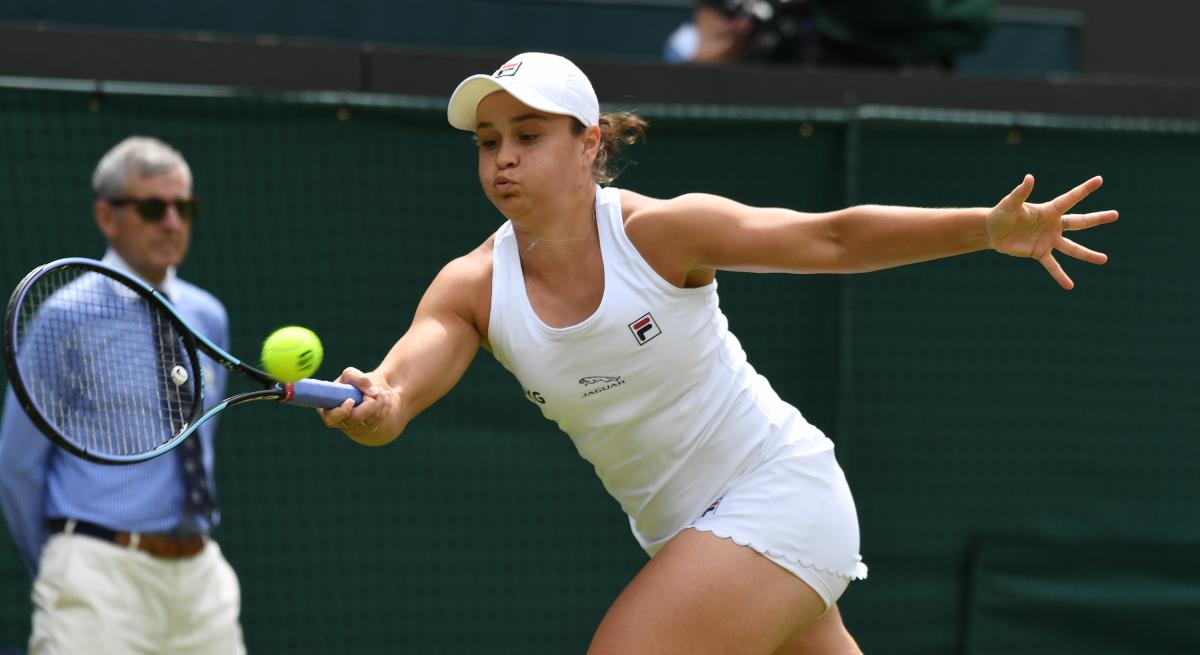 The unique scheduling wrinkle is will be eliminated at next year’s edition, with the lure of a money-spinning middle Sunday edition now apparently too strong to resist.

Club bosses insist the addition of an extra day of play is all about “advanced” grass technology and methods. The Australian and US Opens play for 14 days while Paris lasts for 15 days.

“I’m happy, I’m excited, it’s another stepping stone for me,” the top seed said. “It’s going to be a new situation, a new scenario, one that I’m going to look forward to.

“I’m going to enjoy it no matter what, (Wimbledon) is one of my biggest dreams.  We just keep chipping away.”

“This is not the final goal for me.  I’m happy for now – but tomorrow is another match,” she said. “I’m trying to stay focused.”

Sabalenka might well have revenge in mind for her next match, facing Ons Jabeur, who beat her in the 2020 French Open third round last October

“After that match, something clicked in my head and I began playing really good tennis, really aggressive.

“That match meant a lot for me.This time I’ll try to stay aggressive and focus on my game instead of thinking about everything else.”

Jabeur set another record less than a month after winning her first career title – and the first for any Arab woman on the WTA – by taking the Birmingham trophy.

She then stormed back against Roland Garros champion Iga Swiatek 5-7, 6-1, 6-1 to reach her first Grand Slam last eight place.

“My goal is to win this quarter-final and to go to a semi, and why not the final?,” the Tunisian said.

“I’m enjoying my time here in Wimbledon, enjoying the grass a lot.Next round is not going to be easy so I have to be ready for it

“I always want to say that grass is my favorite surface, butI cannot really because there is only, like, two or three tournaments per year on grass, which is a very short season.

“But I think of myself as a player that adapts very well to all the surfaces. I want to have the whole package so I’ll be ready for any type of player.”

2018 tournament champion Angelique Kerber ended the run of teenaged American Coco Gauff in breezy, cloudy conditions with a clinical 6-4, 6-4 to move into a quarter-final with Czech Karolina Muchova, a winner against Spain’s Paula Badosa 7-6(6), 6-4.

Kerber, the only former champion left in the field, owns three Grand Slam titles but claimed her last here three years ago; she will be playing her fifth quarter-final here on Tuesday.

“I’m looking forward to the next one, I’m really enjoying my time here,” Kerbner said after firing an ace on the first of three match points.

“The crowd is giving me energy to play my best tennis, this is a magic place for me.”

“I was super solid, especially today, we were super ready for her,” the winner said. “I had two days to get ready.

“I was serving quite well, everything worked well. I had good strategy, good tactics.  I knew what to do, and did everything I had to do to win.”