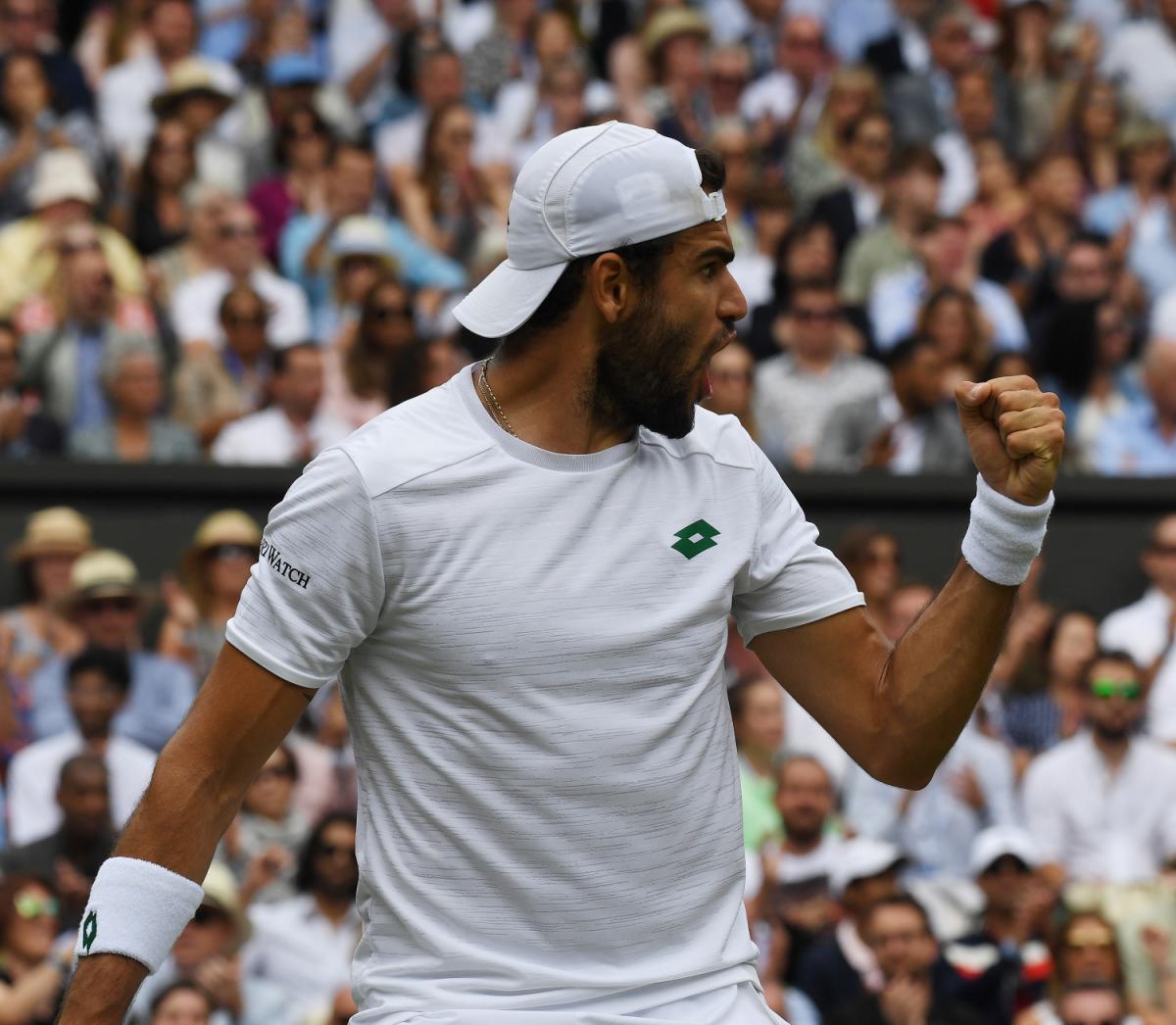 Matteo Berrettini has been the most prolific grass court player this year, a double queen’s champion, and 2021 Wimbledon finalist. Berrettini is one of the best grass players in the world, and he’s the best he’s ever been this year. His serve is strong on all surfaces, but on grass it’s unplayable at times.

In 2021 as the seventh seed, he beat Pella, Van de Zandschulp, Bedene, Ivashka, Auger Aliassime and Hurkacz. He took Djokovic to four sets in the final in his third appearance. This year could be the year to go further and win the entire event.

Wimbledon has been Berrettini’s strongest slam over his career, he’s entered three editions, in 2018 he made round two by defeating a seeded player, in 2019 he got to round four and lost to Roger Federer. Last year he made his first grand slam final here.

2022 started with Berrettini reaching his all time highest ranking at world number six. He started the year with his best performance at the Australian Open by making the semifinal.

He also posted a best result in Indian Wells in the fourth round, but took time off for hand surgery and subsequent recovery.

He has a 100% record in finals this year, winning Stuttgart and Queen’s Club, which has already equaled his titles from last year.

Berrettini is in stunning form, and couldn’t have a better build up for Wimbledon. He’s not troubled by fatigue, having missed the clay court, but he’s looked fairly unbeatable on grass so far.

Berrettini has no fatigue, super form, the right trajectory in his career, the greats of the game are waning. His serve is the best in the world on grass, his forehand is super powerful, his touch is still phenomenal, and his slice is always there for him.

Berrettini is a monster on grass

The Italian has not won a major in his career, he knows he’s not quite at the top on other surfaces, so the pressure is on for Wimbledon. He hasn’t had to play Nadal or Djokovic on grass yet. He has also been injured a lot recently.

Berrettini is extremely able to win this Wimbledon, and has done everything right so far. A non final run would be surprising.