Czech star says Serena knew she was losing and intentionally created a storm.

WTA player Barbora Strycova has come down hard on the Serena Williams outburst which all but wrecked the final of the US Open.

The 32-year-old ranked 25th labelled the repeated Williams claim of sexism from chair umpire Carlos Ramos for penalising her for coaching, a racquet smash and an insult to the official as “the biggest bullshit.”

Strycova, a steady mid-ranger player with to WTA career titles, dropped her bombshell to a Czech publication sport.cz, opining that Williams kew she was losing badly to 20-year-old Naomi Osaka and intentionally created a major distraction as she went down in flames to the Japanese-Haitian breakthrough youngster 6-2, 6-4. 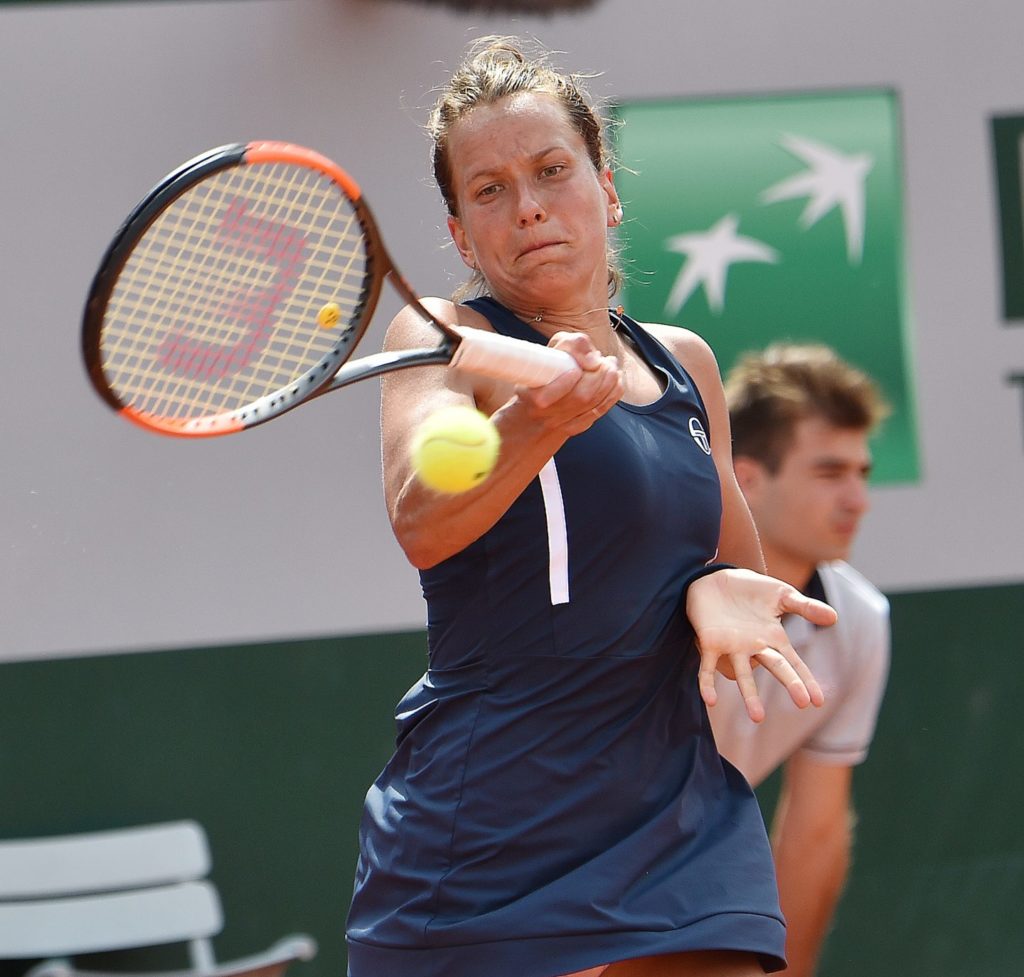 “How did she fight [for] women’s rights? That’s the biggest bullshit,” Strycova said. “The umpires do not take into account whether they are male or female.

“I personally am a person who receives a warning very often, so I can draw on my experience. I said one word and I got a fine at the US Open.”

Strycova added that immediate statements for support for the Williams boilover by the WTA and USTA suggested that box office catnip Williams is somehow judged under a separate standard of behaviour.

“When Serena is playing the next match, will there be other rules?” Strycova said. “Why should everything change when the judge acted according to the rules?

“The WTA defence surprised me. Will rules change in Serena’s matches? If it’s like this, let me know.”

The Czech added: “Serena is an incredible player and champion, but I do not [appreciate] that style of losing and spoiling that young girl’s victory is terribly sad. That was terrible.” 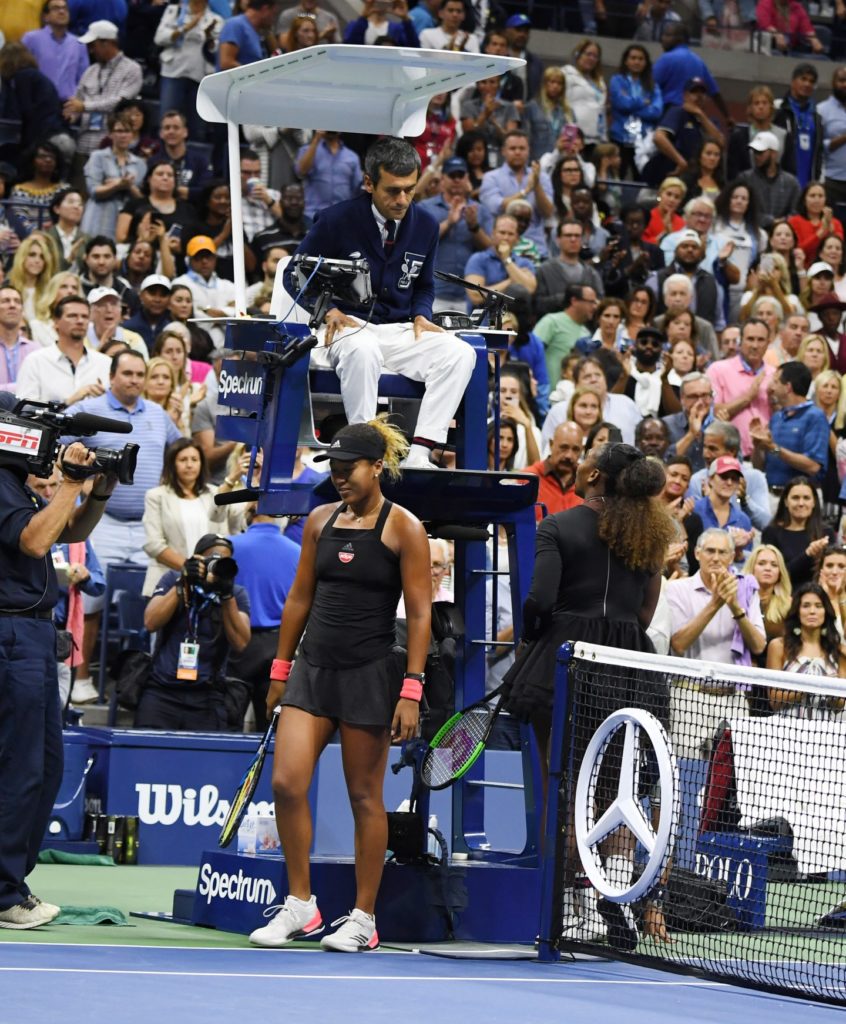 The fact that Osaka was reduced to tears and felt the need to apologise for winning her first Grand Slam title, irked Strycova even more.

“A 20-year-old girl, it’s actually a baby. She made an incredible result, beat the 23-time Grand Slam champion and people in America thought what?

“She just played. Instead of celebrating, she had her head lowered, and she still crackled.

“I don’t think those were the tears of a winner, this kind of hype cannot go on. Everything was orbiting around Serena and not around Naomi.”

The Portuguese tennis official said he was fine after an unprecedented and incident-filled New York title match, though he did avoid the streets of New York in the aftermath just to be on the safe side. 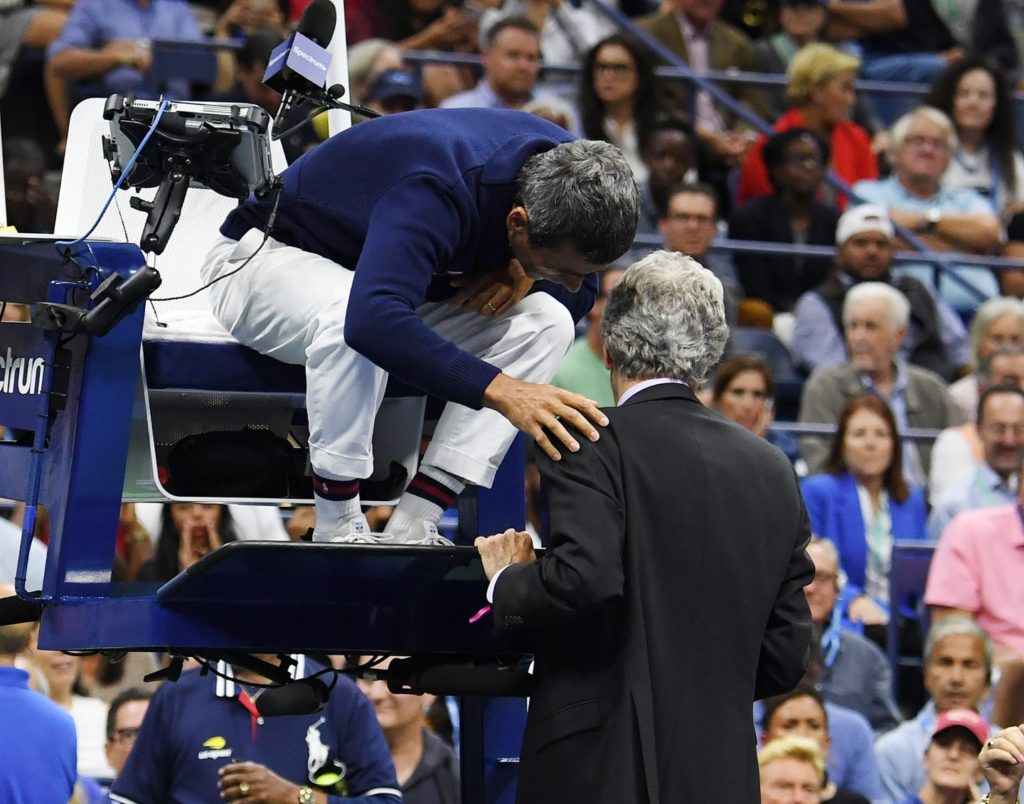 “I am good, under the circumstances,” he told Portuguese newspaper Tribuna Expresso. “It’s an unhappy situation but a la carte refereeing doesn’t exist.  Don’t you worry about me!”

Ramos drew fire from the USTA and WTA while receiving support as well from outside the US for his decisions to follow the rulebook to the letter and penalise an increasingly irate Williams, who lost the Open final to Japan’s Naomi Osaka.

He showed up on schedule in Zadar for the weekend Davis Cup World Group semi between Croatia and the US.

The 47-year-old was hammered repeatedly and insulted during a mid-match meltdown from an out-of-control Williams, whose actions got the home crowd on her side and reduced title-winner Osaka to tears.

With the ITF expressing full confidence in their officials’s decision-making, Ramos was certain to front up for the Davis competition. 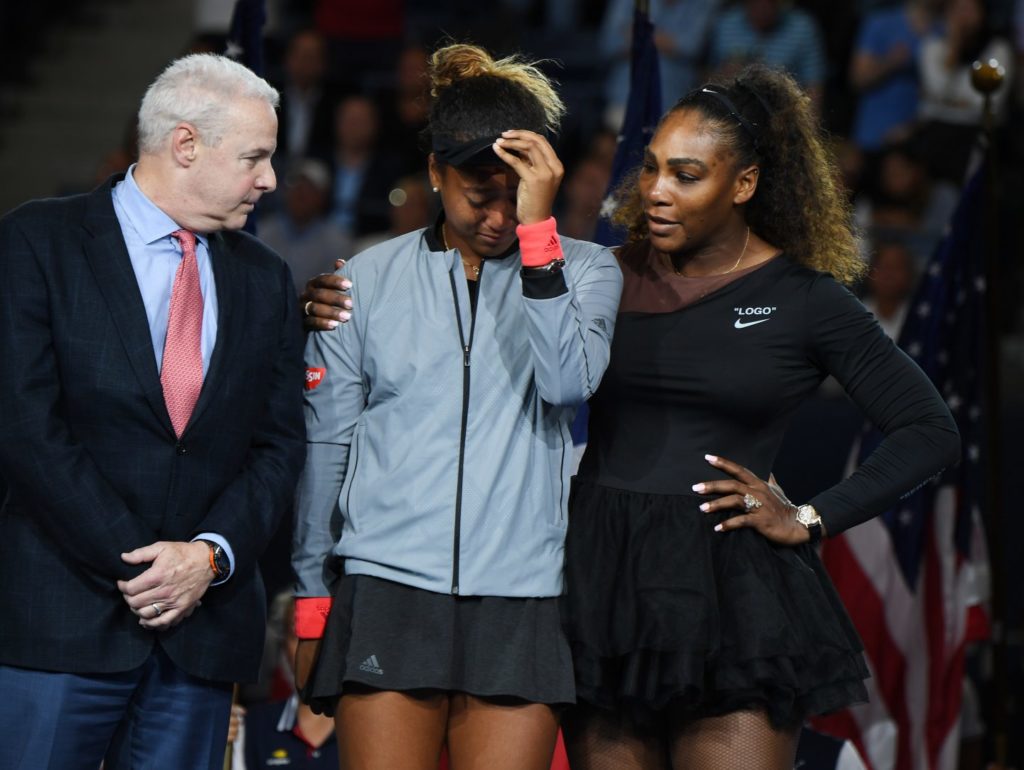 But he drew flak from both the USTA and WTA, who accused him of heavy-handedidness as he issued increasing behavioural penalties to Williams under the rules of the  sport.,

An irate Williams immediately pulled out a claim of sexism and hinted at racism in the ongoing ugly incident; she was fined a miniscule $17,000, taken from her runner-up cheque of $1.85 million .

Rules normally prevent chair umpires from speaking with media, in an effort to insure absolute impartiality.