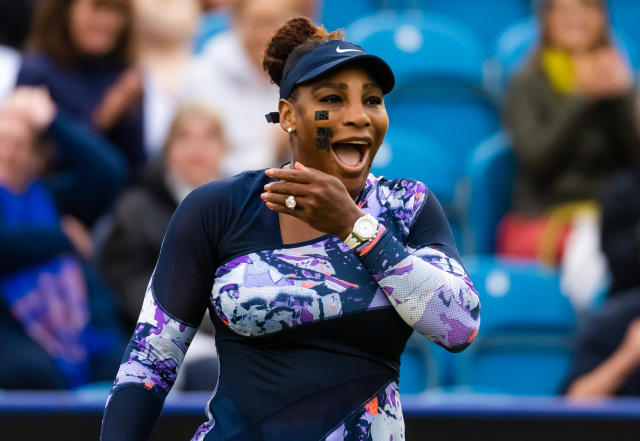 Serena Williams’ comeback has been curtailed after her doubles partner at Eastbourne, Tunisian Ons Jabeur, was forced to withdraw with injury.

Jabeur, ranked No.3 in the world in singles, has injured her right knee, the Lawn Tennis Association said in a social media post.

The WTA 500 tournament was the first competitive event for Williams since she limped out of Wimbledon with leg injury a year ago.

Williams and Jabeur won their first two matches at the event and were scheduled to play in the semifinals against Aleksandra Krunic of Serbia and Poland’s Magda Linette.