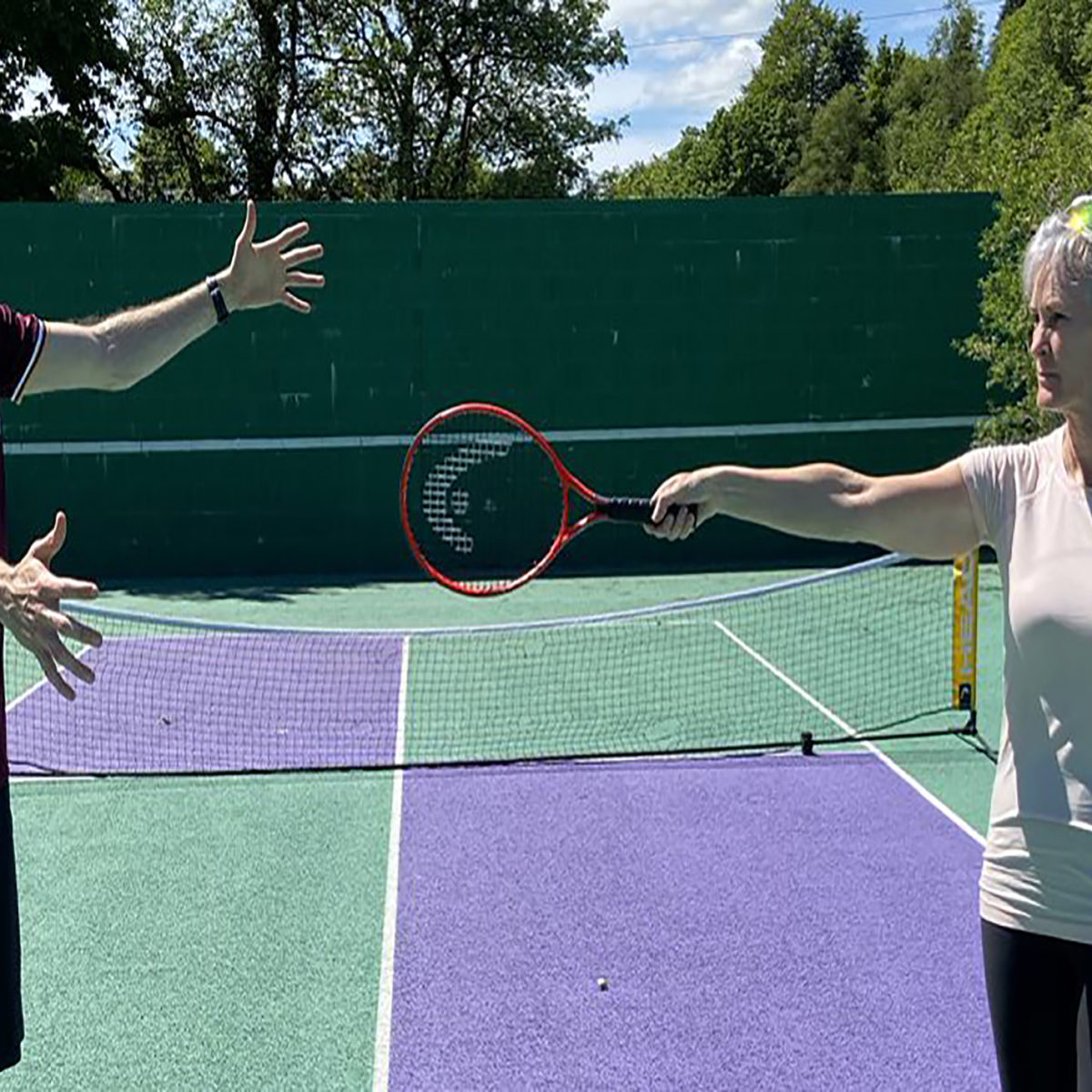 To add some much needed light relief after eleven weeks of lockdown in the UK, Judy Murray has just re-tweeted one of a series of hilarious videos featuring herself explaining why she has never previously discussed the black sheep of the Murray clan, her clumsy, uncoordinated  “forgotten son” who has been kept out of the public eye –  Duncan Murray.

I know the public will be surprised she said, but “Then they meet him and they understand,”

Who knew there was a third Murray brother in the closet?

As Tennis fans rushed to make internet searches to fill the apparent black hole in their knowledge of the Scotland’s most famous sporting family, the “forgotten son” was revealed as Scottish Comedian Chris Forbes. The video has since been watched over three million times.

So convincing is the performance in the “The Chis and Judy” show, people fell for the spoof and believed Duncan really did exist.

Although clearly played for laughs by Forbes and Judy, the video produced by BBC Scotland’s Short Stuff, the pair have been amazed by how many people have said they were not sure “if it was real”

Forbes told BBC Scotland’s The Edit “It has been quite odd, while that is quite concerning, it is also quite sweet”

“People have really taken this fictional being to their heart. It’s nice to see that people will care for somebody even though he doesn’t exist.”

“I like tennis and I’ve always had this weird idea that it would be funny if there was another sibling that no-one knew about, just a real black sheep of the family that had no sporting prowess whatsoever and just what it would be like to grow up in that family.

“I wrote it thinking it would be a funny idea to concentrate on this guy, Duncan, and hoped that Judy might be interested in being part of it, but I thought it would be funny to even make it without her.”

BBC Scotland sent the script to Judy Murray and she loved the idea.

“She was a natural” Forbes said.

Judy, now a youthful  60 year old  is no stranger to TV, having appeared in the hit BBC Saturday night television series “Strictly Come Dancing” in 2014, appearing as a guest judge on The Great British Menu as contestants made three Wimbledon themed courses, and several panel shows, the first episode of All Round to Mrs Brown’s on BBC One alongside the likes of Pamela Anderson and Louis Walsh, and many panel games.

The pair have recently added a new topical spoof on “Self Isolation” showing “Duncan” apparently closeted in the attic of the imaginary family home.

So, will we see more of Duncan?  “I can’t really say anything too much but I think and hope that Duncan may reappear,” Judy said.