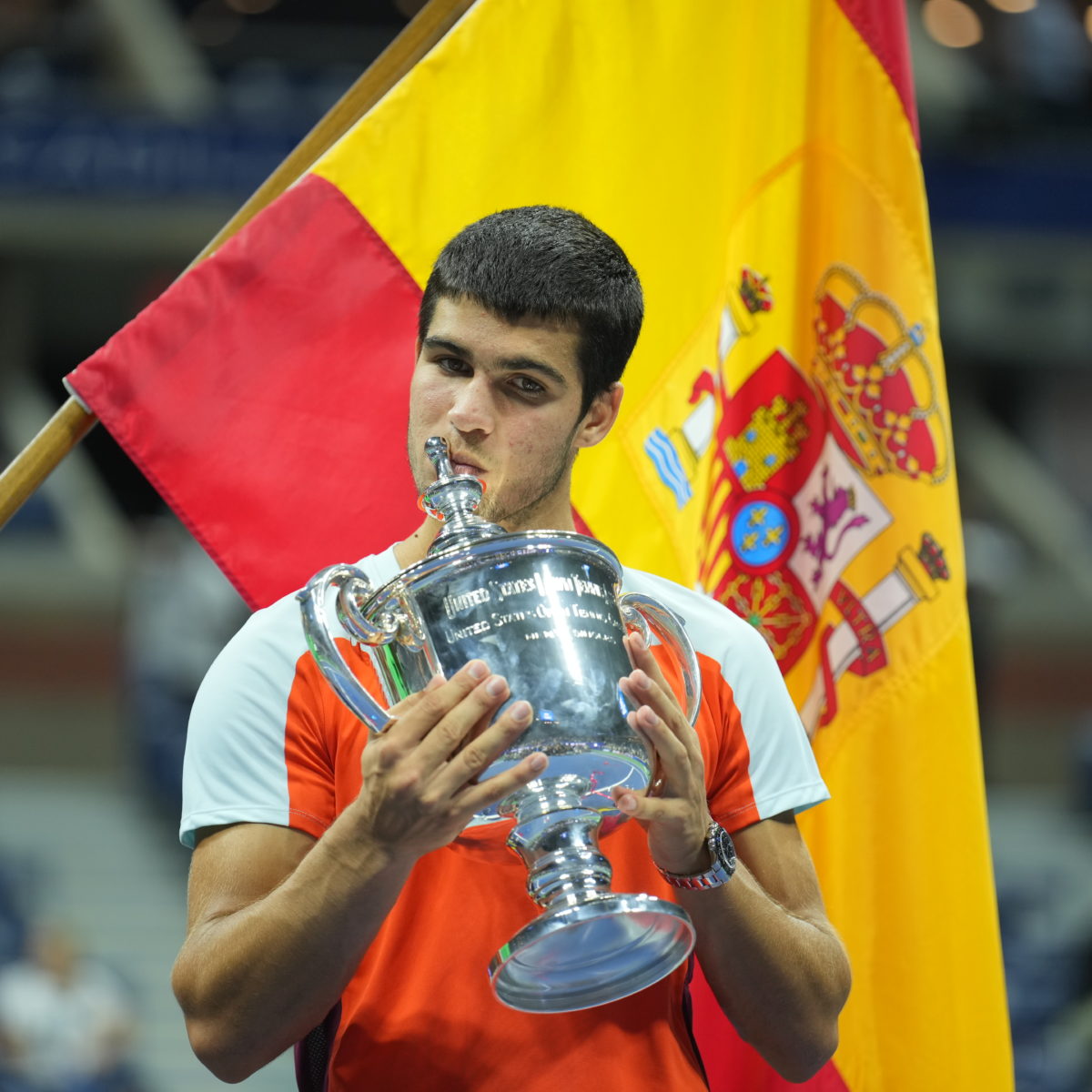 The outspoken French player who retired after lifting the All England Club trophy in 2013, said neither the Spaniard – nor anyone else – will come close to matching the historic exploits of legends Roger Federer and Rafael Nadal, who hold more than 40 Grand Slam singles titles between them, with Novak Djokovic also in that mix.

She told Tennis Majors: “There is absolutely zero chance that anyone ever – not only Carlos Alcaraz – will reach the bar of 20 or more [Grand Slams.

“What the three guys have been achieving over those years is out of normality and I don’t think anyone can replicate it.”

The current television commentator added: “Carlos’s achievement at the US Open was amazing, but I don’t think it’s realistic to set the bar for him at 20 and over.”

But former No. 1 Juan Carlos Ferrero, coach of Alcaraz, has a different opinion on his new No. 1 charge’s prospects:

“Once (you) get to No 1, it’s not done. You have to keep working, keep playing at a huge level to keep winning.

“Carlos) knows that and I know that. I’m going to (remind him).

“It’s going to be very, very difficult to achieve what they have done on tennis. We’re talking about 22 Grand Slams. He has only one. It’s still a long way to go.”