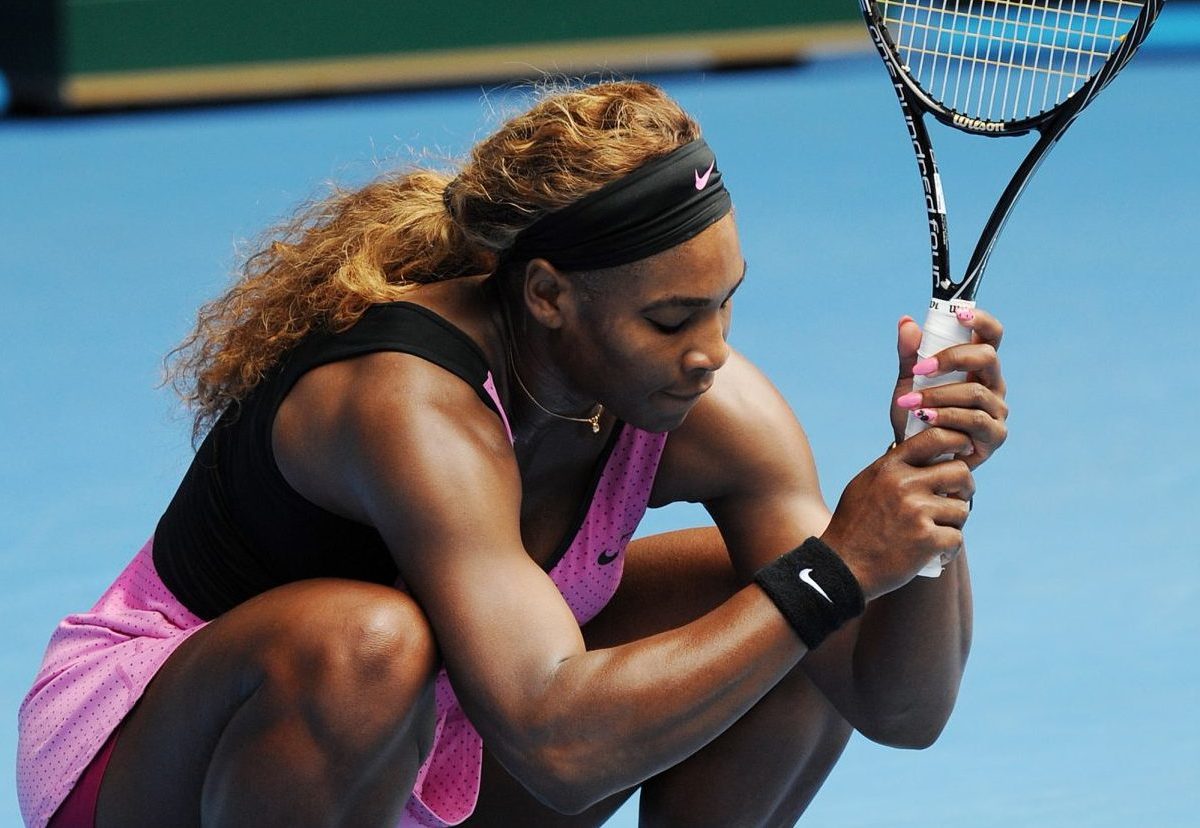 What does 2019 hold for Serena Williams?

Publisher Roger Parker poses the question many fans are asking…

Is Serena’s hunt for a record 24th Grand Slam title going to be a glorious final chapter as she hauls her ageing post-motherhood body across the finishing line or in the week of the world’s greatest horse race, The Grand National, will it be a spectacular “Devon Loch” style belly flop with the finishing post slowly disappearing out of reach?

Since giving birth to daughter Alexis Olympia in September 2017 Serena has failed to make a return to the winners circle.

Last September in the US Open Final it looked a racing certainty that she just had to turn up in front of a partisan home crowd to claim the glittering prize from under the nose of emerging Japanese teenager Naomi Osaka of Japan.

However, did her inexplicable and unforgivable meltdown, which she has recently attributed to “hormonal activity” in the face of impending defeat put the ultimate prize out of her reach for good?

In her next slam, the 2019 Australian Open,Serena proceeded to squander a 5-1 quarterfinal deciding set lead to Karolina Pliskova, as she turned an ankle on her 37-year-old body. Could the thoroughbred be running out of staying power?

Her next appearance in Indian Wells was curtailed with another health issue when a viral infection forced her to quit mid-match in the second round when trailing 6-3,6-1 to Garbine Muguruza.

She wasn’t able to stay the course either at her next event, her “home tournament” the Miami Open at it’s new Hard Rock Stadium venue, the converted North Miami parking lot of the Miami Dolphins Football Team, which although a relatively short 30 minute thrash up the I95 racetrack may just as well have been a journey to a different planet in comparison with the event’s previous genteel tropical island setting of Key Biscayne.

After winning her first round match further participation in the tournament was cut short when a curt statement citing a “knee injury” was lodged on her behalf so Serena was able to duck the mandatory press conference at which she would no doubt have been invited to expand on  the latest fitness scare the 37-year-old’s body had encountered.

Clearly that body is making its own decisions now. Each setback begs questions – where will she perform next, can she possibly conjure up one more and presumably last Grand Slam to achieve the dream?

The WTA tour has now arrived in Europe. Madrid on clay in early May is a designated “mandatory” event, and theoretically an ideal warm up event ahead of The French Open but Serena is adept at “spreading herself thin” when it suits her schedule.

The dense terre battue surface of Roland Garros will probably restrict her diminishing court-covering capabilities and looking further ahead to New York’s hard courts, many of her closest rivals will enjoy that surface far more than she.

So could it be that the venue offering her the best chance of a glorious finale will be her beloved, lush grass courts of Wimbledon, where she has won seven titles, three of them against her older sister Venus.

She will no doubt give her all, if her body permits, otherwise she can expect to enjoy more the fruits of motherhood and carve out a new lucrative career with her “wild child” daughter Alexis Olympia Ohanian Jr. the pair having this week launched themselves into a TV advertising
campaign promoting Pampers diapers on American TV.