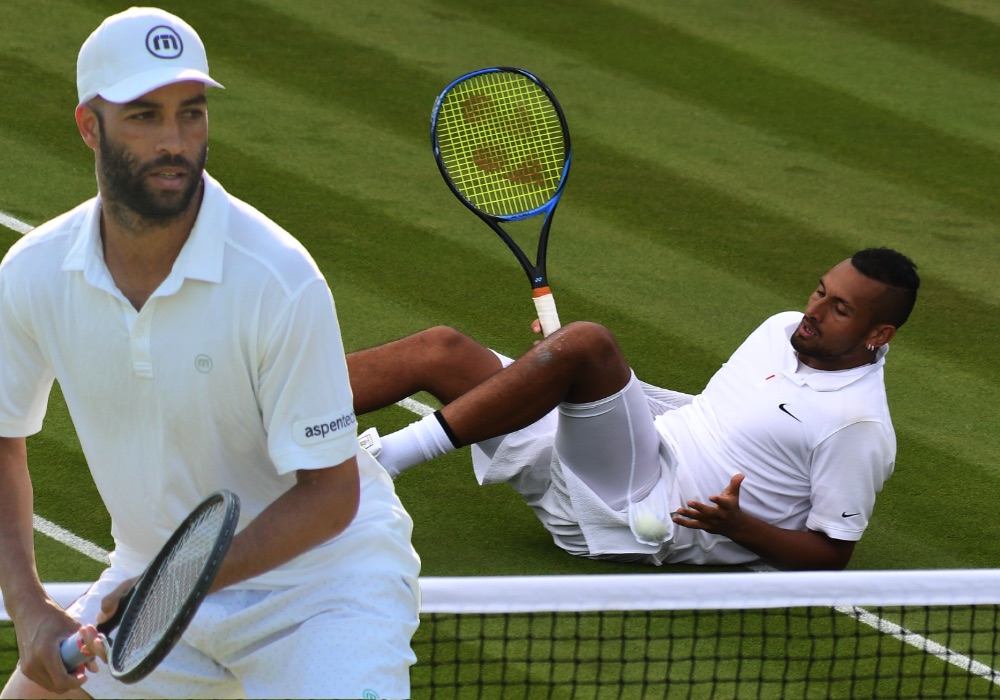 The bad boy Aussie has been going it alone on the ATP for most of his career, with his outspoken ways and explosive nature always considered to be too much to tame.

He has repeatedly said he could just not put up with guidance and instruction from a coach.

Blake, who retired in 2013 from a career highlighted by three Grand Slam quarter-finals, has joined in the trivial pursuit of what it might take to guide Canberra’s 45th-ranked rebel.

“Nick Kyrgios would probably be the player I’d like to coach the most,” Blake told Essentially Sports.

“I always thought that the worst player you can train is someone who is already very well trained. I would like to (coach) someone who may not necessarily be reaching his full potential.”

And the perfect candidate?

“The person I feel (who) is not necessarily reaching his full potential – and (with) a possibility that he can show great improvement – is Nick Kyrgios.”

The 40-year-old Blake sounded like he might just be up for the challenge of reigning in the wild man of the courts, much in the way that former Spanish scrambler David Ferrer is handling seventh-ranked Alexander Zverev.

“I know (Nick’s) probably not someone a lot of people would line up to coach him about because of all the history behind and with him, because he’s tough on the court and off the court,” Blake said.

“But I feel like he’s someone who has a lot of potential, and tons of opportunities. That’s where you test your strength as a coach if you can do it. “