What back injury? Rafa eases into second round 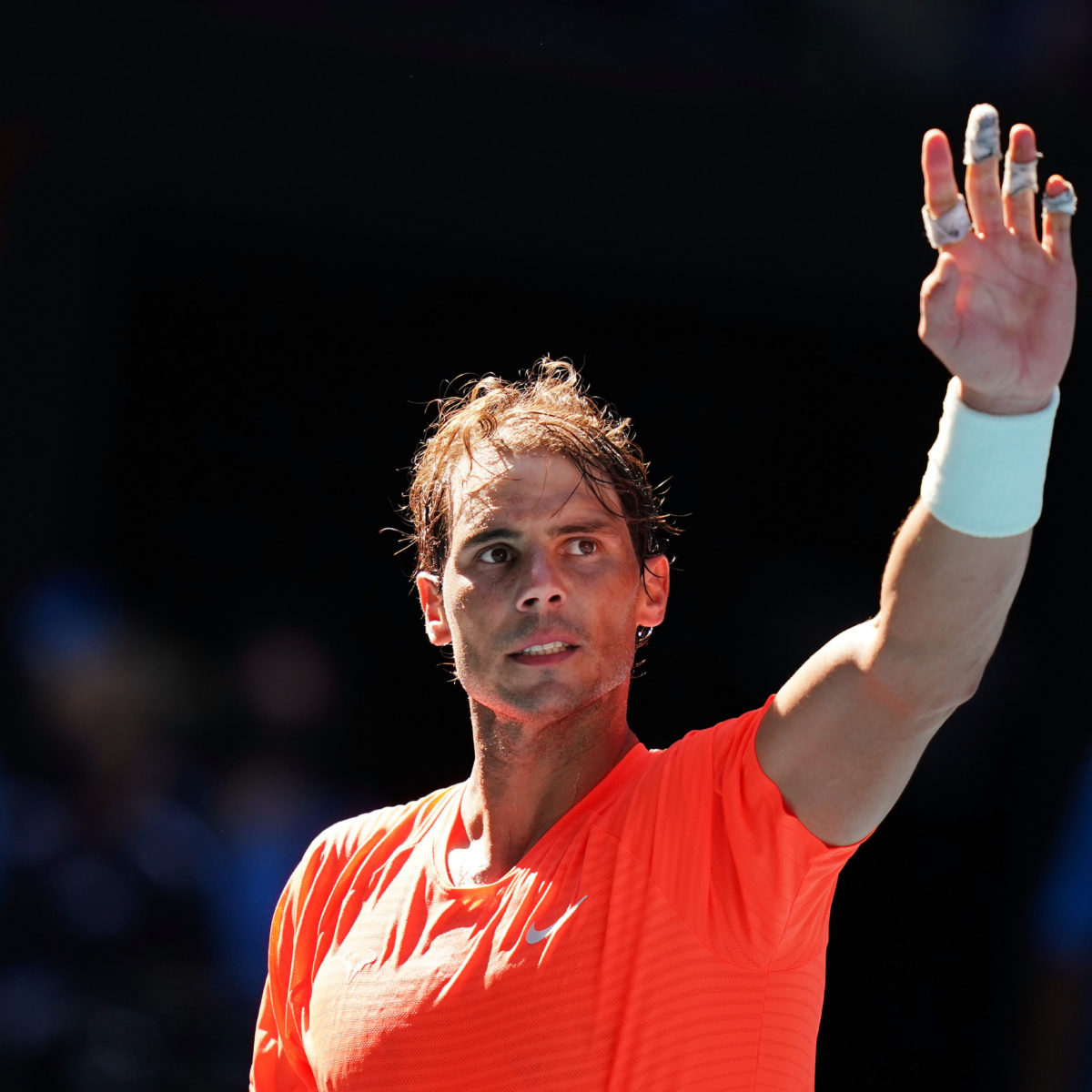 Rafael Nadal showed no signs of a back injury as he beat Serbia’s Laslo Djere 6-3, 6-4, 6-1 in the first round at the Australian Open.

Nadal missed Spain’s ATP Cup matches last week and had earlier given himself little hope a recovery, but he was troubled by his opponent.

“It has been a tough 15 days for me because I had some issues with the back so I needed to survive today and that’s what I did,” he said after the match.

“I just tried to be focused all the time, tried to get through. I think I did a good job today. Straight sets, that’s what I needed.

“Let’s go day by day. Today I was able to find a way to be through. That gives me the chance to have one more day tomorrow so it’s a work of every day to try to get ready. Of course it was not ideal preparation for me but I’m still alive. That’s the main thing.”

Nadal had practised with fellow Spaniard Carlos Alcaraz, 17, on the weekend and the teenager also made it through to the second round with a 6-1 6-4 6-4 win against Botic Van De Zandschulp.