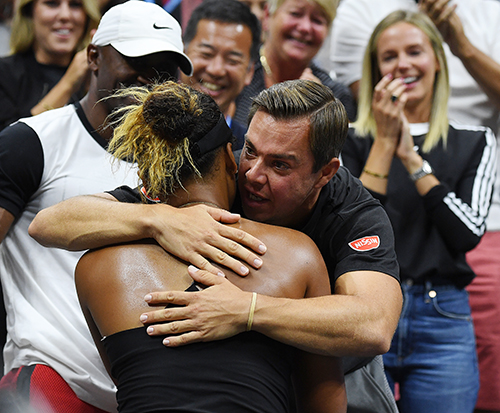 The coaching odyssey of Sascha Bajin has made its latest Top 10 stop, landing this time on Karolina Pliskova.

The No. 6 Czech and the German mentor are currently at work at the Puente Romano resort in Marbella, southern Spain, doing preseason training, according to Pliskova’s social media post.

Pliskova parted at the end of the season with coach Daniel Vallverdu; around the same time, Bajin split with Dayana Yastremska.

That coaching relationship could not have been helped when Bajin tweeted a compliment to his former client Naomi Osaka with regard to a match win.

The German also served a long stint as hitting partner to Serena Williams, red-hot rival to Osaka after losing the 2018 US open final to the Japanese player, like herself a former No. 1.

Pliskova, who started the year at second in the rankings, produced a so-so 2020 season, winning the title in Brisbane in January but making little impression afterwards save a losing final in Rome to Simona Halep.