Game, set and a perfect match 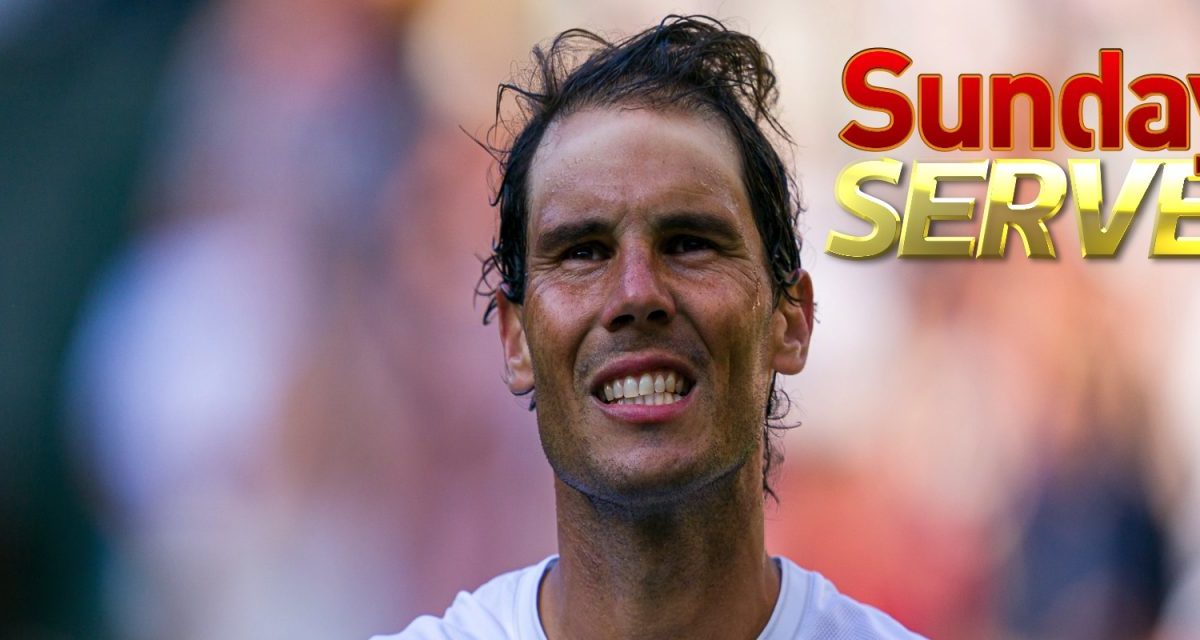 NO Roger on the guest list, but Rafa Nadal married long-term girlfriend Xisca Perello at a venue made famous by the hit TV series The Night Manager, yesterday.

The two tied the knot at La Fortaleza in Pollença, in the north of Mallorca, where the average cost of hiring the 17th century venue is 40,000 euros per day.

Welsh international soccer star Gareth Bale of Real Madrid was married at the same place earlier this year. Nadal and Perello have been dating since 2005 and got engaged in May last year.

The exact attendance list was not been disclosed to the public, however the Spanish sister site of Hello magazine said an estimated 350 people attended, including Nadal’s coach Carlos Moya as well as players Feliciano Lopez, Marc Lopez and Fernando Verdasco. Former King Juan Carlos of Spain was believed to be on the guest list.

Others thought to have been at the nuptials were soccer stars Sergio Ramos and Iker Casillas, as well as NBA player Pau Gasol.

No phones, drones or planes were allowed near the site and those working at the wedding has signed a confidentiality agreement.

Guests were also asked to not carry their phones.

A ‘Notice To Airmen’ banning air traffic and drones from the area above La Fortaleza was issued by The Rescue Air Service (SAR).

Those violating the notice could be fined in the region of between 30,000 and 50,000 euros. And security was managed by an independent firm and not the local police. 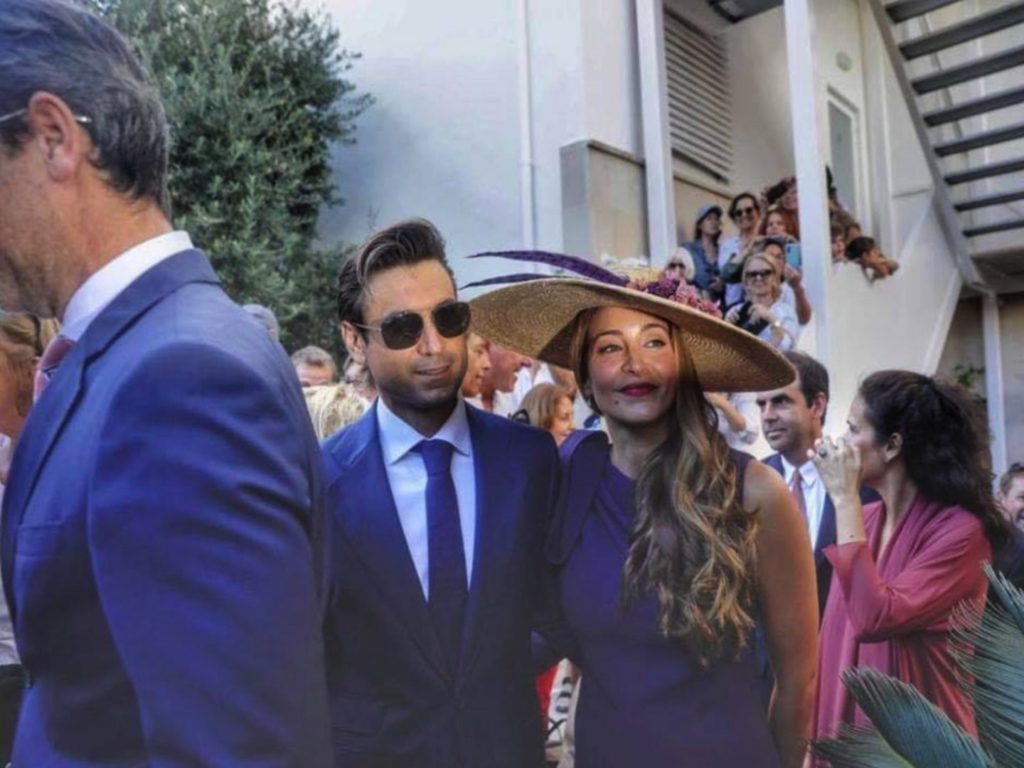 WITH Halloween just around the corner, Venus Williams has admitted her diet, that contains ‘a lot’ of garlic, has caused some angst among her family.

To stay healthy on the road throughout the year, Williams has adopted a near vegan diet, but also eats potatoes and lentils, plus a host of vitamins to ward off any ailment.

She said her favourite ways to stay healthy were simple dietary supplements like vitamin C, oregano oil, and plenty of garlic to boost her immune system.

Williams then said family members have complained about the smell. “I don’t even notice the smell any more, I eat so much of it,” she said.

Meanwhile, sister Serena shared some adorable photos of her daughter, Olympia, as a flower girl yesterday.

“She took her flower girl job very seriously!!!” Williams wrote in the caption, adding a congratulatory note for the newlyweds. 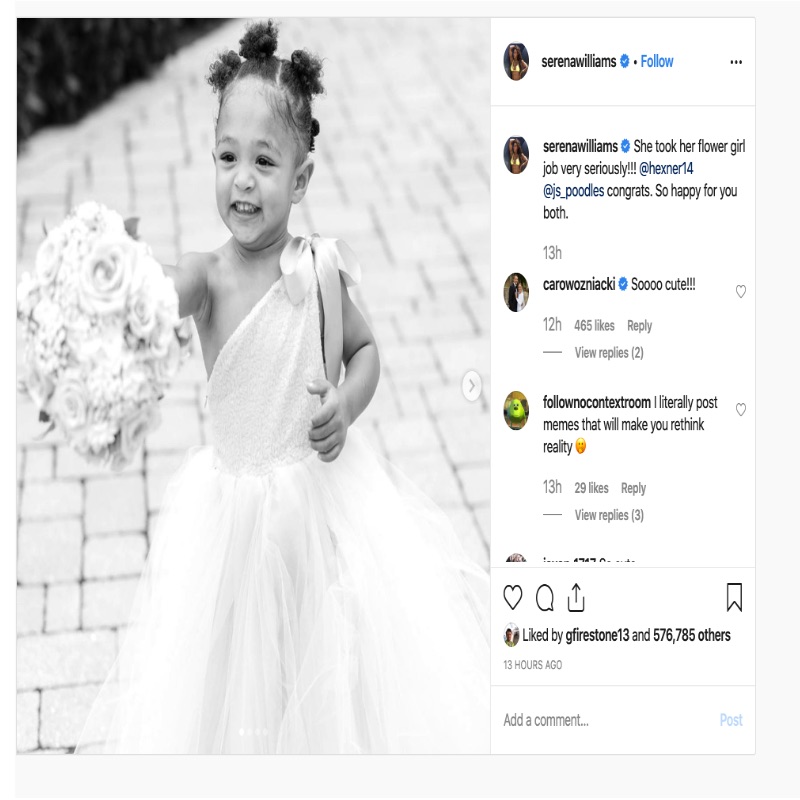 2020 is going to be a busy year for Roger Federer, who this week announced he would compete in the French Open next year.

Federer has cleverly mapped out his seasons as he has aged – and that has kept him at the top of him game., so it came as a surprise to many that he wants to play Rpland Garros, then Wimbledon, the. Tokyo before the US Open.

‘Especially if I’m playing the Olympics and all that. So I’ll probably play the French, Halle, Wimbledon, the Olympics, maybe Cincinnati and then the US Open.’

Federer competed in Masters 1000 events before Roland Garros this tear. That doers not look likely next year.

He still harbours a desire to win Olympic gold. In 2012 he lost to Britain’s Andy Murray – who this week said he probably won’t team up with brother Jamie in the doubles in Tokyo.

Jamie has struck up a partnership with Neal Skupski, which looks like becoming solid after a low start.

IN January Coco Gauff was ranked at #685. A little known American teenager, who, according to many, ‘showed promise’.

Gauff took home her first WTA title last week in Austria. It has earned her praise worldwide. But 2019 has not been all plain sailing.

Many see her as the new ‘Serena’. Time will tell, and it would be advisable to her minders not to let that get to her too soon.

Keep her feet firmly on the ground and slowly build up a reputation both on and off the court.

Talking of her success in Austria, Gauff said: “This was definitely not on the calendar at the beginning of the year.”

Wimbledon threw her on to the world stage before she lost in straight sets in the first round of the Citi Open back in late July before reaching the third round of the US Open in New York.

But life for a 15-year-old on the WTA tour is not easy. Because of her age she is only allowed to compete in 14 tournaments until her 16th birthday – in March next year.

Some say that regulation has stymied her progress. Coach Patrick Mouratoglou has taken her under his wing, and believes so.

“This is going to slow her down for sure,” Mouratoglou said. “You are basically preventing young players from doing their job.”

Others believe too much at an early age could lead to premature burn-out.

Time will tell but many are already singing her praises – including one Nick Kyrgios, who described her as ‘the real deal.’

With the current WTA rankings so fluid, Gauff will have s chance in 2020 too show whether she really is the heir apparent to Williams’ throne.

A NEW video entitled “All to be Champions” has been launched by organisers of the 2019 Davis Cup Finals in Madrid, highlighting the importance of fan support.

The video features eight world champions, all of whom recall the feeling of support from an entire nation as they won their global crowns.

Japan’s Kei Nishikori, Italy’s Fabio Fognini, Russia’s Karen Khachanov, Argentina’s Diego Schwartzman and American brothers Bob and Mike Bryan are among the tennis players asking for the support of their entire nations, following their team’s progress, encouraging them and pushing them towards victory.

Spanish world number two Rafael Nadal also stars in the video, saying: “I want us all to be champions.”

AND finally … former Wimbledon chairman Philip Brook revealed this week a conversation with Tennis World he had with Andre Agassi in 2012 that had Agassi tied in knot – literally.

Brook described how Agassi and wife Steffi Graff had arrived at Wimbledon ‘immaculately dressed’ but for one thing.

“He was not wearing a tie.

“If you walk into the Royal Box [without a tie] you will be on the front pages of every newspaper for all the wrong reasons.’ He was wearing a white suit and being a member, a purple and green Club tie worked perfectly well.”

Wimbledon committee man John Dunningham took Agassi off to the men’s cloakroom to find a tie.

“Walking to the cloakroom, Andre said to him: ‘John, I need to tell you something. I can’t tie a tie,” Brook recalled. Agassi revealed he had ‘worn a tie in my life’.

So Dunningham then tried to teach him how to tie the tie.

“Of course, that was far too difficult,” Brook told Tennis World.

“So John ended up standing behind Andre and tying the tie from behind. They came back and we got him on the court just about on time for the start of play.”