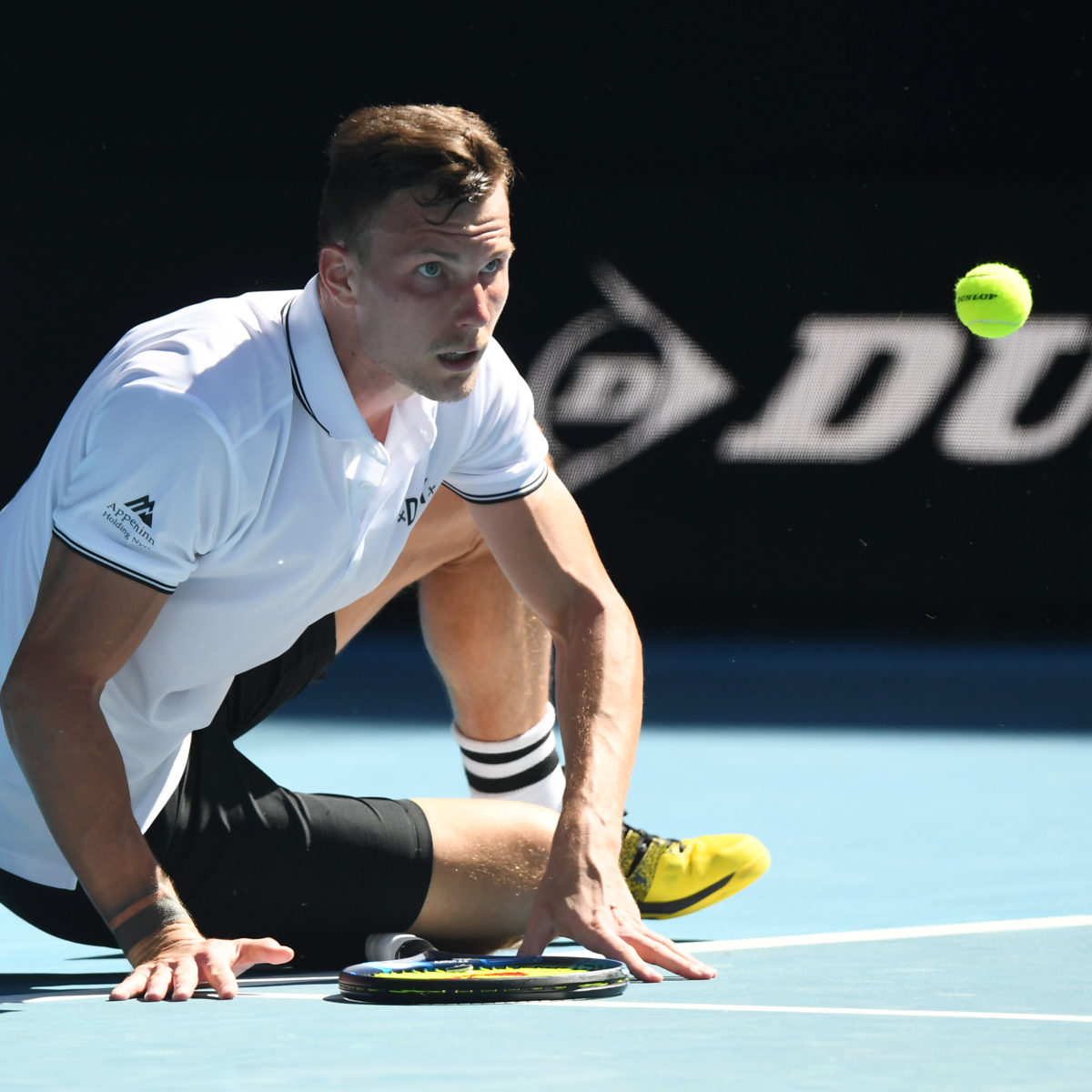 After fighting back from two sets down, Wawrinka struggled to keep momentum as Hungarian Fucsovics won the four-hour, five-set match.

It was his second five-setter this week, having beaten Marc Polmans on Monday in similar style.

Fucsovics collapsed on the court after victory and later conceded he felt like dying.

“It was a long match. I knew he was going to come back, he’s a strong player physically and mentally.”

In the fifth set, Fucsovics broke Wawrinka’s serve at 4-3, but Wawrinka fought back as the match went to a tiebreak.

Wawrinka jumped to a 6-1 lead and had three match points at 9-6 but then lost all three as Fucsovics won his only match point.

Fucsovics will play either Canadian 14th seed Milos Raonic or France’s Corentin Moutet in the next round.