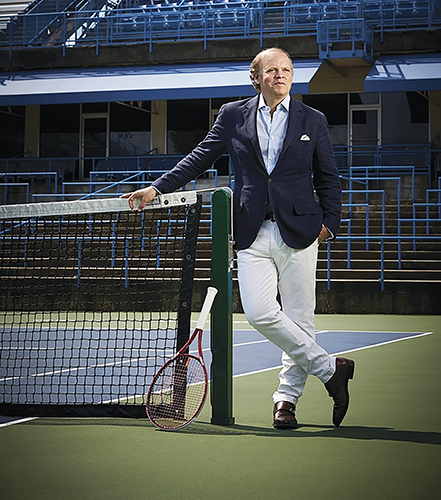 Sketchy plans to re-start the ATP in the virus-plagued US may hit the buffers, with the event due to start on August 14 said to be in danger of cancellation.

The Ubitennis website quoted French sources in suggesting that the tournament which is to kick-start a brief sprint to the US Open (from August 31) could fall victim to a rising COVID-19 rate in the US capital.

French website Tennis Break News said that three sources told them the tournament might not go ahead, despite reassuring platitudes only last week to the Tennis Channel from TD Mark Ein.

With the virus out of control in the free-for-all US, the entire attempt to restart the sport in North America is looking shaky.

Washington is touted as a (relatively) “safe space”; but at the weekend, Washington officials announced 920 new virus cases. The entire US is on fire with COVID, with more than 140,00 deaths and few mask requirements for citizens.

Even Ein admitted that things might soon go pear-shaped with the ad hoc tournament  Combined with quarantine requirements on both sides of the Atlantic, the thought of even travelling to the US leaves many European and other payes in dread.

Clay tennis in Europe is due to start on September 13 – day of the proposed US Open men’s final – with a run of events in Madrid and Rome before the September 27 start of the French Open.

With the virus in Europe somewhat under control, the clay is looking like a much safer option for many.

Ein confessed that his tournament might still be cancelled: “We have different milestones, where we have to do commitments…the worst disaster would actually be to cancel the week before, when players are here, (have) made travel plans,”

“We’ve spent a ton of money, that (cancellation) would be bad for everyone.

“We’re constantly doing recalibrations just to make sure that it makes sense.’

It’s the travel issues; can people get in and out of the country.”

Should it go ahead, the tournament has managed to attract the Top 10 pair US Open finalist Daniil Medvedev and ATP Finals winner Stefanos Tsitsipas.