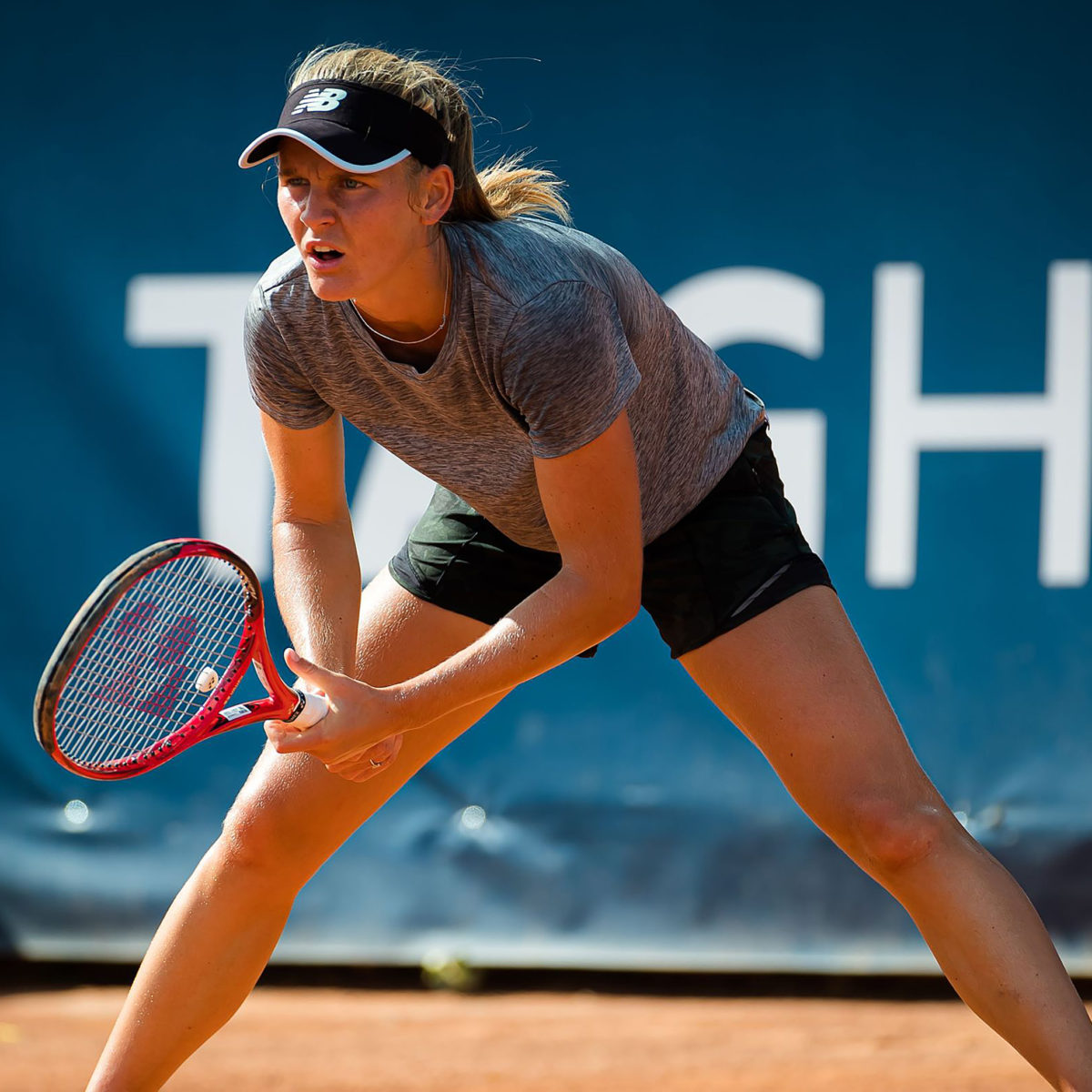 Ferro’s response to losing the first set was pretty emphatic against the Italian playing on home soil and attempting to reach her first ever domestic final.

So for the second night in succession, Ferro crushed the partisan home supporters desires for home success, having beaten  former Palermo champion Sara Errani in the quarterfinals the night before.

“I would have never won those kinds of matches two years ago,” Ferro told the WTA post-match press conference. “I used to focus a lot on my opponent when she was playing aggressive, and I didn’t find solutions.

“Today I’m very happy to be through because I managed to maybe focus more on my game and not on my emotions.”

“You always hope to be in the final in the beginning of the week, but you never know if it’s going to happen,” Ferro said. “I had a good preparation for this tournament because I played some matches in July in France. I think that helped me when I got here, because I was ready.”

Ferro came into the tournament on a high having hit a 10-0 streak in domestic competition.

No.4 seed Anett Kontaveit awaits Ferro in the final, looking for her first ever title on clay.

Kontaveit strolled past No.1 seed Petra Martic, 6-2, 6-4 earlier in the day

In Sunday’s final they will be facing each other for the second time though it will be their first meeting in a WTA event. Kontataveit leads 1-0 having beaten Ferro at an ITF event in 2016.