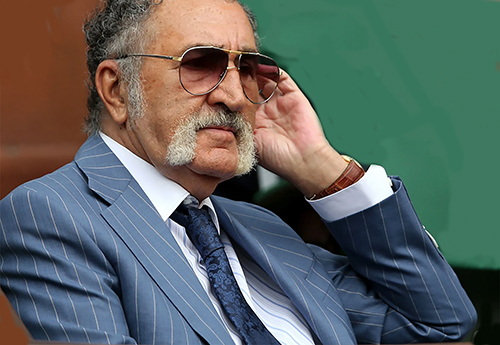 A resurgence of COVID-19 cases in Spain has thrown next month’s attempt at staging the Madrid Masters into serious doubt, with danger lights flashing for organisers.

Owner and impresario Ion Tiriac said  that his Cyprus-based management company received guidance from Madrid’s city hall not to go ahead with the event which is due to be staged at a rescheduled date starting September 12, closing weekend of the US Open in New York..

The Romanian billionaire said in a release: “Super Slam Ltd as well as the ATP and WTA consider the health and safety of players, spectators and staff involved in the event as the No. 1 priority before anything else.

“We will comply (with) all the rules of health and safety set by the local health authority. We will work closely with the (Ministry of Public Health) to see what the safest way (is) to organise the event.

“As the deadline gets closer we will take a final decision.”

Spain’s MARCA sports newspaper reported that the government told TD Feliciano Lopez that it “discourages” the tournament, which is to precede the Rome Masters and the start of Roland Garros on September 27 in Paris.

Another paper, El Confidencial, first published the July 29 health ministry letter which states: “It is inadvisable to hold the tournament in September 2020, due to the aforementioned health risk that it would pose to both the public and the organization and the players.”

Options for Tiriac and his team include cancellation or a no-fans tournament’ Spanish world No. 2 icon Rafeal Nadal has already committed to the home tournament.

In light of the advice of the competent health organisations, and given the difficult situation caused by covid-19 (with a considerable increase in cases in Madrid and in Spain), the organisers are analysing and closely evaluating all the possible options, while always focusing on guaranteeing the safety of all those involved in the tournament.

“The final decision on the staging will fall to Ion Tiriac and Super Slam Ltd., the tournament’s licence holder.