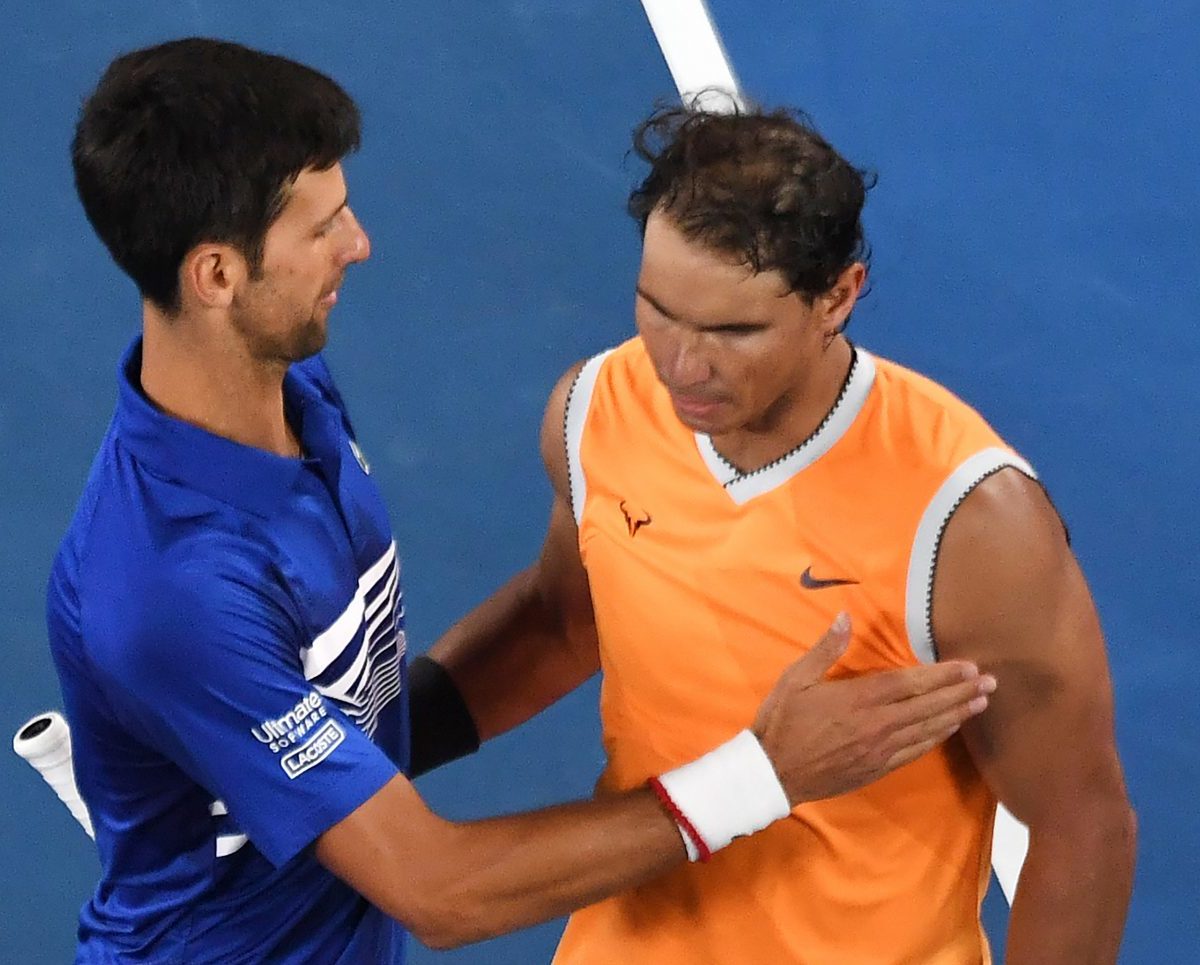 Tournament bosses at next week’s Basel and Vienna ATP 500 event are fuming about a charity exhibition to be staged simultaneously in far-away Kazakhstan.

The hit-and-giggle will feature none other than the top two players in the world, Novak Djokovic and Rafael Nadal.

While reports have been circulating for months that Nadal is due to marry his longtime girlfriend sometime during the autumn, it looks like any ceremony will not come in the immediate future.

The Spaniard who squeezed one singles match at the Laver Cup in Geneva last month after winning the US Open, has not been on court, since as he claims injury.

But it now looks as if the quick-grab Kazakh payday is a goer for the 33-year-old. .

The conflict of scheduling has Vienna TD Edwin Weindorfer more than a bit annoyed – especially since the ATP in the form of outgoing supremo Chris Kermode had to approve the unusual schedule clash.

With both top players out of commission in terms of ATP entries during next week, it’s Basel and Vienna that have automatically missed out on any potential entries from either of the pair of tennis household names.

“There was approval from ATP CEO Chris Kermode because, per rules, during ATP tournaments, an exhibition match cannot be held,” Weindofrer told local media in Austria.

“We need to respect that. I do not think it’s good that there are exhibitions ongoing during ATP events.”

The head of the grass-court Mercedes Cup in Stuttgart is also a main organiser of the new WTA Berlin and ATP Mallorca tournaments, both set to debut on the 2020 calendars during the run-up to Wimbledon.

“Players are ATP members. There is an off-season after the ATP Finals (November 10-17) and anybody can play during that time,” the Austrian said.

With Djokovic due to drop enough ranking points next week to fall behind Nadal in the annual points race, the Serb may be giving up more than he thought by sitting out ATP play.

Djokovic won Vienna in 2007, the last of the two times he played, The Serb took the Basel title in  2009 and lost the final to Roger Federer a year later.

Nadal has never competed in Vienna but played Basel in 2003, 2004 and returned in 2015 where he lost the final to Federer in the Swiss icon’s hometown.