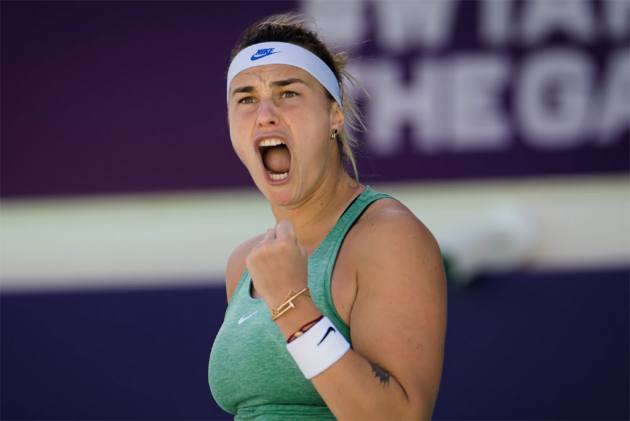 Aryna Sabalenka has emerged as an Australian Open outside title threat after her Abu Dhabi win.

The 500 series is the last prior to Open quarantine in Melbourne, which kicks in for 14 days this weekend and is mandatory for any and all participants in the locked-down and shrunken Grand Slam.

Sabalenka, from Belarus, won the ninth trophy of her career as she defeated Russia’s Veronika Kudermetova 6-2, 6-2 in the Emirate capital.

“I came here to play matches after months of preparation indoors,” the winner said.

“I’m happy i could play six matches and win the title. I’m confident going to Australia, I’ll do all I can to keep winning matches.”

Sabalenka has a modest record at Melbourne Park, making first-round exits in two of the previous three editions while reaching the third round in 2019 and losing to Amanda Anisimova.

Abu Dhabi was laid on as an emergency measure due to the COVID-19 pandemic which has forced the AO to begin three weeks late on February 8.

Sabalenka has not lost since the Roland Garros second round in early October and has since claimed three consecutive titles in Ostravan, Linz and now the Gulf.

She said time has flown by during her three-month win streak.

“It doesn’t seem like that long, but I’m really happy to keep on winning.”

The 22-year-old will reach a career high of seventh in the world on Monday when the next rankings appear.

The opening set took just 26 minutes, with the 10th seed getting away to an early break to assure her run to victory as she broke the 46th-ranked Russian six times.

Sabalenka failed to convert on a match point in the penultimate game as she led 5-1 but got the job done moments later to lift the trophy.