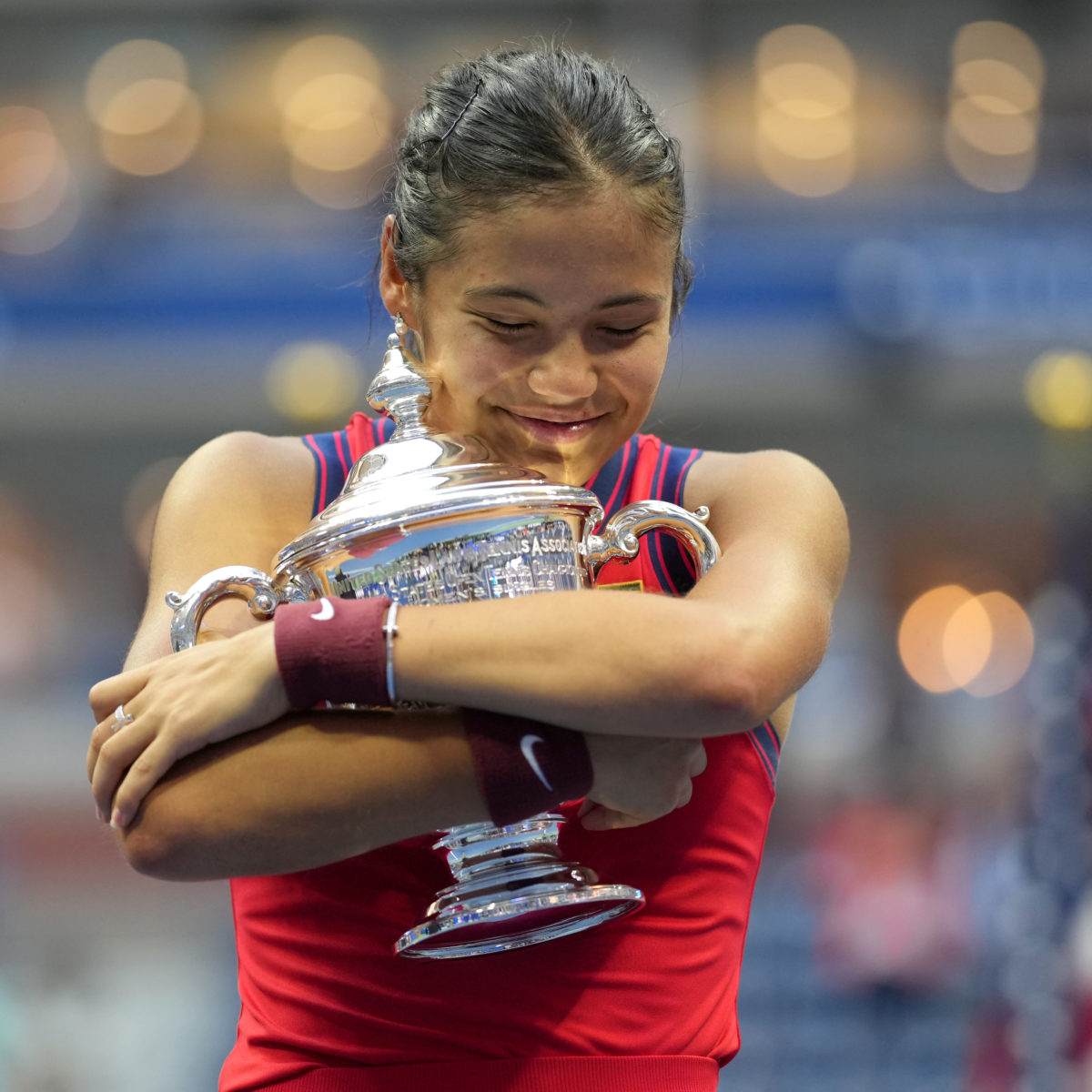 Emma Raducanu has finally had time at home to put her feet up and savour the replay of her US Open title triumph less from than a week ago.

The 18-year-old British breakout queen of the courts told BBC Breakfast on Friday of her welcome home Thursday in Bromley, south London, after becoming the first player in  history to win a Grand Slam title from a qualifying start.

“”I watched the final and tried to remember how it felt,” the new No. 23 said, calling her three week dream in New York  such a whirlwind of an experience.”

“I’ve loved every moment of it but it is something that is difficult to comprehend.

“When I was watching, it almost feels like that’s not me playing and pulling off some of those shots – I was really proud of how I came through some tough moments.”

With her bank account bulging with US$ 2.5 million and sponsors queueing up to sign her on, the 18-year-old is leaving the hard financial yards to her parents Ian and Renee – both currency traders in the City – and to her management.

“”I’m just focusing on what I love to do which is competing and they can take care of that for me.”

She said her Romanian father and Chinese mother kept her return to the family home low-key.

“They just gave me a hug when I came back. Nothing crazy, no big celebration.

“They are just staying discreet and some reassurance in saying they’re proud of me is enough.”

Raducanu, who is tipped as a billion-dollar brand over the coming years, is most keen to get back onto the Tour once she has come off her Grand Slam cloud.

Her next logical appointment would be a wild card entry into the rescheduled  Indian Wells Masters starting in the Californian desert on October 6.