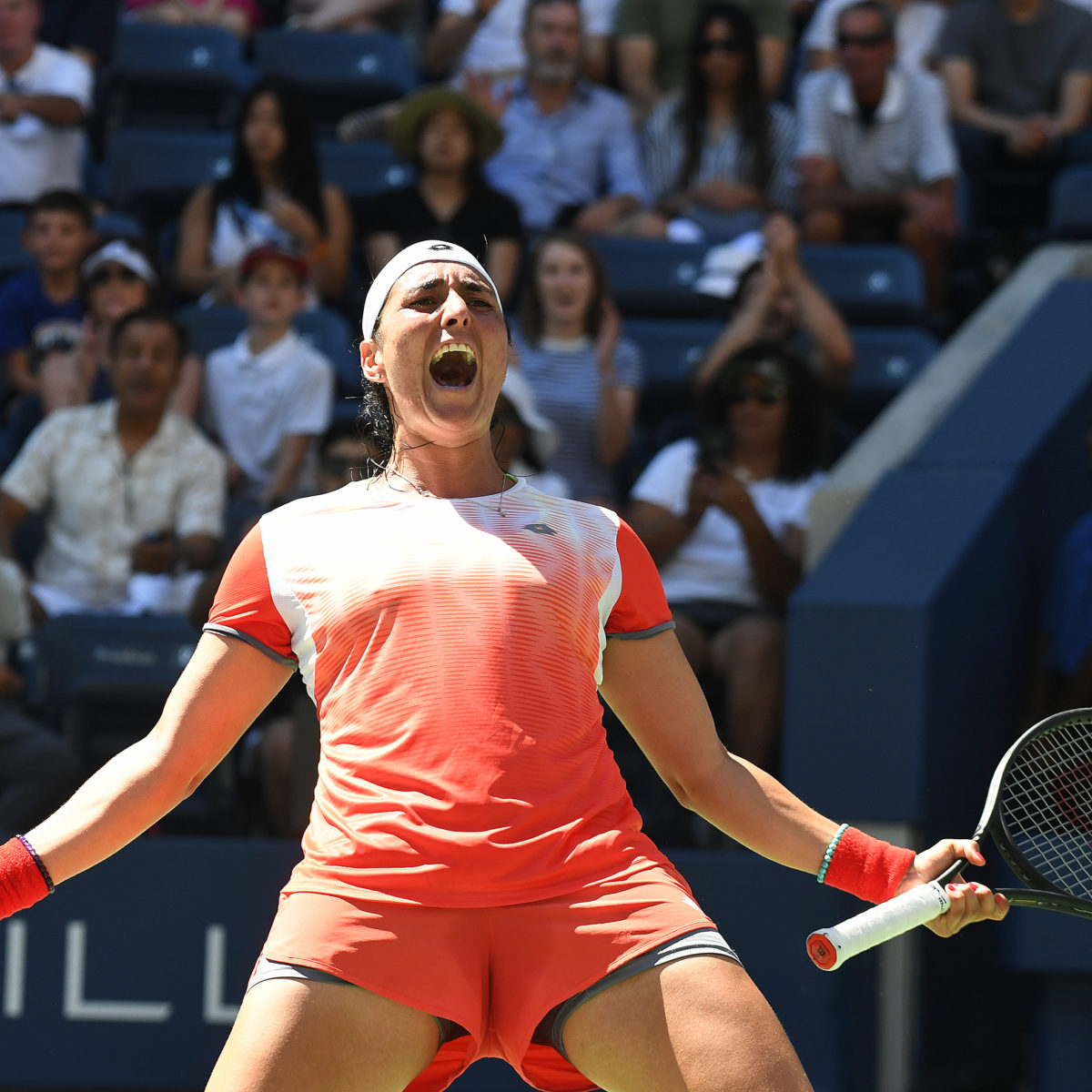 Fifth seed Ons Jabeur, the Wimbledon finalist, polished her impeccable record against Americans to 11-1 this season with a 4-6, 6-4, 6-3 comeback over Shelby Rogers at the US Open on Friday.

The Tunisian who is carrying the load for fledgling North African tennis, had a tense moment late in the match when she quietly picked a discreet corner of the Armstrong stadium ro be sick.

She then went straight back to work in overhauling her No. 31 opponent.

Jabeur set up a fourth-round contest against Veronika Kudermetova, who advanced with the loss of just two games in a rout of Hungarian Dalma Galfi and has not been broken here in 22 service games.

“I think we both played really good,” Jabeur said. “It was a tough first set.

“I had a lot of chances there, but I’m pretty glad that I kept believing in myself and I got the win in three sets.”

Jabeur broke on four of eight chances and hit 29 winners to 25 for her local opponent to go through in two and a quarter hours.

“I know that I don’t play the best on hard court, but it’salways amazing to see how I’m improving, how I’m pushing my limits.

“I just don’t want to stop here. You know how much I love New York, how much I want to be here.

“The main reason to be here and the main goal for me is always to play well here. I’m just gonna keep fighting and keep pushing and breaking records here.

Fifth-seeded Coco Gauff moved into the second week here for the first time in her career through a 6-2, 6-3 of American countrywoman Madison Keys, advancing in 72 minutes.

“I was definitely impressed with how I played, Maddie is not an easy opponent,” Gauff said.

“I lost to her in Adelaide.(January), I learned a lot from that match. (Today) I was, like ‘if I lose, I’m not going to lose the same way.’

“I was really just trying to take my ground when I could. It’s not easy to do that against her.”.

China’s Zhang Shuai ended the run of Rebecca Marino, defeating the Canadian 6-2, 6-4 in 64 minutes while never facing a break point.

She next plays Gauff.