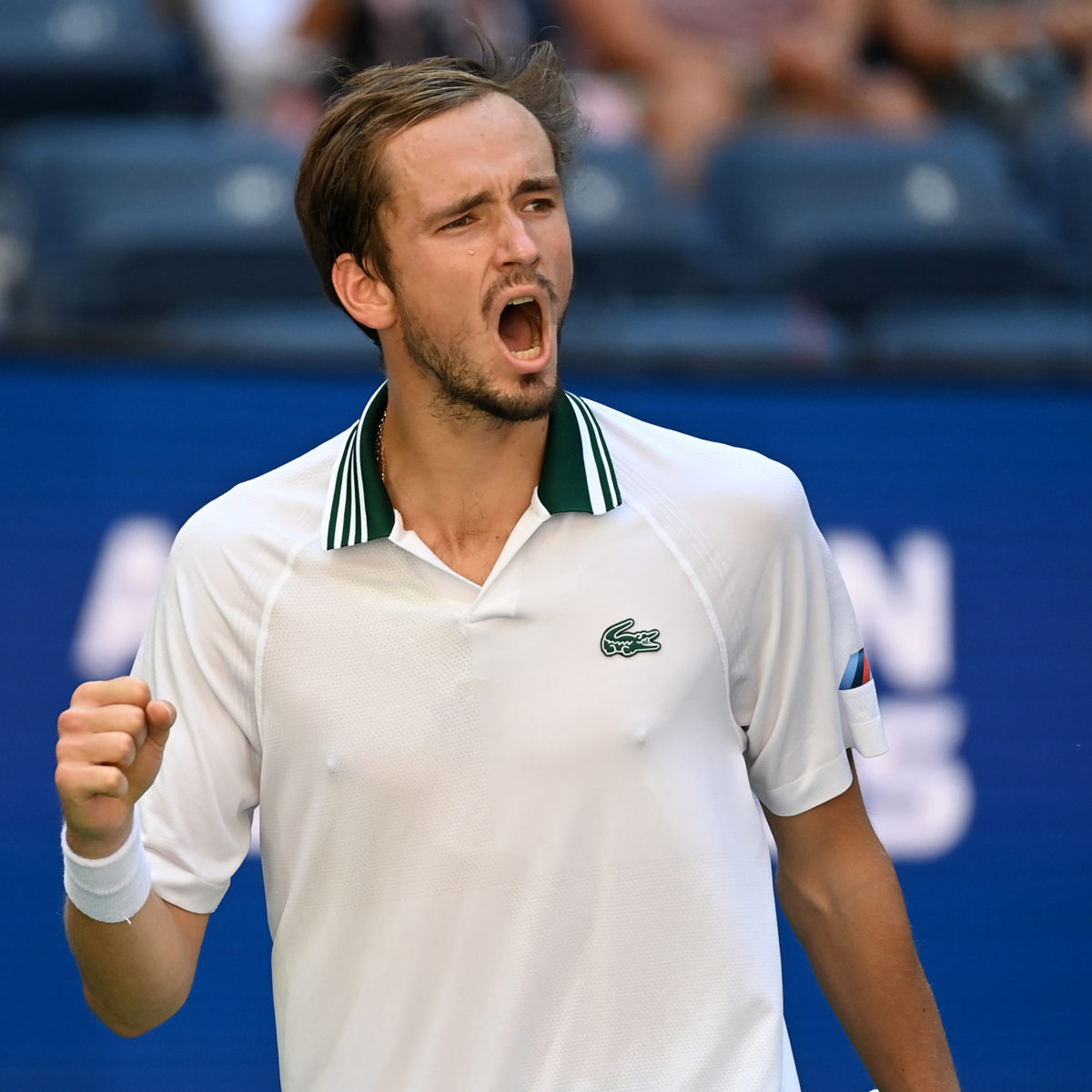 Daniil Medvedev booked his third straight semi-final at the US Open on Tuesday as he schooled breakthrough Dutch qualifier Botic van de Zandschulp 6-3, 6-0, 4-6, 7-5.

The second seed played the final at Flushing Meadows two years ago, going five sets against Rafael Nadal; a year ago he faced eventual champion Dominic Thiem in the final four.

“I just want to do a little better than the last two times and get this last step, which is the toughest one, actually,” he said of his record here.

Medvedev is still in with a solid chance to prevent top seed Novak Djokovic from claiming the first Grand Slam calendar year title sweep since 1969 when Rod Laver did it.

The Serb still needs to win three matches to achieve that dream, starting in the quarter-finals with sixth seed Matteo Berrettini on Wednesday..

It took nearly two and a half hours for Medvedev to fight off his No. 117 opponent in their quarter-final.

Victory still cost him a perfect record on sets during the event as he lost his first of the tournament.

“”First two sets he was missing and I was controlling the game,” Medvedev said.

“But then he started missing less and hit with more power and played more aggressively. The break point he won he hit a forehand winner, so it became a lot tougher for me.

“I’m happy with my game in the fourth set because on my first serve, I only lost two points and I always felt under pressure.

“Then at 6-5 he got a little bit tight, and I managed to do it without the tie-break, which is helpful.”

“I’m really happy to be in the semis again, third time in a row,” Medvedev said. “I couldn’t dream of it maybe four years ago.

“The first two sets went by quickly, I think – maybe too quickly.” the Dutch challenger said.

“In the third I started serving better, playing better. I played a good third and fourth set.

“At the end of the match he’s the guy who deserved to win today.”

After claiming the opening two sets, Medvedev found himself on the back foot as he dropped his first set of the tournament.

Van de Zandschulp, who upset seeds Casper Ruud and Diego Schwartzman, saved a match point in the 10th game of the fourth set, but two games later Medvedev was lifting his arms in victory after a seventh break of his opponent’s serve.

Medvedev sent over 13 aces among his 36 winners.

He will play a Friday semi-final against the winner from  12th-seeded Canadian Felix Auger-Aliassime and Spanish teenager Carlos Alcaraz, who upset third seed Stefanos Tsitaips in the third round.