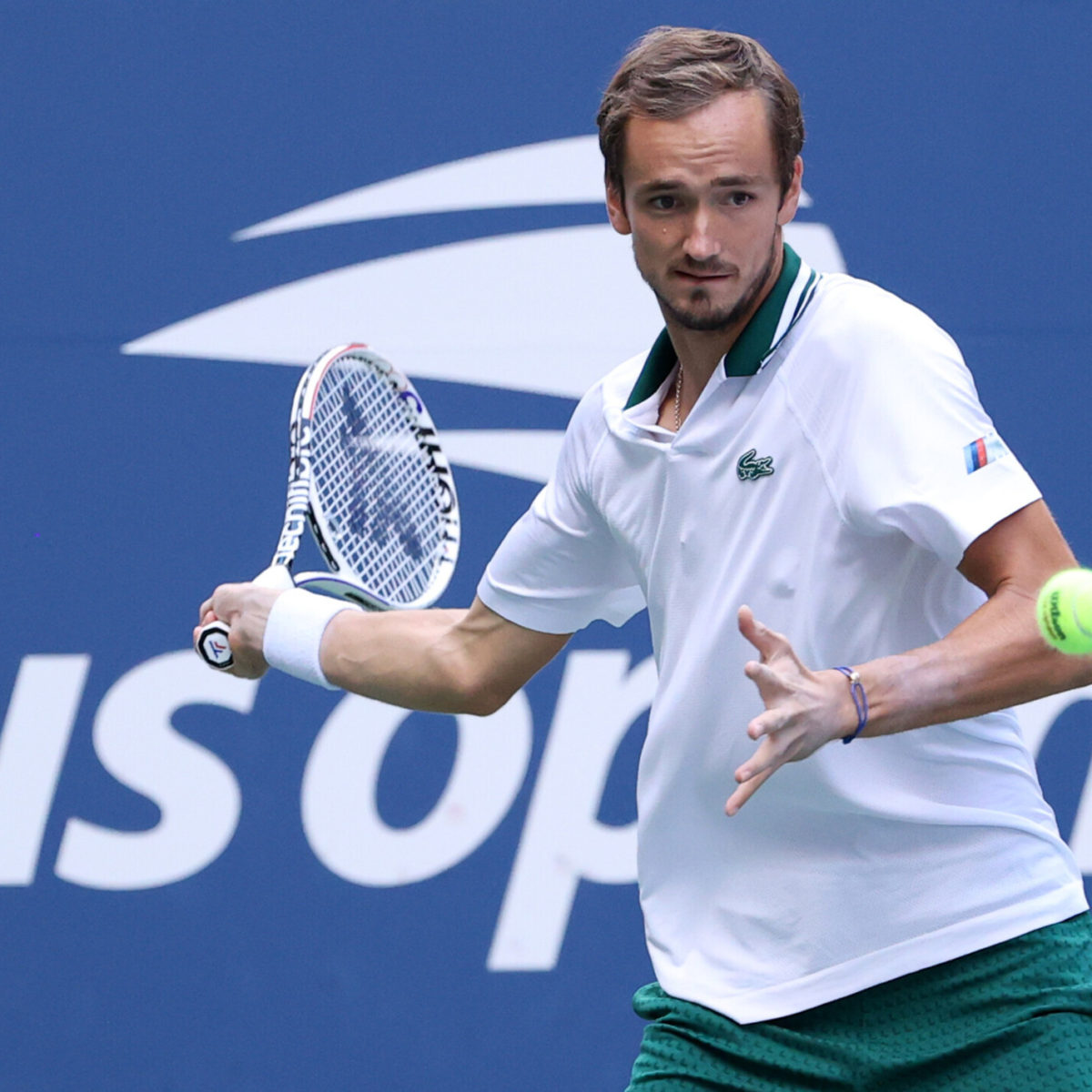 Second seed Daniil Medvedev kept up pressure on the Grand Slam dream of Novak Djokovic as the Russian second seed carved up Brit Dan Evans 6-3, 6-4, 6-3 on Sunday in the US Open fourth round.

Medvedev is among the handful of hopefuls aiming to knock top seed Djokovic out and prevent the Serb from winning his fourth major of the season and claim the first Grand Slam title sweep since Rod Laver in 1969.

Medvedev needed just an hour and three-quarters to pound British No. 1 Evans, hitting 13 aces to nil for the challenger.

“I knew I had to keep my focus from start to finish,” the Russian said. “I was serving good, trying to change up the game, mix up the game.

“I’m really happy that I beat such a tough opponent with that score and with that much energy left.

Evans was not overly disappointed with his own showing.

“It was a solid week, The whole trip in itself was difficult but I played my best tennis. which is pleasing.”

Medvedev nearly doubled the Evans winner total, 43 to 24 and next takes on the surprise packet of the week in  Botic van de Zandschulp.

The No. 117 qualifier backed up his second-round elimination of eighth seed Casper Ruud with a marathon which lasted for almost four and a half hours.

The 25-year-old journeyman is living his best life in his first actual trip to New York, a venue he said he has only seen on television.

“I thought in the fifth I played my best tennis of the match,” van de Zandschulp said. “I played aggressively… in the end I deserved to win,

The player who was competing in only the third five-set match of his career – all played this season – said he surprised himself in victory.

“In the fifth set I think I was physically good and maybe physically a little bit better than him even.

“At the moment I’m feeling good, but I don’t know how I’ll feel tomorrow.”