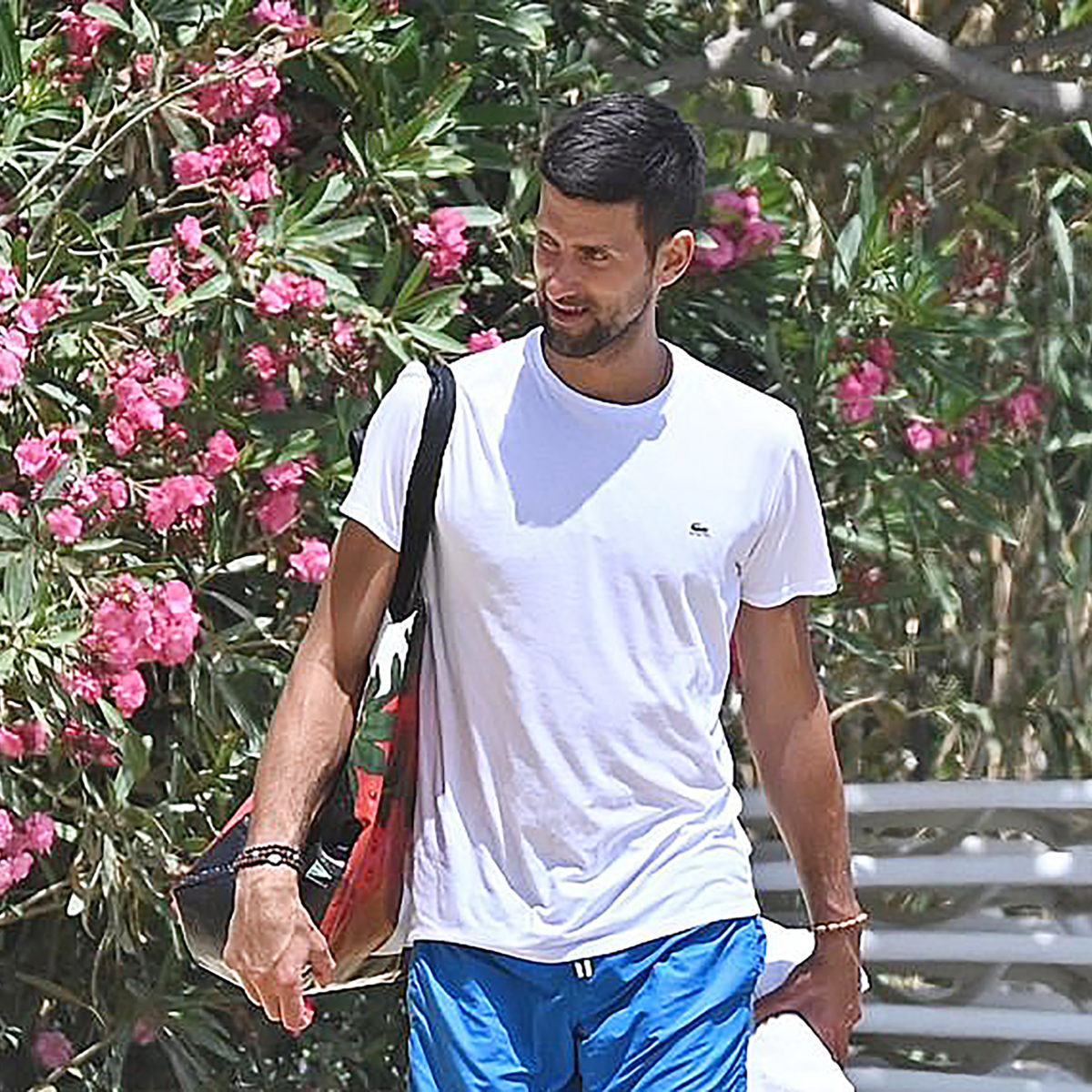 Despite the government of Andalusia which includes his current location Marbella, ordering that face masks must be worn indoors, at the beach and at swimming pools, with a fine of €100 (£91) given to those who don’t comply, Novak Djokovic was seen yesterday on social media ignoring the rule as he walked about town.

The world No.1 had recently returned to the practice courts at the Novak Djokovic tennis centre in Belgrade  having recovered from testing positive for COVID19 in June following the disastrous “Adria Tour” Event.

He was later seen was seen wearing a towel around his waist apparently getting ready to go for a swim.

President of the Andalusian Government, Juanma Moreno introduced some of the strictest laws in Spain, saying that ‘Despite the heat, difficulties and limitations, we have to get used to wearing the mask permanently.

‘With the use of the mask, the risk of contagion is reduced to one per cent.’

Local regulations in the tourist dependent holiday resort state that sunbathers and swimmers are allowed to remove their masks as long as they remain within their household and maintain a 1.5m distance from other members of the public.

Spain, one of Europe’s most affected countries with over 28,000 deaths from the corona virus pandemic, ended a strict  national lockdown on June 21.

Tourism is the third major contributor to national economy and ranks second on the world  list of most visited countries, the latest figures showing over 80  million visitors annually.

Only last month, Djokovic issued an apology for the conduct on his Adria Tour debacle after becoming a victim himself as well as wife Jelena by testing positive for coronavirus.

‘I am so deeply sorry our tournament has caused harm,’Djokovic’s apology read. ‘Everything the organisers and I did the past month, we did with a pure heart and sincere intentions.

‘We were wrong and it was too soon. I can’t express how sorry I am for this and every case of infection.’