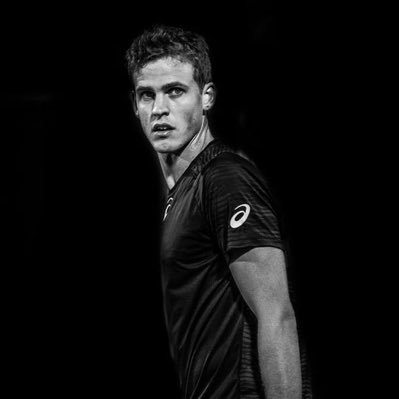 Canadian Vasek Pospisil is plotting his escape soon from what he believes is a leaky Roland Garros “bubble” and is hoping to carry on with the job of organising his fellow players into a somewhat cohesive political structure.

The co-founder of the Professional Tennis Players Association along with world No. 1 Novak Djokovic said the Paris version of a bio-secure player environment compares poorly with the no-crowd US Open which wrapped up just over a fortnight ago in New York.

After losing in the first round on Tuesday to Italian Mattero Berrettini, Ppospisil is counting the hours until he is free to leave.

“As soon as I’m done with doubles, I will leave the bubble because it’s not a very good bubble here they made for us. It’s not easy mentally to be in it,” he said.

Comparing Grand Slam bubble experiences, he explained: ” I thought the US Open was a lot better. They did a better job.

“There was a games room for the players. There was an outdoor area with a food truck, an area you could sit and lounge.

“Paris (with a rising COVID rate which knocked daily spectator numbers down to 1,000 only) is a tough city because everything is closed, but it’s just a little bit more difficult mentally.”

With competitors restricted to the Roland Garros complex – on match days only – and a 5-star hotel which also has some regular punters as guests, Pospisil has complaints about the entire bio-health concept here.

“It’s tough, we don’t have anything. At the US Open there was a much bigger effort from the organisation to make the time in the bubble a little bit more comfortable for the players. That’s for sure.

“Almost every player I’ve spoken to was sharing the same opinion. It’s not easy to be stuck in the bubble.

“You don’t want to be on-site all day because it’s also a stressful environment, you have all the competitors around.

“You want to leave the site as soon as possible. The only place you can go is the hotel.”