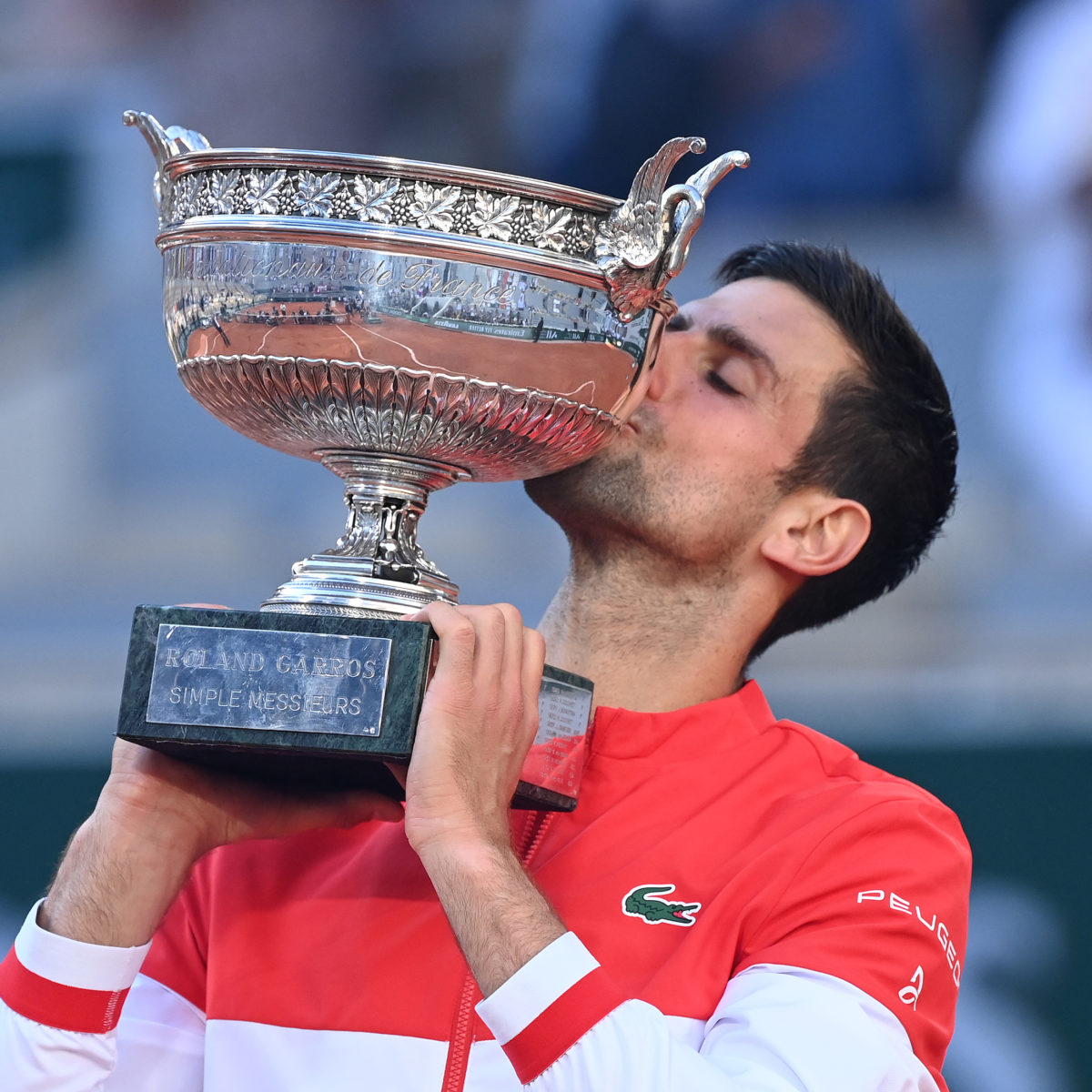 Novak Djokovic remains entirely uncertain about the uncharted territory ahead as he tries to level up – or surpass – Roger Federer and Rafael Nadal on 20 Grand Slam titles.

The Serb, ranked atop the ATP list, revealed his insecurities on closing the gap with the pair of icons on Saturday as he tuned up for the Monday Wimbledon start.

The top seed arrived recently in London and went into obligatory player quarantine after playing doubles this week in Mallorca but retiring before the final due to his Spanish partner’s fitness problems.

Djokovic won Roland Garros a fortnight ago to climb to 19 Grand Slam singles titles and threaten the superiority of his main Swiss and Spanish rivals for all-time tennis glory.

“Hopefully I can find out in a few weeks. The Grand Slams are the greatest motivation I have at this stage of my career,” the 34-year-old added.

“I want to make the most of these tournaments to reach greater heights, something I have done in my career, playing my best tennis at these events.

But the uncertainties of the severe Wimbledon player lockdown – even though crowds per day will number in their tens of thousands under a one-off British government relaxation of rules – weigh heavily on the sporting multi-millionaire who is used to making his own decision with regard to Grand Slam logistics.

But in the nanny-state regulations laid down by London,. all players must bunk up in a designated London hotel far from the All England Club and will not be allowed out into the world during their time in competition.

That could quickly become a psychological hardship to at least half of the player field, most of whom prefer to rent nearby homes within walking distance of the club.

Djokovic is prepared to suck it up with the three coaching team members allowed to accompany him to the event,

“Like everyone else, I am in the only official hotel, it is not ideal, nobody likes to be in a bubble, but it is not the first nor will it be the last we have,” he said.

“At least we had good weather the two days I have been here, now there are not many people in the tournament and that allows you to walk, go around the club, breathe fresh air.

“Once the tournament starts we will not be able to do it due to movement restrictions, but it is the same for everyone.

“I have felt good these days, I have seen myself hitting the ball well, I am focused on the tournament and I want to get the most out of it ”.

Under a free-for-all government relaxation aimed at testing COVID protocols, up to 20,000 unmaked fans will be allowed around the grounds in the early days with the finals in July to be played in front of 15,000 packed to capacity at Centre Court for the men’s and women’s finals