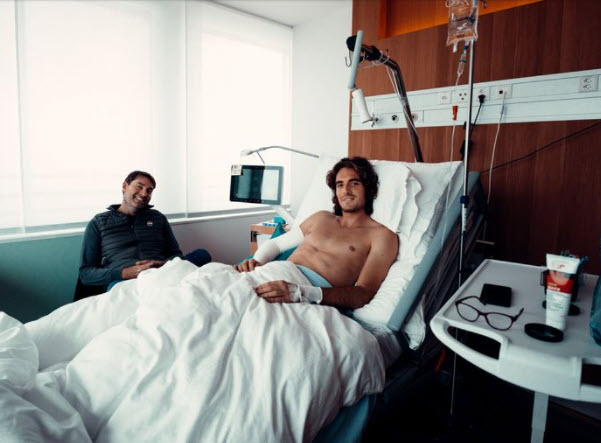 Stefanos Tsitsipas has undergone elbow surgery in Switzerland and is confident he will be fit for the Australian Open in Melbourne in January.

The Greek contacted the same doctor who fixed Novak Djokovic’s elbow and said in a Facebook post “next stop, pre-season in Dubai two weeks from now and then looking forwards to Australia.

“To all the fans, thank you for your continuous support and encouragement.”

Tsitsipas was forced to retire at the Paris Masters after just six games due to the injury.

“In Paris the pain was unbearable so I had to quit from that game, I’ve never retired in a match – it was very painful for me to let the crowd down and not play that match,” Tsitsipas said.