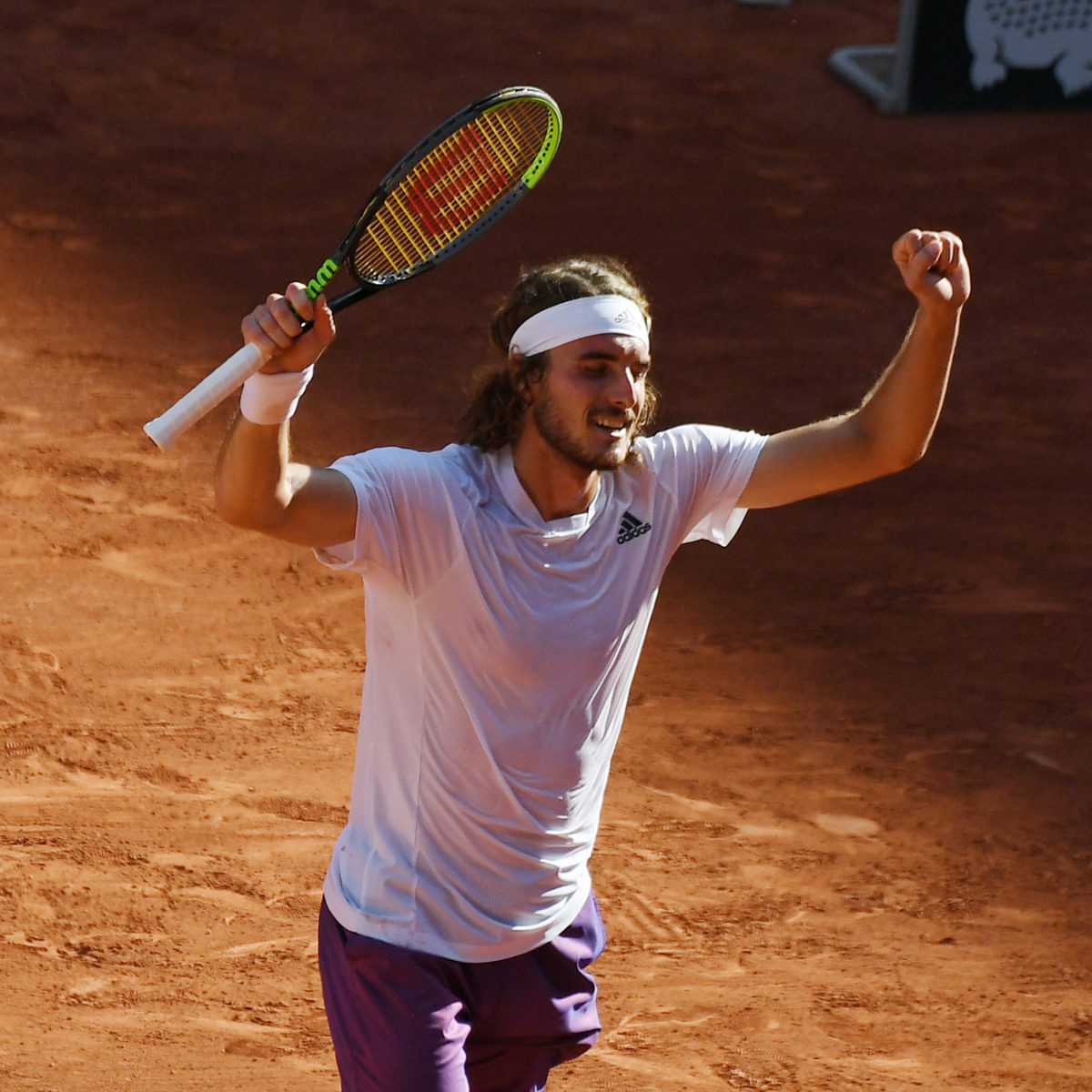 Stefanos Tsitsipas earned an historic first Grand Slam finals place for Greece on Friday as he blunted a mid-match attack from Alexander Zverev to win their dramatic French Open semi-final 6-3, 6-3, 4-6, 4-6, 6-3..

The fifth seed will play for his first trophy at a major on Sunday when he faces the winner from 13-time champion Rafael Nadal and world No. 1 Novak Djokovic.

The match which lasted for almost three and three-quarter hours looked likely to send the subsequent Nadal-Djokovic epic into a timing crisis due to the 11 p.m. COVID curfew in Paris.

Once the witching hour hits, all fans must exit the stadium, no matter the stage of the match

Tsitsipas came good a day after compatriot and friend Maria Sakkari lost her bid to put a Greek in the women’s final as she went down in her semi-final to Czech Barbora Krejcikova.

“All I can think of is my roots and where I came from,” the 22-year-old winner – visibly emotional – said. “My dream was always to play here.

“But I would have never thought that I could.”

With the match square at two sets each, Tsitsipas fought back from 0-40 down, breaking m in the first game of the final set to break his sixth-seeded German opponent.

The winner called that game the absolute key to victory.

“It was nerve wracking and very intense,” Tsitsipas said after coming good on

his fifth match point after Zverev saved four in the penultimate game.

“It was the most important game of the set. I was able to come back, stay alive.

“:I had the crowd with me, they were giving me energy” he said of the 5,000 allowed into the Chatrier showcourt.

“I felt like there was hope, and opportunities for me to fight back and do something.

“My only job was to get out there and fight.”

Tsitsipas added: “I had come some phases of emotional breakdown, it was very dramatic,

“This means a lot, it’s the most important win of my career so far. I’m very happy that Greece is now a part of the world tennis community.”

Tsitsipas wrapped up the fist set in barely half an hour and took the second as he ran off the last six games to win the second and leave Zverev in deep trouble.

Tsitsipas is the youngest man to reach the Paris final since Nadal at 22 in 2008.

Tsitsipas won a Grand Slam semi-final on his fourth chance, with losses including at the last Roland Garros edition and the Australian Open in February.