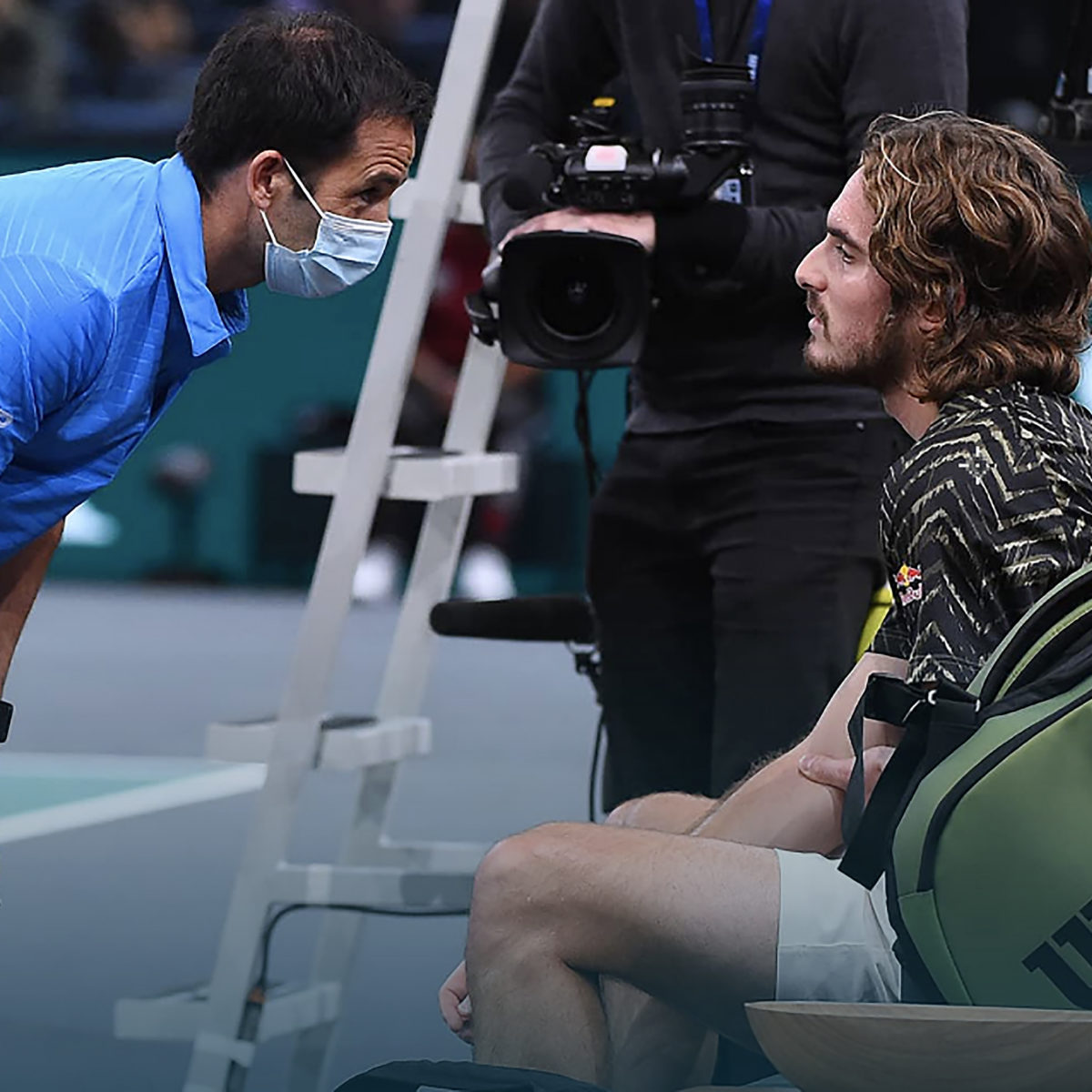 The elbow injury which forced Stefanos Tsitsipas to quit his second round match last week in Paris may still be around as the Greek begins play at the ATP Finals.

The world No. 4 said things are improving nine days after he left the court after six games in the opening set against Alexei Popyrin.

With play starting on Sunday in Turin at the eight-man season wrapup, Tsitsipas is making slow, if steady progress.

“In Paris, the pain was unbearable,” he said on Friday. “I had never before pulled out during a match.

“It was painful to let the crowd down. But I had to for my safety and well-being.”

“The last couple of days I’ve been training with a little bit of pain. But the elbow is feeling much better than five or six days ago.

“I’m reading in the right direction and doing everything possible to recover.”

Tsitsipas will open group play in Turin on Monday night against Andrey Rublev.