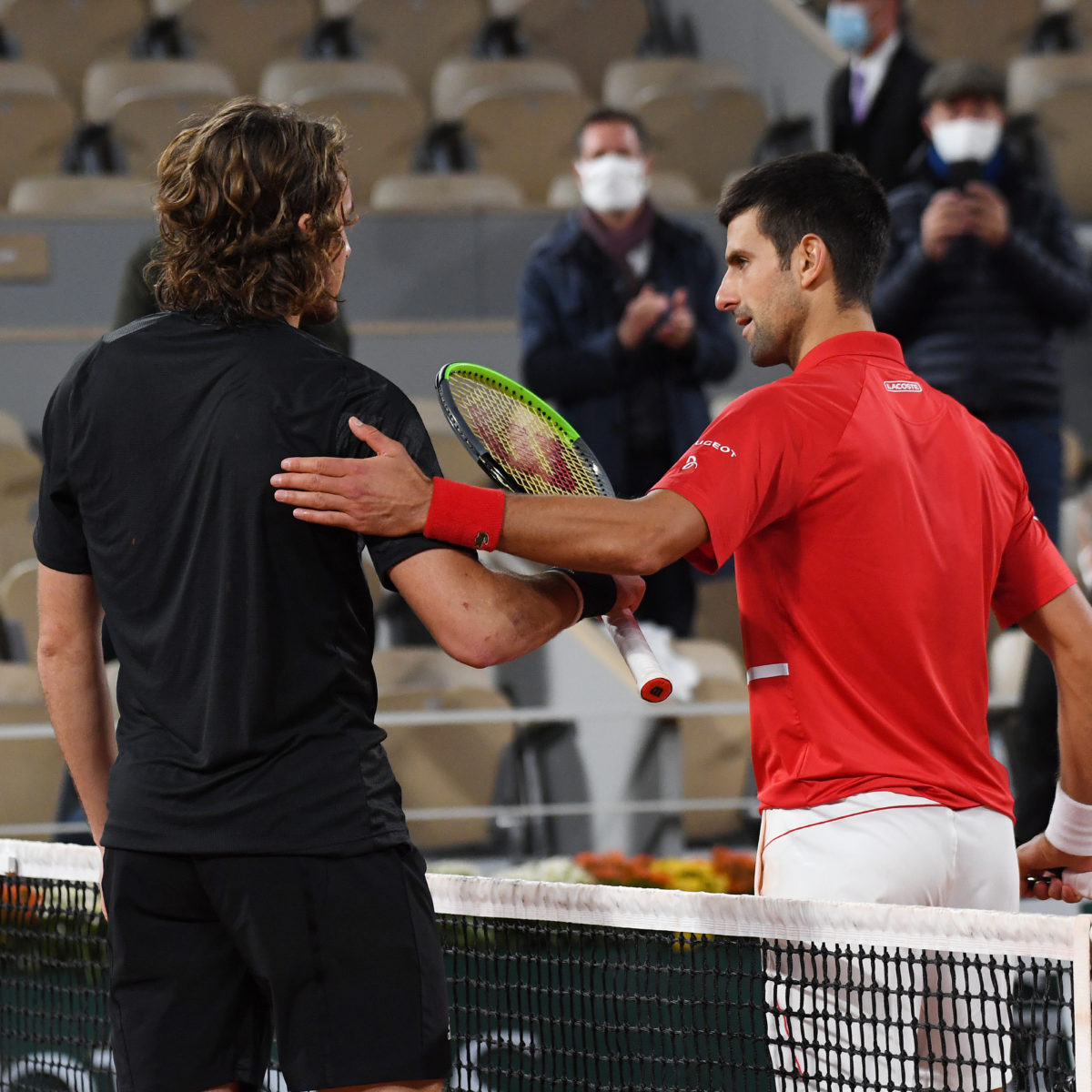 Stefanos Tsitsipas saved match points 90 minutes apart but was unable to complete a victory as the fifth seed lost a French Open semi-final 6-3, 6-2, 5-7, 4-6, 6-1 to Novak Djokovic on Friday.

The 22-year-old got out of trouble earlier as he teetered on the edge of a straight-sets defeat to the top seed who has reached his fifth final at Roland Garros after nearly four hours on court.

Djokovic, with 17 Grand Slam titles, has managed to win only one final here, in 2016 when he beat Andy Murray in the final.

Tsitsipas was playing in his second semi-final at a Grand Slam after Melbourne last year, but was run down in the deciding set by his top-seeded opponent.

The Greek saved his first match point to stay alive in the third set and his second in the final game of the match before the relentless Djokovic put over a return winner to end the evening.

“He put up a great battle, it’s a pity he was a bit tired in the fifth set,” 17-time Grand Slam champion Djokovic said.

“But it’s understandable since we played for almost four hours.”