ATP The Australian Open The US Open Top Story

Tsitsipas fails to make a splash against Medvedev in Melbourne 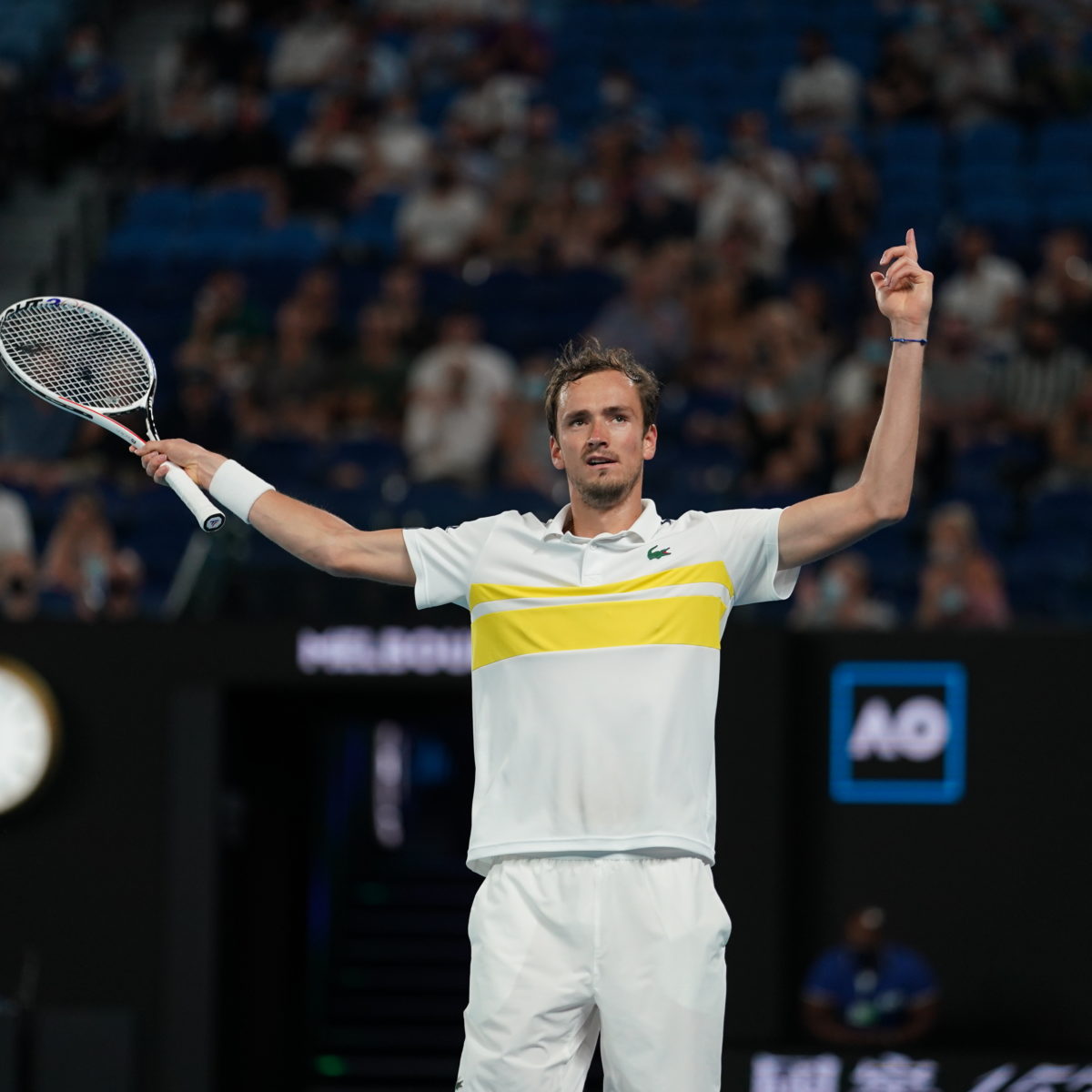 Stefanos Tsitsipas smashed a plastic water bottle to the court after going down a second-set break on the way to a 6-4, 6-2. 7-5 loss on Friday to Daniil Medvedev in their Australian Open semi-final.

The Greek fifth seed’s temper tantrum on a changeover after dropping serve to trail a set and 2-1 forced ballkids to their knees with towels to mop up the damage under the umpire’s chair.

The outburst turned out to be in vain as the player who knocked Rafael Nadal out of contention in the quarter-finals made his exit after just over two hours in his third Grand Slam semi-final.

Medvedev, seeded fourth and the third Russian male semi-finalist here,  stretched his win streak against Top 10 opponents to 12 on the trot, and a 20 match winning streak since Vienna in October 2020.

The 2019 US Open finalist hammered 17 aces and saved two of three points against his serve in steamy 29 Celsius night-time conditions.

He will fight for the title on Sunday against Novak Djokovic, who leads their career series 4-3.

Medvedev got into some minor trouble in the third set, leading 3-2 as Tsitsipas broke back for 3-all.

With flag-waving partisan locals in the world’s second largest “Greek” city after Athens getting excited, the chair had to call for calm as the drama mounted in the third set, 4-4.

Medvedev put the boot in as he broke for 6-5 with a backhand down the line and served out his place in the final a game later on the first of two match points.