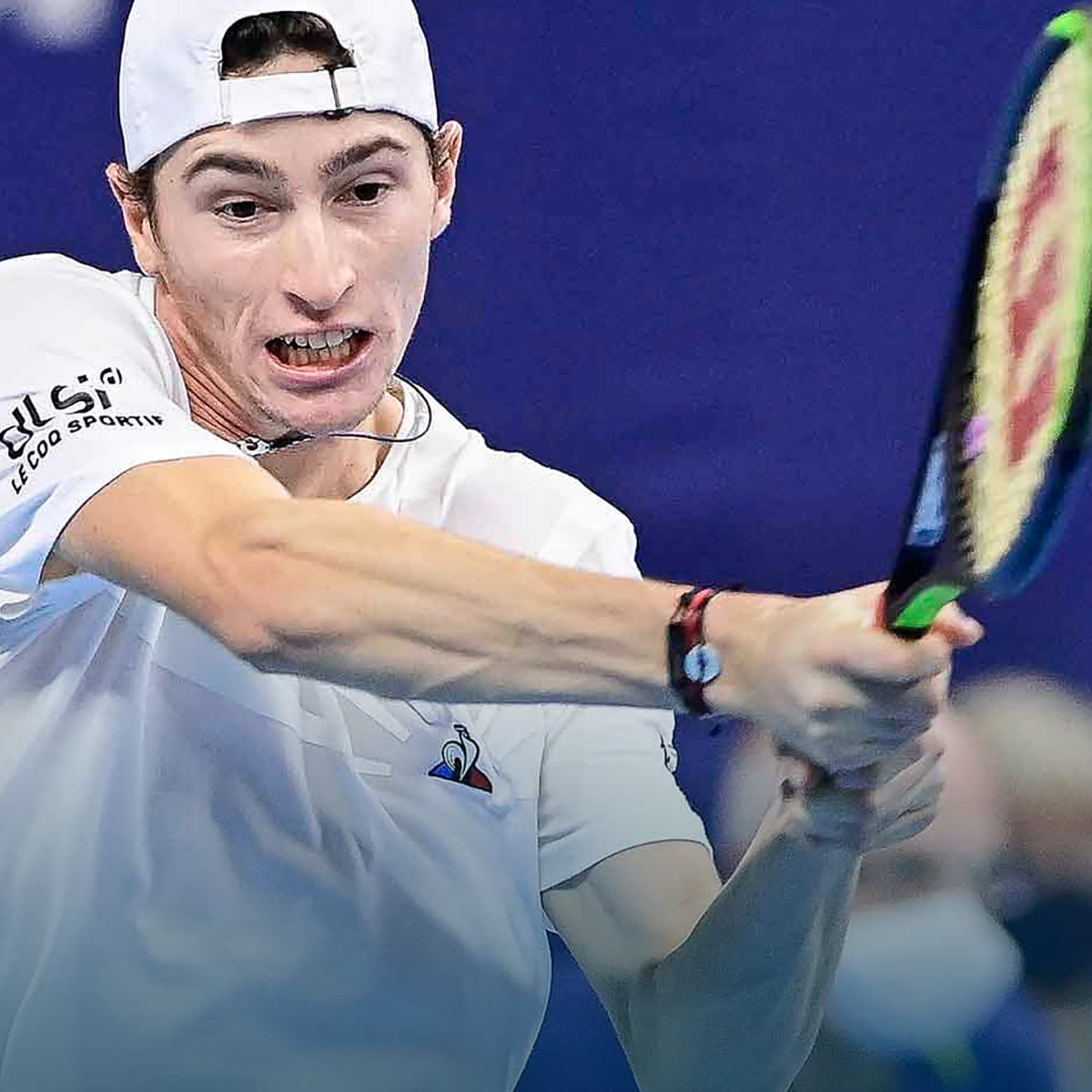 Stefanos Tsitsipas fought back to win the second set, saving three match points, but was unable to finish his comeback as the limping second seed took an opening loss on Tuesday at the Paris Masters,

Humbert, ranked 34th. earned his career-best 23rd victory of the season as he continues the bid for a third title this season after Antwerp.

“It was just really good tennis from him,” the Greek seed said after going out in the second round. “I was not confident.

“I’m sad, for sure. It’s a match and a tournament that I could have done better than last year (quarter-final loss in 2019 to Novak Djokovic).

“During the second set my Roland Garros (leg) injury came back; it wasn’t as bad as at the French Open, but it had me on the edge of things.

“I wasn’t sure if it was good for me to be out there.

“That’s not an excuse, for sure. I still fought and gave my best.”

Tsitsipas could not close the gap on his opponent despite 19 aces.

He now has a week and a half to heal before the November 15 start of the ATP Finals in London, where he is defending the title at the eight-man season wrapup.