Tough draw for Djokovic in Melbourne 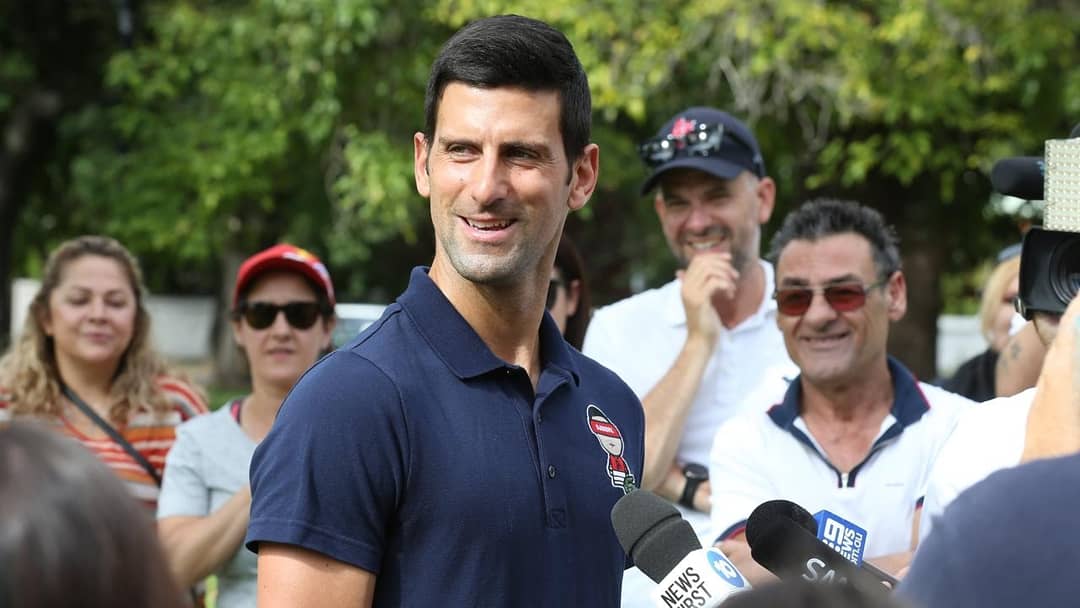 World No. 1 Novak Djokovic will begin his defence of his Australian Open title against Frenchman Jeremy Chardy after being placed in there toughest section of the men’s draw.

Djokovic is in a quarter with a number of quality players, including Alexander Zverev, Gael Monfils, Milos Raonic and Stan Wawrinka.

And there’s a good chance he would meet Dominic Thiem in the semifinals – a rematch of last year’s final.

No.2 seed Rafa Nadal has an easier task, opening against Serb Laslo Djere, and providing his niggling back injury holds up could face Stefanos Tsitsipas in the quarters.

Thiem is on track to face Argentinian Diego Schwartman in the last eight, as Daniil Medvedev faces an all-Russian clash with Andrey Rublev.

Denis Shapovalov will meet Jannick Sinner in a big first-round test for both players.

Grigor Dimitrov against Marin Cilic is an interesting battle, as is Matteo Berrettini v Kevin Anderson. Berrettini’s form has been impressive at the ATP Cup.