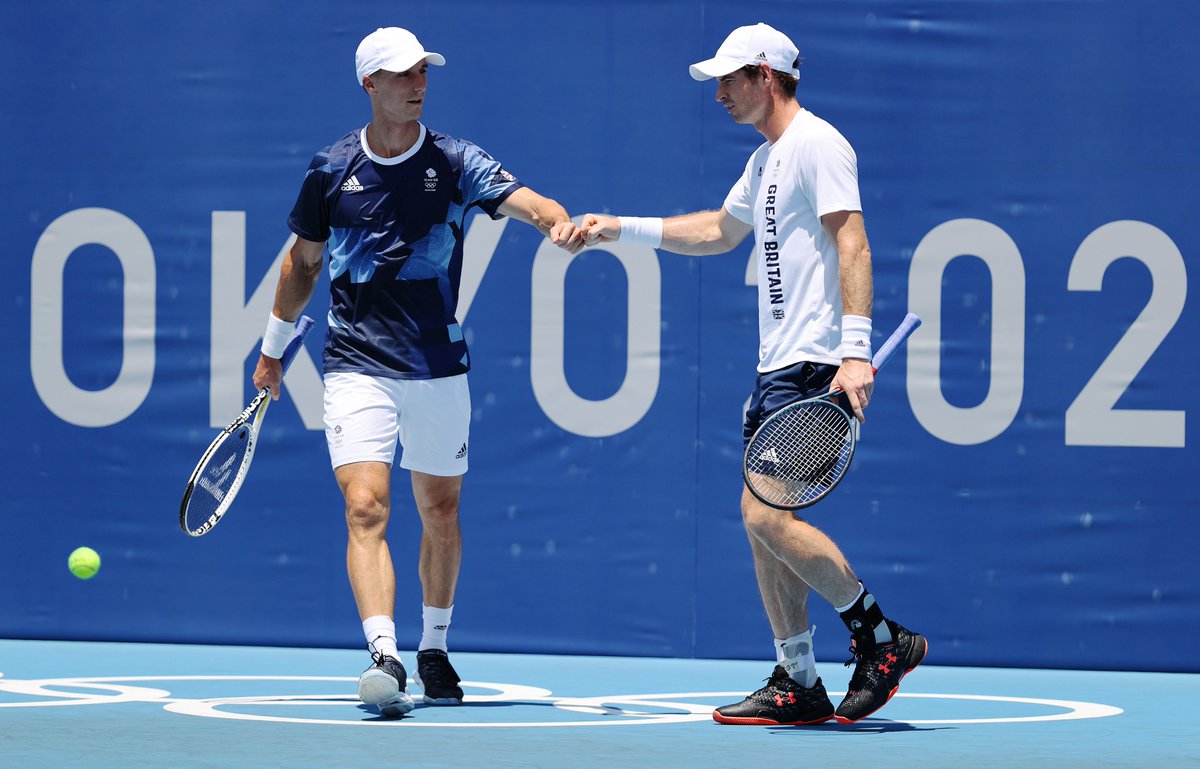 Andy Murray and Joe Salisbury pulled off a shock first round win over France’s Nicolas Mahut and Pierre-Hugues Herbert 6-3 6-2 in Tokyo.

The French duo were the second seeds and one of the favourites for a medal at Tokyo 2020, but Murray and his doubles partner held off an early challenge to take a 5-3 lead in the first set.

A service game win secured the first set as the pair harassed and chased Mahut and Pierre-Hugues at every point.

The second set was just as robust, with Murray producing a stunning tweener as Team GB finally broke their opponents to lead 3-2.

The pair then took control and patiently went through the gears and the games to win the match.

They will take on Germany’s Kevin Krawietz and Tim Puetz in the second round after they beat Argentina duo Facundo Bagnis and Diego Schwartzman in straight sets.